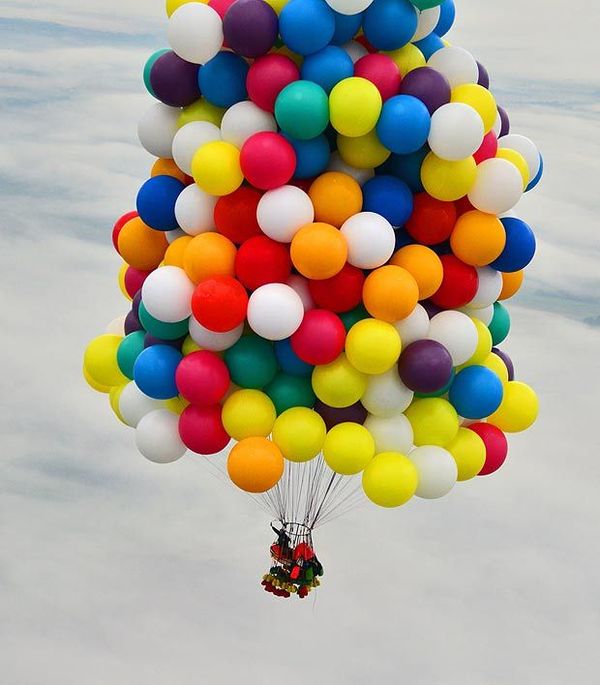 Looks like something from a movie (and is, a couple of ’em)…but this guy’s really going for it.

Jonathan Trappe is an IT Maine-based manager who decided to embark on an epic journey of his own – a trip across the Atlantic ocean using helium balloons. And if that’s not epic enough, he will try to navigate this thing by popping a few balloons to control his altitude along with the use of some ballasts. DANGER written all over it.

Rumour on the balloon street is that, a bunch of people have perished while trying to pull this stunt or have landed somewhere far far away…like, Oz  far away. For this guy it could mean that he ends up anywhere in between Iceland and Morocco. So hopefully he’s into couscous and/or Björk.

Here’s the whole article is you want more details of his journey. [via Let’s Build a Home]