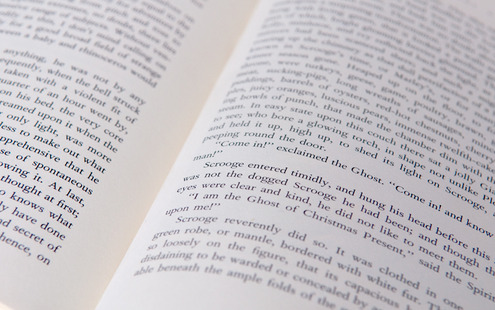 We all know the story. Most of us could recite the narrative from memory, and probably not miss any key points. But, this holiday season, I decided to snuggle up to the original, and read the whole of Charles Dickens’ A Christmas Carol.

And? It’s good. It’s really good. Dickens is a good writer…duh. It’s festive and seasonal, and the template for what many of us think of as an old fashioned Christmas…also duh. But something else happened to me, and I think you should read it, too. Not in the “let’s gather ’round the fire while dad recites ” ‘Twas the Night Before Christmas…” sorta way, but because this is a book about men.

Which, of course, is no big surprise. Most of “the canon” are books about men. Straight, white men, even. And this book is full of them…though Dickens can be somewhat lauded for the diversity of his characters circa 1840.

But, in reading the text for the first time, I was taken aback by how much this story isn’t really about the three spirits, or even about Scrooge. He’s really just a foil to explore the three other men in the book: Jacob Marley, Nephew Fred, and Bob Cratchit. Each of these men see Christmas in a certain light, which telescopes into how these men view the world and their place in it. If I were still in graduate school, I’d probably write a paper comparing Fred, Marley, and Bob Cratchit to Kierkegaard’s theory of the three stages on life’s way: the aesthetic, the ethical, and the absurd. But, (thankfully) I’m not, and I won’t get too deep here, so just read it. You’ll see. 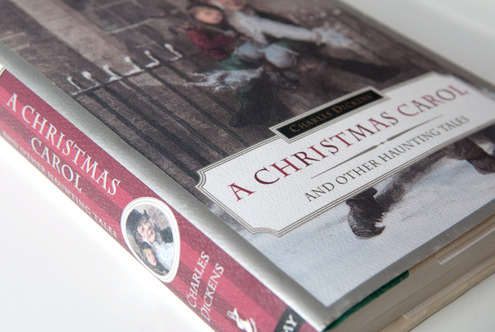 The book also manages a sense of mythology and rich symbolism that any movies or performances you’ve seen simply can’t convey. Sure, there are always spirits, but in the book, it’s not really seen as literally as someone taking the hand of a ghost and flying through the night. Dickens plays with the English language, and invokes the several ways to define the word “spirit,” and includes other fantastical references inside the concrete story that’s just impossible to translate into spoken words. It’s pretty great.

It’s not a long book… It’s a novella, divided into five parts, and you can read it with a single cup of hot cocoa. There are free copies of it online, but you can likely find a hardback version for under $5.00 most places, which’ll include other short pieces by Dickens. (I’m working through some of those now).

But it’s seriously worthwhile, and you’ll get something out of it even if you, like me, have watched three filmed versions every holiday season for decades. (I love the Michael Caine/Muppet version and the 1970 Scrooge with Albert Finney equally). I think it might even turn into a yearly tradition for me, and I look forward to discovering even more.

And with that, ManMade is officially on holiday break. Season’s Greetings to each of you, and I hope you find some comfort and joy.