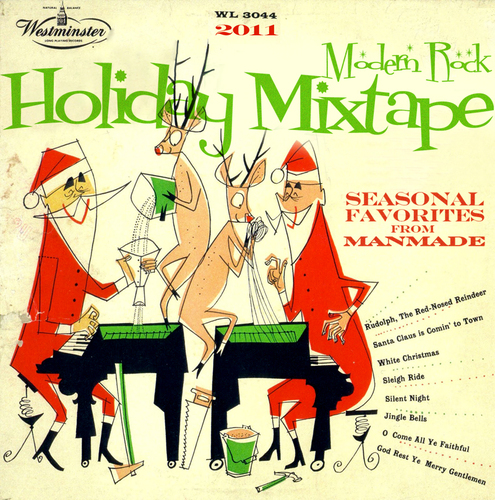 Last holiday season (ManMade’s first Christmas!), I created a mix of some of my favorite “alternative” Christmas songs, and it was a decidely huge hit with readers. The emails asking for another this year began in October, so seeing as it’s the season for giving, my gift to you: the ManMade 2011 Modern Rock Holiday Mixtape!

Over the past few years, I’ve sorta developed an obsessive hobby of trying to find non-Andy Williams or Nat King Cole Christmas songs to soundtrack the kind of holiday that I’ve come to love as an adult. I’ve now got a collection of almost 600 (thirty-five hours worth) of holiday and winter songs by indie and modern rock artists, as well as a few classics that get ignored by soft rock stations, that have come to sound like Christmas to me. I’ve assembled a free playlist of some of my favorites; just click the play button below and settle in for a long winter’s rocking out!