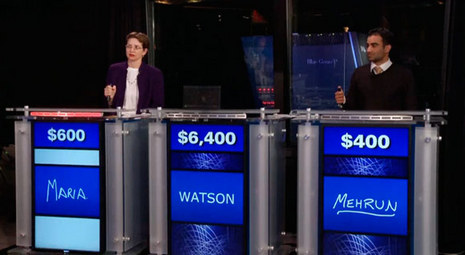 These days, Jeopardy is the only show I watch on live television. Sometimes, I’ll leave the news on while I’m cooking dinner or working on projects, but everything else comes through DVR, Hulu, Netflix, etc…

And, tonight, at 7:00p on my local network (yours will vary, of course), the guy in the middle will look a little different. Cause he’s a refridgerator sized super computer. 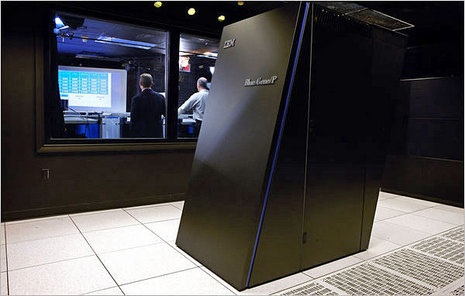 IBM supercomputer Watson is set to challenge encounter against Jeopardy champions Ken Jennings and Brad Rutter. Jennings won a consecutive 74-games, and Rutter more than 3.3 million dollars, and Watson is a giant machine.

Read more about the event on Wired, and head to the New York Times blog to play a game against Watson right now! For real, I’m doing it as we speak. I’m also winning, but it’s mostly because I get to answer first every time. 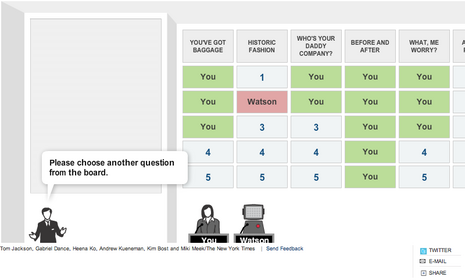