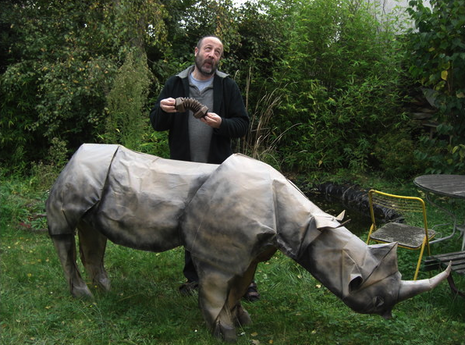 I always sucked at paper folding. I would, inevitably, get a book/paper combo pack each year for Christmas, and I’d lie down amidst my new toys, trying to take on a simple star or boat. But I always had a hard time translating the step-by-step photos, and my creases were always soft and wrinkly, and could only master the “crumble.” 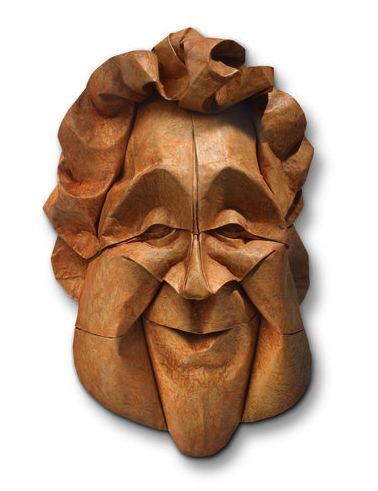 So my respect for the work Eric Joisel is unyeilding. The New York Times recently featured Joisel’s massive, collection-worthy origami efforts…unfortunately in the obituaries. Mr. Joisel died from lung cancer at 53.

The French artist is featured in the 2008 PBS documentary Between the Folds which I’ve had in my Netflix queue for months. It’s available for streaming now. 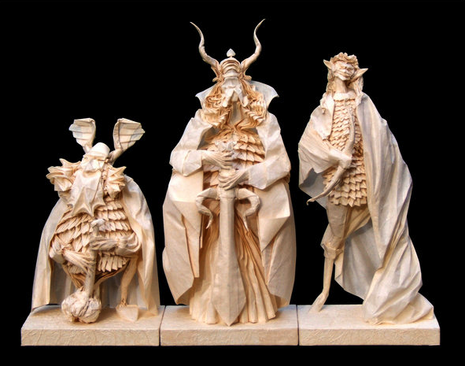 Originally trained as a sculptor, Mr. Joisel was largely self-taught in origami, and his work resembles that of no other artist in the genre. Part sculpture, part paper-folding and all rigorous engineering, his art embodies people, animals and fantasy figures in an array of dimensions from palm-size to life-size.

To devise the blueprint for a single figure could take him years. To fold one could take hundreds of hours — a very large work might entail a rectangle of paper measuring more than 15 feet by 25 feet, roughly the size of a New York studio apartment. No two figures were precisely alike. 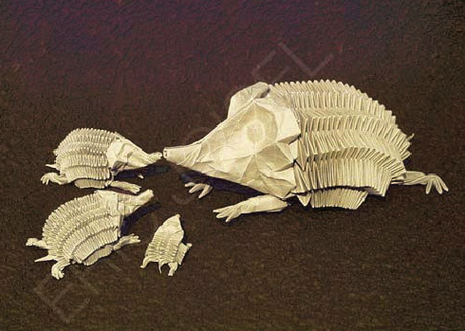