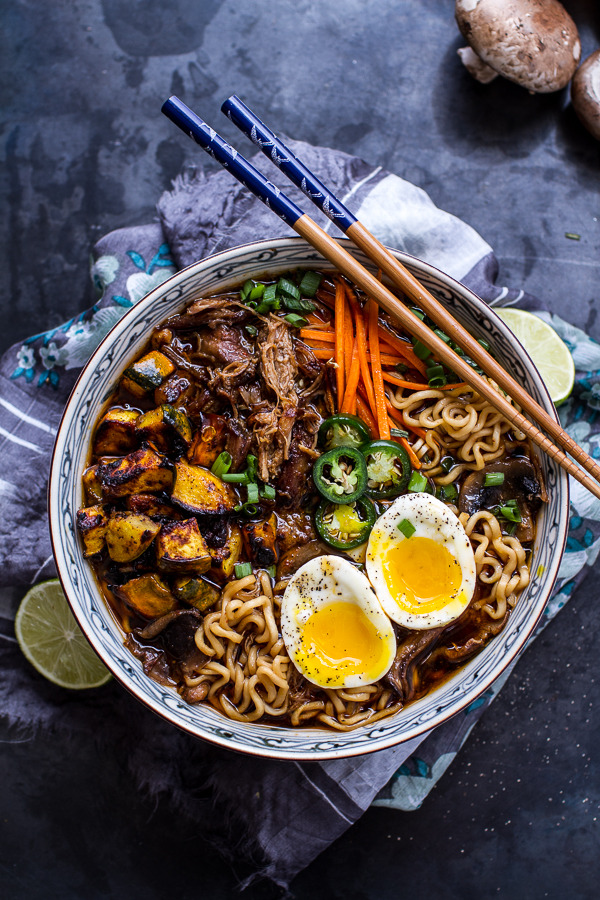 I did not grow up in a “crock pot” family. We had one, an old avocado green job my parents got from their wedding registry. And, though I'm sure it got used, it wasn't something that characterized the food in our house. My wife's parents, on the other hand, were both doctors working day shifts, and according to her, nearly every thing her mom cooked came from the slow cooker. And, says my wife, protein + a mix of canned foods = dinners, all which tasted basically the same… like “crock pot food.”

So, our household is a relatively new convert to the slow cooker… but: these things are awesome. Not 'cause they allow you to mix together a bunch of processed foods and call it a day, but because they allow you to achieve a low and slow, braise-like technique that's so essential for winter-time foods. It's the season of soups and stews and slow cooked goodness, and, with a little proper technique, can safely create all-day cooked foods without having to watch the pot. So, these are not just grandma contraptions or the mainstay of busy moms, but a real piece of cooking equipment that every guy should keep around and learn to love. 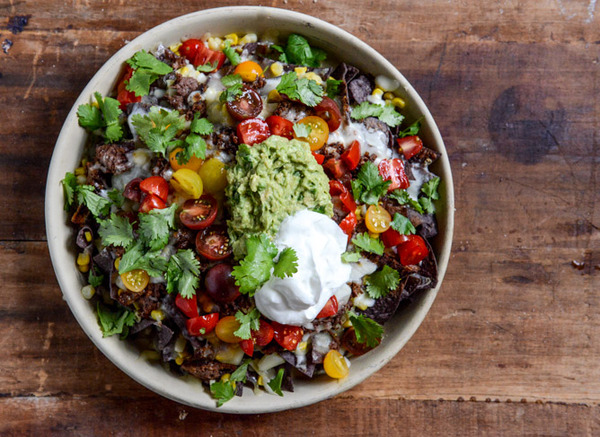 Recipe and hilarious commentary from Jessica at How Sweet Eats 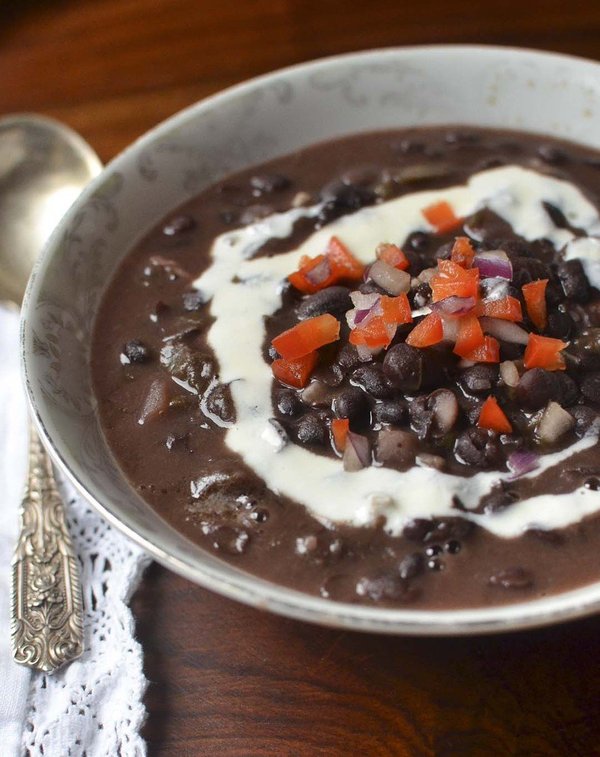 3. Mrs. Garcia's Cuban Black Bean Soup – Technically, this recipe doesn't called to be made in a slow cooker. But, it's super good, and the instructions read, “The soup was extremely easy and quick to prepare — it took me 5 minutes to refill the bean pot and add the vegetables. It cooked, long and slow, and covered with a lid so I didn't even have to worry about the water boiling off.” So, sounds like slow cooker territory to me. If you must have an intended recipe, this one from Cook's Illustrated is nice.

Snag the recipe and review at The Kitchn: Mrs. Garcia's Black Bean Soup 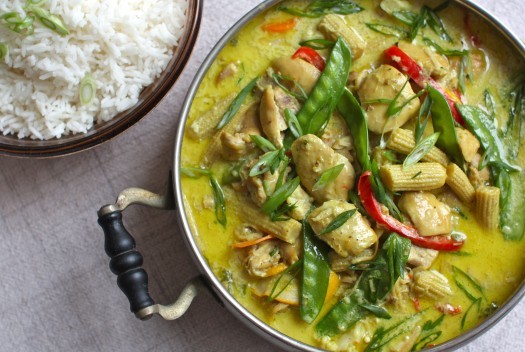 4. Slow-Cooker Coconut Ginger Chicken & Vegetables – This one looks like a great starting point to try different flavor combos. If you read the comments, some readers suggest doubling the spices and other bold flavors to step it up a bit, but the idea of chicken thighs+coconut milk+crazy amounts of frozen veggies+spices is a good one. Add curry powder to tinge it a little more Indian, fish sauce and chiles to go Thai, etc. 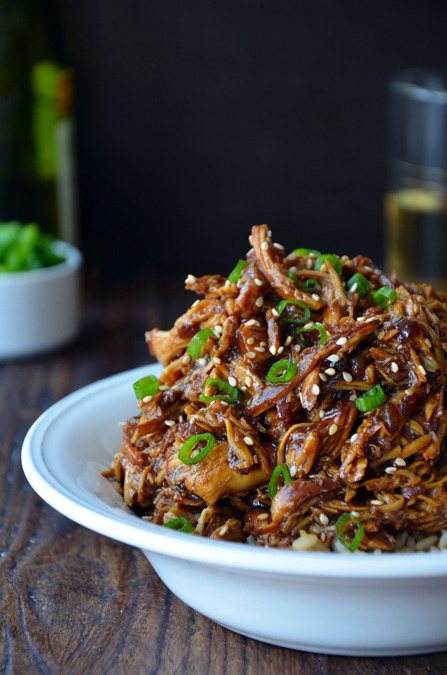 5. Slow Cooker Honey Garlic Chicken – This one is inspired by classic Chinese take-out dishes like orange chicken, General Tso's, Mongolian beef, etc, except its 1) not deep fried and 2) uses honey (and jam!) for sweetness instead of loads of sugar and corn syrup. Plus, it looks like it would freeze much more successfully, so its worth cooking up a whole crock to keep on hand.

Find the recipe and details from Kelly at Just a Taste 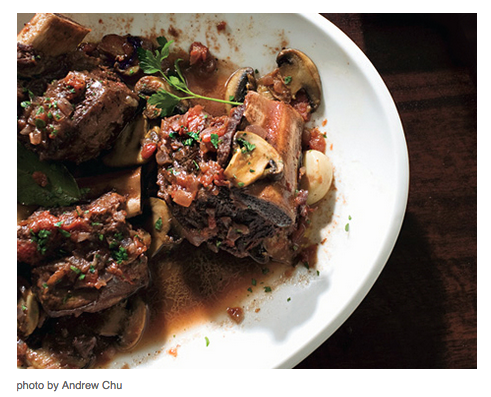 6. Slow Cooker Braised Short Ribs – This recipe from Bon Appetit shares the basic techniques for breaking down this tough but super flavorful cut of meat. Again, checking the comments reveals ways to boost the depth of flavor – browning the meat and aromatics, deglazing, etc.

Check out the reviews, then make a whole heap of these guys and enjoy.  The recipe is at Epicurious. 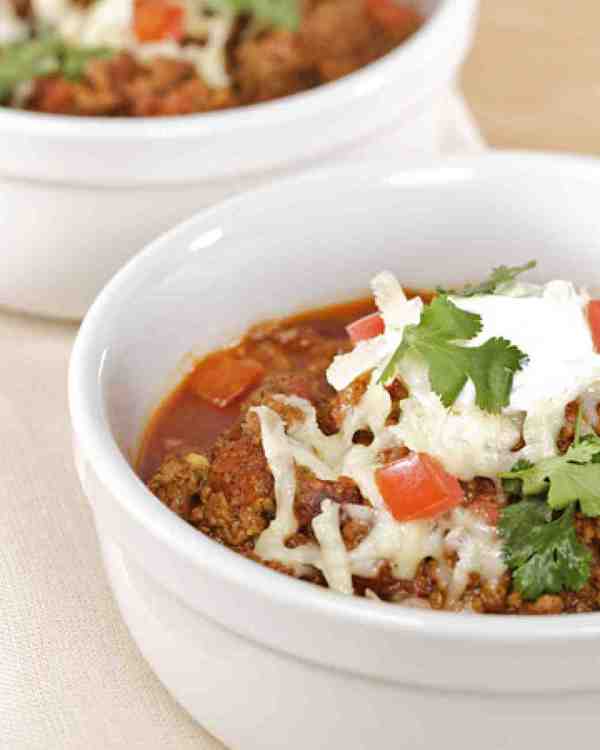 Check out the video to watch his process at MarthaStewart.com 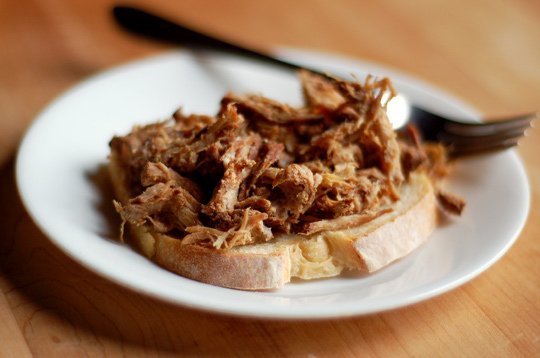 8. Ultimate Cheater Pulled Pork – Lastly, apparently, you can make passable “barbecue” in your slow cooker with this curious recipe from The Splendid Table. The Kitchn's review says, “Really, we can't say enough good things here. We couldn't believe how good this was given that the meat never went near an actual barbecue or smoker!”

A true “dump and cook” method that creates low-and-slow like pulled pork flavors? Worth a shot.

Check out the step-by-step technique and review at The Kitchn.