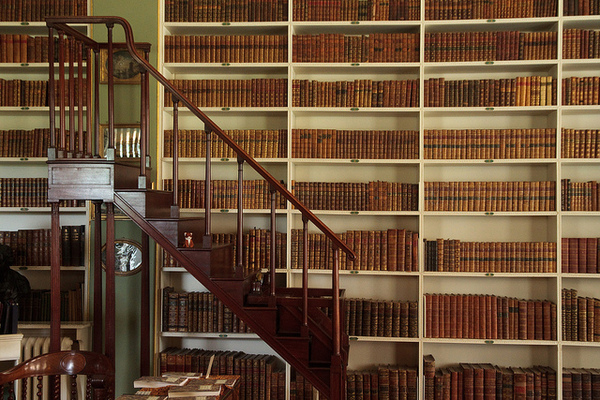 The Cabinet of Invisible Counselors is a term coined by success-guru Napoleon Hill referring to the great thinkers and authors whose work he found influential, whom he would summon in his imagination to consider their opinions on the tasks before him. Similarly, you may have heard the statement that, “You are the sum of the five people with whom you spend the most time.” Combining these two ideas has been one of the great decisions of my life.

Whatever goal you're aspiring to achieve as a man, whether physical, spiritual, familial, etc., you want to surround yourself with those who have achieved that very thing or who inspire you to dutifully pursue that task. Often times those great men are around you at work or in your personal life, but often times they're not. Reading – especially reading from the minds of great men and women – allows you to keep the thoughts of those great minds near you, even though the writer may be many years gone. While I highly suggest checking out the works of some of the greats like Thomas Jefferson, Frederick Douglass, Ernest Hemingway, and Teddy Roosevelt himself, there's a quote by David Leach which says, “Don't follow your mentors; follow your mentors' mentors.” In other words, eat closer to the metaphorical ground and put your mind through some of the same intellectual training that these fellows did. 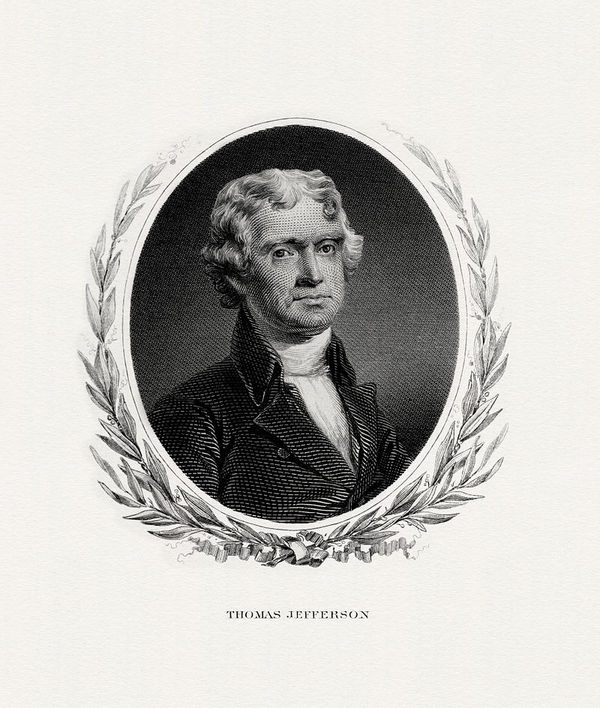 You might know Jefferson as the 3rd President of the United States or the man who wrote the Declaration of Independence. He was also known as an intense lover of education and books in general. In 1814 all the books in the original Library of Congress were burned by British Troops and a year later they were replenished by Jefferson's personal collection of 6,487 books. The man was such a lover of both reading and innovation in fact that he had a rotating bookstand that could hold five books open at once. At the spritely age of 76 he founded the University of Virginia as a secular institution in which the library – not the chapel – held primacy. A figurehead of literary ambition, Jefferson often received requests for book recommendations. So often in fact that he ended up dividing them into specific categories: Ancient History, Philosophy, Literature/Epic Poetry/Play, Politics/Religion/Modern History, and Science. Jefferson in particular was a big fan of Cicero and interrogated Plato's Republic as an early model for the American system of government. 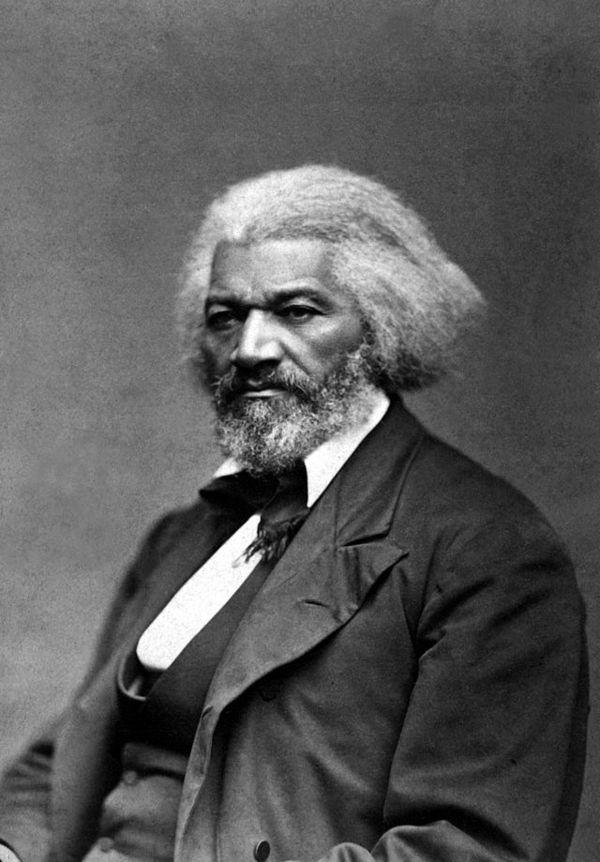 Frederick Douglass was born a slave in Maryland and first taught to read the alphabet by his master's wife, despite the fact that they were breaking the law in doing so. His master vehemently disapproved and eventually his wife discontinued the lessons which only fostered Douglass' voracious desire for knowledge. He began reading everything he could in secret, believing (as he later often said) that, “knowledge is the pathway from slavery to freedom.” Douglass credits The Columbian Orator as one of the great collections of literature which helped form his mind at a young age. After escaping slavery at age 20, Douglass went on to become one of the 19 century's greatest orators and abolitionists following the publication of his autobiography (now in the public domain and a personal favorite of mine) Narrative Life of Frederick Douglass, an American Slave. Douglass' personal library became a part of the National Park Service in 1962, holding thousands of books (view the list in full here). The Art of Manliness link features 85 of his personal favorites which ranged from Christian apologetics to popular novels to history and science textbooks, while also including random subjects such as dentistry and knitting. 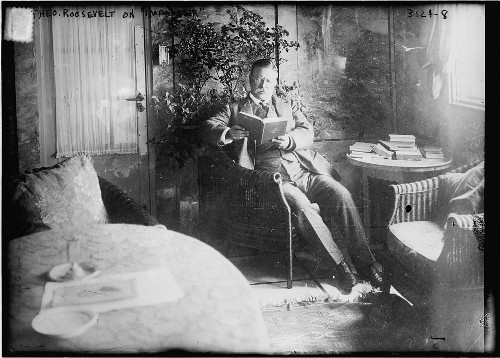 I have a hard time getting through a week without singing some of Roosevelt's praises. The man had his shortcomings to be sure, but his intellect and appetite for literature was unparalleled. Roosevelt notoriously read a book before each meal at certain points in his life (often in a variety of languages), but also was known to mentally disappear in his entirety into a book. As a contemporary biographer of his wrote, “his occupation for the moment was to the exclusion of everything else; if he were reading, the house might fall about his head, he could not be diverted.” In particular, history has noted Roosevelt's love for Audubon's Birds of America and Alfred Mahan's Influence of Sea Power Upon History (also in the public domain). The full reading list he wrote out to a friend (in the original order he wrote it) can be seen here at ArtOfManliness.com although I highly recommend viewing the actual copy with his notes for wonderful asides such as, “Some of Michael Drayton's Poems – there are only three of your I care for.” I also highly recommend taking a look at Edmund Morris' three part series on the life of Theodore Roosevelt himself.

And finally, what reading list is complete without hearing from the outspoken, manly man himself. I recently learned that what I lack in bullfighting skills, I share with Hemingway in the reading multiple books at a time department – sometimes as many as ten. Hemingway read an average of a book and a half a day, including three daily newspapers at least. Apparently, he would even bring a duffel bag full of books with him on traveling trips, and he spent the majority of his afternoons and evenings reading, if only to keep his mind of critiquing what he'd just written. In true Hemingway fashion, the man read mostly great literature so, “he knows what he has to beat.”

Check out his full reading list here, plus here's a great interview he did with the Paris Review about his reading and writing process.