All it takes is a bowl of fresh potato salad to take you back to the good old days.

When it comes to potato salad, most of us don’t like experimenting with it. Not because you’re scared of ruining it, but because we’re totally in love with its simple flavors. When you think of potato salad, you remember a classic old-school recipe that doesn’t have any “weird” stuff.

No matter how simple a perfect bowl of potato salad may sound, trying out a new recipe could give you the best side to bring to a BBQ. It also rightly compliments a fresh fruit bowl, baked beans, and burger.

This easy and classic recipe requires minimum effort and ingredients to give out a burst of flavors. It might be a pretty bold claim to say it’s the best potato salad, but we’re saying it!

Follow the recipe step-by-step and impress your loved ones with this traditional potato salad recipe.

If you’re looking for another simple salad recipe,  you can also check out this Corn Tomato Feta Salad recipe. 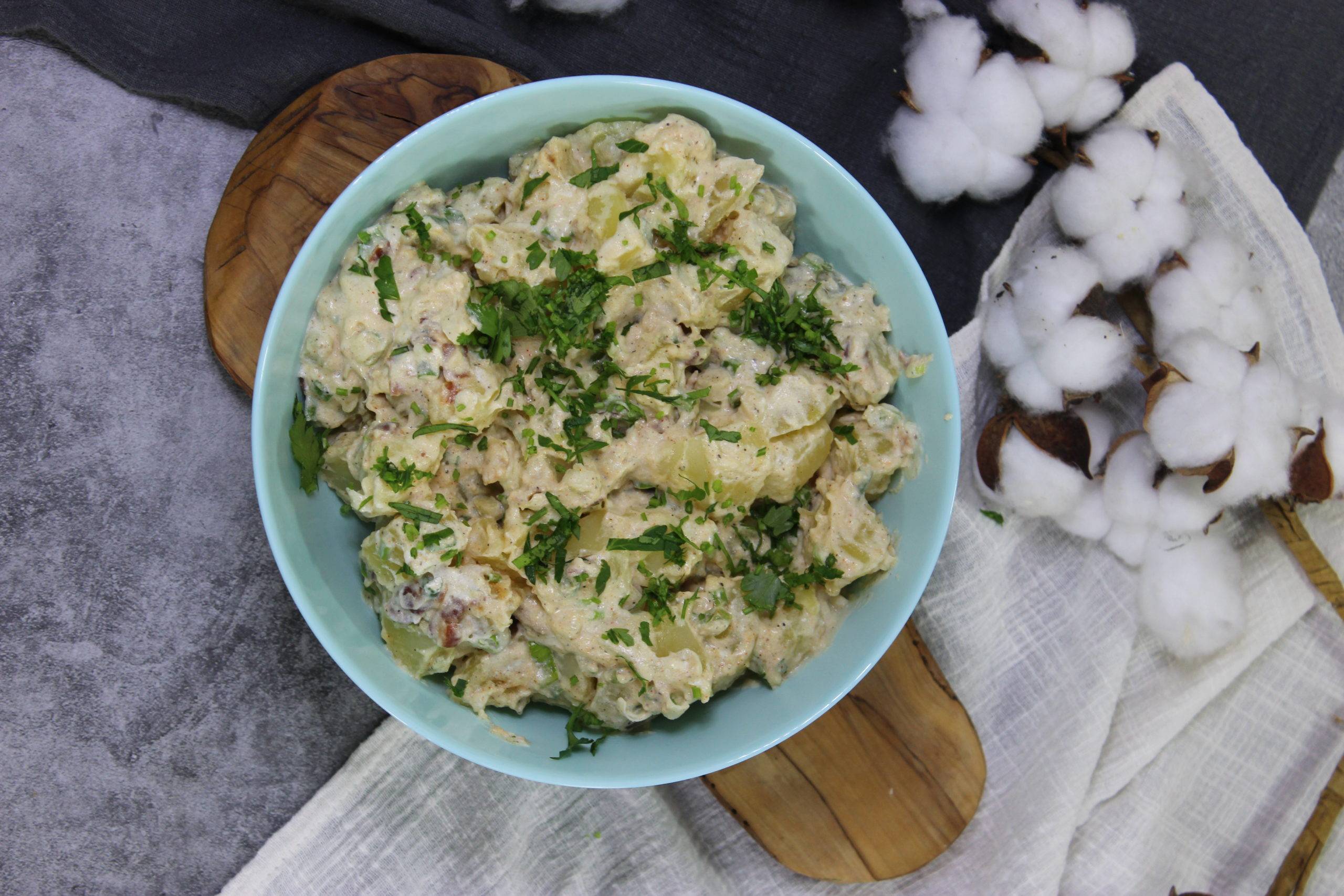 The potato salad that people make these days often has a twist of extra ingredients that does not let the salad stay “traditional”. These ingredients make it taste different, which never satisfies in the same way as your mother’s old recipe.

You can prepare this potato salad with a handful of ingredients. While it’s a simple potato salad, that does not mean it lacks mouthwatering flavors. It’s bursting with flavors. And also it’s healthy. You don’t have to spend your whole day preparing it because this salad can be made in less than an hour.

So, if you want to impress people with your cooking skills, scroll down and follow the recipe.

Here’s How To Make This Mouthwatering Dish:

This recipe does not require you to follow any complicated and hard-to-understand steps.

You can begin the process of making traditional potato salad by cleaning potatoes under running water. Then peel and cut them into small diced pieces. Cutting potatoes will speed up the process and reduce the boiling time.

Boil the potatoes for around 25 minutes. 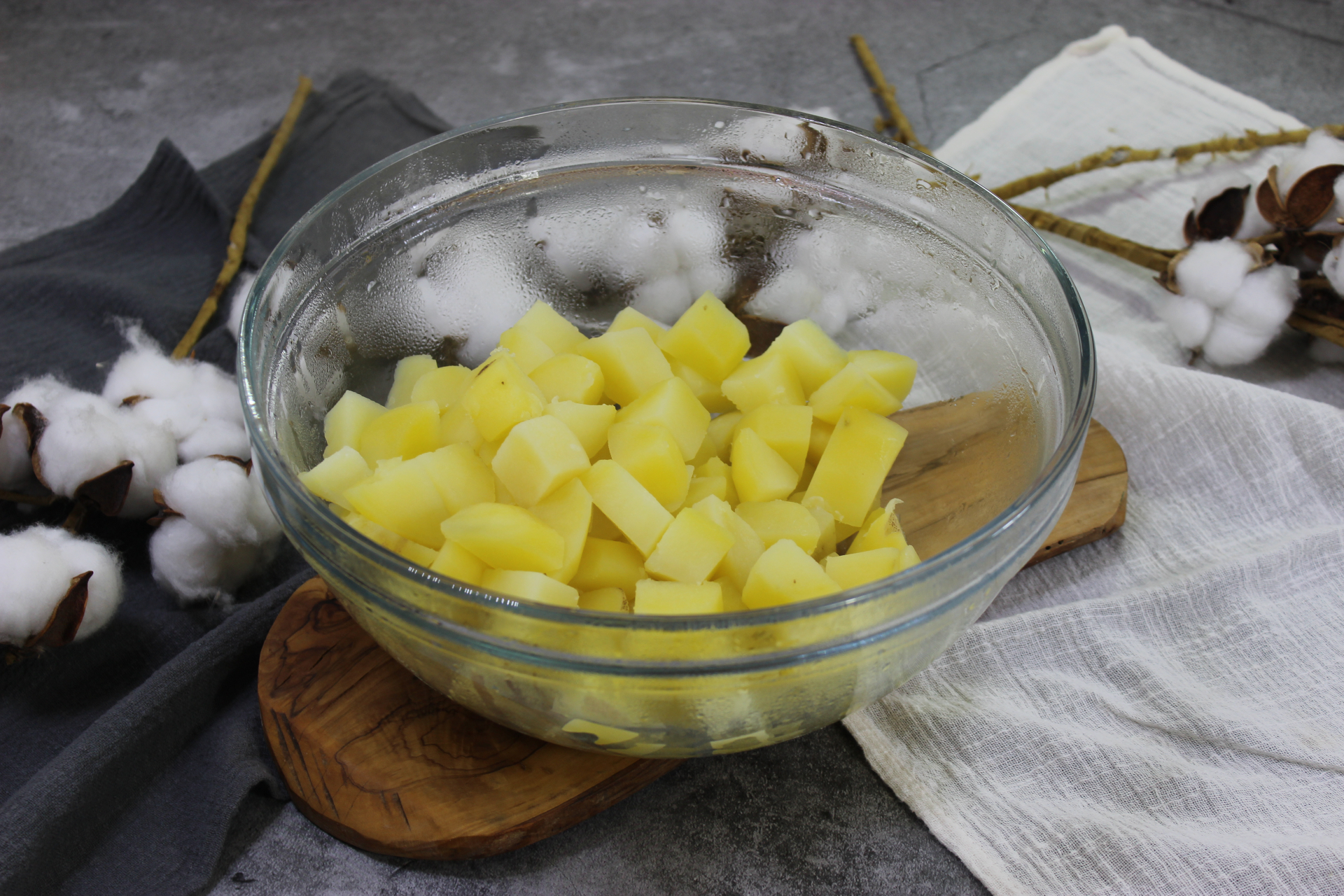 After that, keep it aside and let it cool. Once the potatoes are done, you can move towards the next step.

Take six green onions, clean them, and finely dice them.

To add extra flavors to this traditional potato dish, you can add bacon. For this, fry eight bacon strips then cut the bacon into small cube shapes.

Once your green onions are diced and your bacon is fried, you’re ready to move on to the mixing.

This step requires you to add the ingredients. Start by transferring the boiled potatoes into a bowl. Then add cooked bacon and green onions to it. After adding all the items, mix them thoroughly. 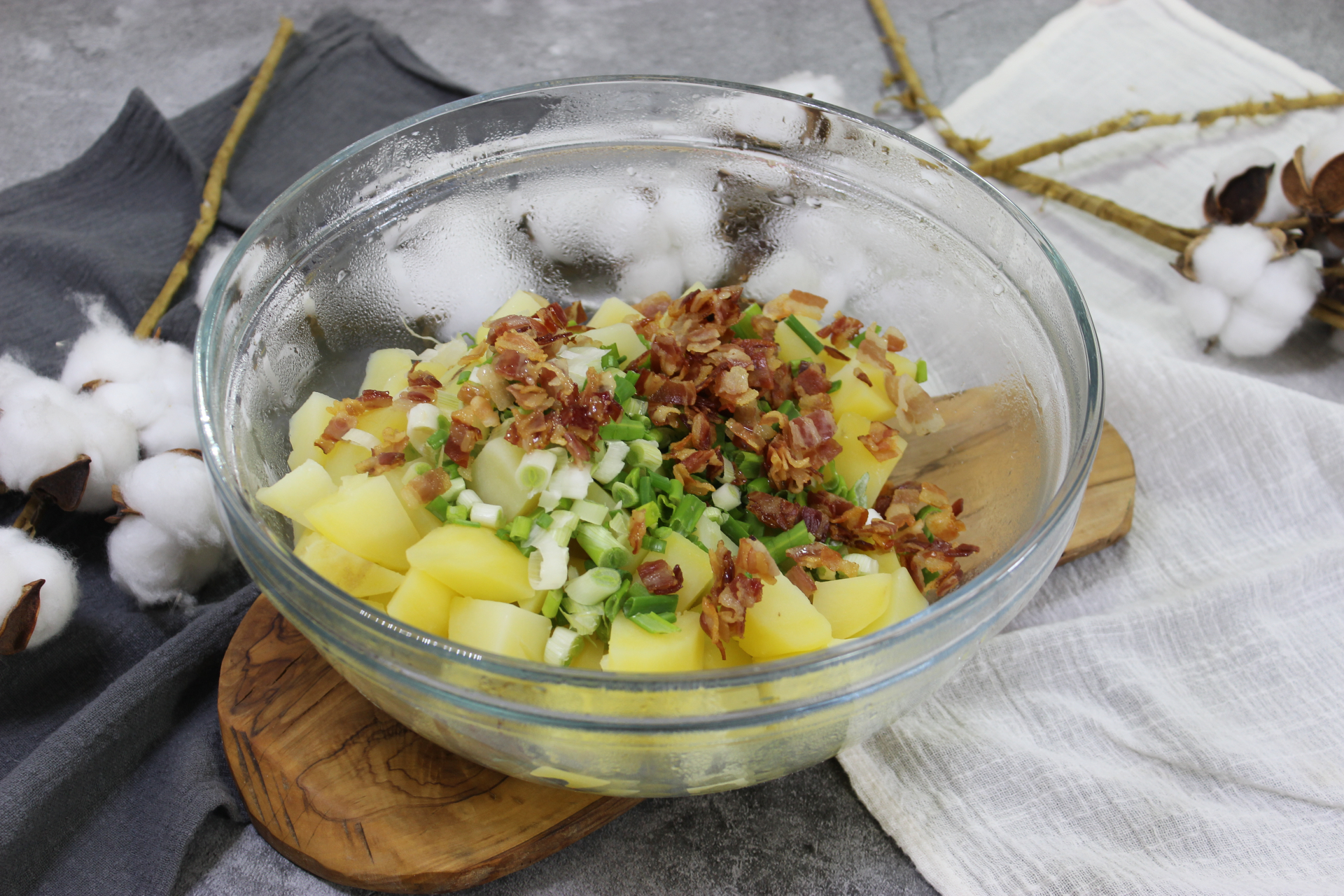 While the potato mixture sits, you need to take care of the salad dressing. For the dressing, you need 3/4 cup mayonnaise and a 1/2 cup of sour cream. Mix them until thoroughly combined.

To the sour cream and mayo mixture, add 1/2 teaspoon of smoked paprika plus salt and pepper to taste. 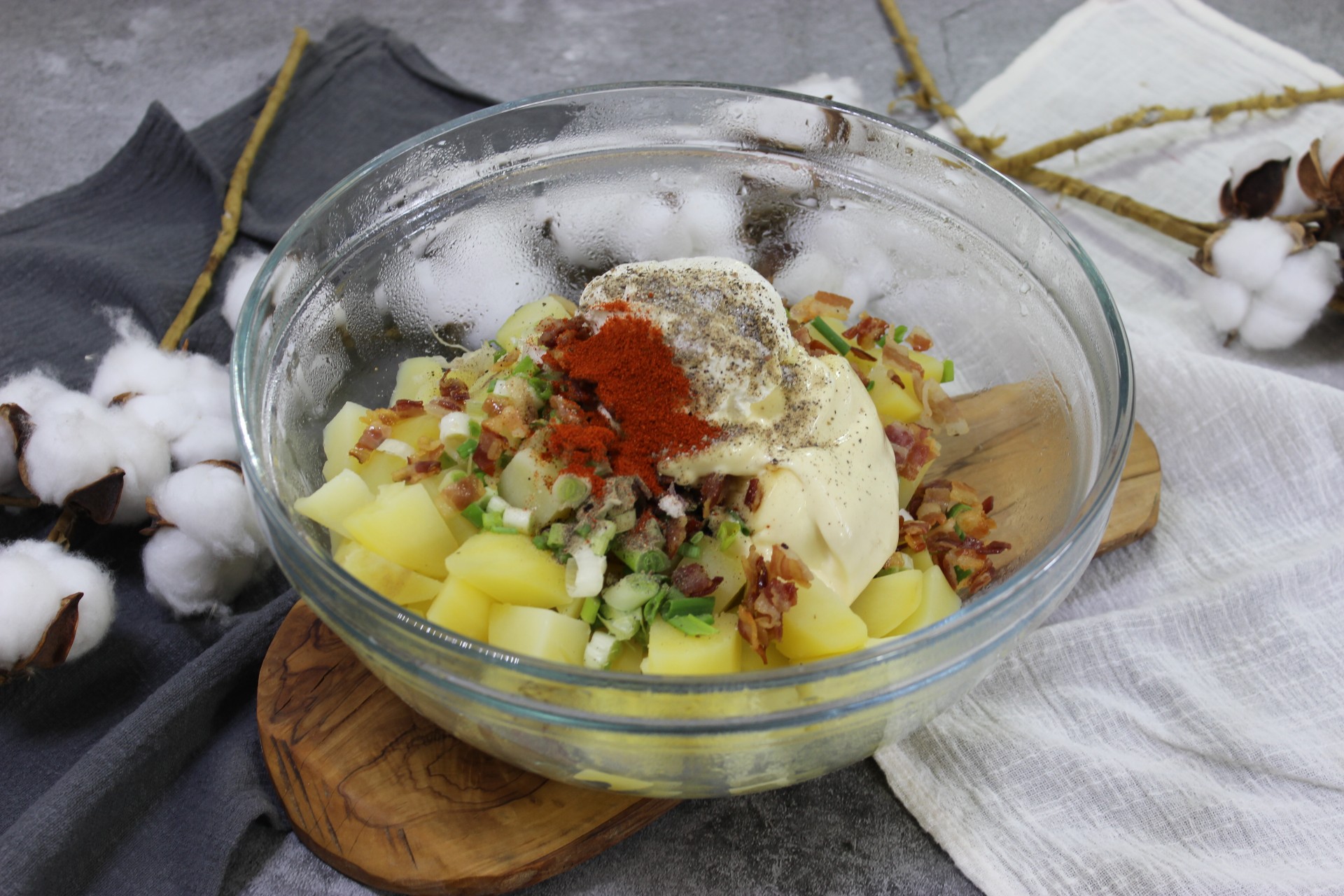 Mix the dressing into the potato salad. Combine them until each piece of bacon gets perfectly coated with the dressing. Once everything is combined well, you can serve it and enjoy it with your family!

Key Notes When Making This Recipe:

Why Do We Love Potato Salad?

Potato salad is made with quite a few ingredients that include onions and bacon beside potatoes. These things enhance the flavors, give it a crunch, and make the salad healthy. Besides the remarkable taste, another reason to have potato salad is that it’s a good source of potassium and Vitamin C.

What Else Can You Serve With It?

Potato salad makes a complete dish in itself. But if you want to serve it with something, you can have chicken, baked ham, steak, grilled shrimp, grilled fish, barbecue ribs, and hamburgers.

If you have any other dish on your mind, you can serve this delicious potato salad with it as well. That’s because this salad makes the perfect side dish.

Can I Freeze My Leftover Potato Salad?

If you want to, you can freeze potato salad, though it is one of those few dishes that does not taste the same after freezing. That’s because this salad has mayo, which separates when frozen. And even after defrosting, it won’t get its same original texture and taste back—but it will be close!

You can copy out the recipe below for a condensed version to use in the future:

Note: Avoid using bigger-sized potatoes because then it will take a lot of time to boil, eventually increasing the preparation time.