“Beloved, we join hands here to pray for gin. An aridity defiles us. Our innards thirst for the juice of juniper. Something must be done. The drought threatens to destroy us… Children, let us pray.” –– Wallace Thurman

Gin has some great quotes attached to it. Thurman's is one. Then there's Churchill's quote about a martini being a drink of cold gin while looking at a bottle of vermouth (Churchill has quite a few gin-specific quotes). Gin is there in the art of the 18th century, its in bathtubs during prohibition and in martini glasses in the roaring 20s. It pairs with tonic and soda, but is supreme in a true martini.              It's a clear liquor, but it can have more animated dynamism than aged rum or brandy. It's exotic and aggressive. As Orwell narrated it, it's “like nitric acid, and moreover, in swallowing it one had the sensation of being hit on the back of the head with a rubber club. The next moment, however, the burning in his belly died down and the world began to look more cheerful.” It's classier than whisky. It's cooler than vodka. It's more dynamic than rum or tequila. It's a draught that requires a real sense of moderation to master, because it can be off-putting to an immature palate, but also it can drown a heavy drinker with its easy and smooth texture.

In the summer, gin shines with a particular brightness. It has an array of tasting notes––juniper, sure, but also botanical flourishes like jasmine and rose hips, spices like fennel and grains of paradise, among many other things, depending on the variety––so it goes along very well with the bounty of Summer produce. If you like tonic, gin is the perfect accompaniment to stand up to the sweet-and-bitter notes of the wormwood. If you are into Summer cocktails, a gin fizz or a Tom Collins are classic and perfectly balanced accompaniments to a poolside, a lakeside, or an evening in a bustle of company. (The now-underrated Collins is a great example of gin's versatility––after all, how many liquors are as suited to floating a cherry as to floating an olive?)

There's also REAL diversity out there when it comes to gin. Where it sits on shelves next to the much more popular vodka, the latter has price points based on filtration meant to absolutely nullify the taste of anything at all in the final product. Gin, by contrast, celebrates its differences, even though it always enjoys less shelf space. You can try an array of gins and find real (and often very subtle) differences. Here are a few of my favorites: 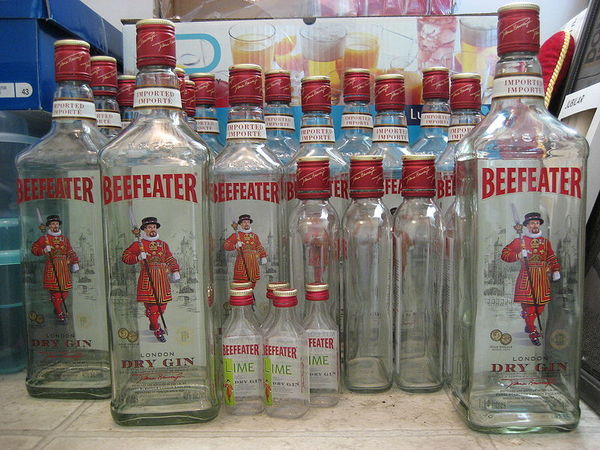 This is a go-to, standard, not-too-exciting-but-reliable gin to use as a baseline. It is probably one of the most popular on the market and its a workhorse in the cocktail and mixed drink department. If you are new to gin, this is a good place to start because it comes with no real surprises or risks. Try it in everything, and when you have a taste for gin, start looking for something more exciting.

This is a widely available gin, but one that has stepped up its “interesting” factor quite a bit. So you can think of it as a better-than-beefeater alternative when you want to splurge on something a little special. The ubiquitous juniper here is made to be spicier and more tactile with the addition of some spices that don't appear in every gin. I find this to be a great gin to use in a Gin and Tonic––the spiciness really stands up.

Now we're looking at some gins that are still widely available, but won't be in every store. (There are even more smaller and regional gins that I have not listed here because it is too uncertain that they are find-able. But the internet runneth over with reviews of swanky, small-scale gin opportunities if you get that into the spirit.) Bluecoat tastes like the classiest version of gin to me. This is NOT a “London Dry” style gin, as are the previous bottles. This is an American style gin that is copper pot distilled and it has entirely its own thing going. It is smooth but also very expressive. This bottle is BEGGING to show up in a martini glass in a jazz club somewhere. If you don't feel cooler than you've ever felt while drinking this, you are missing out on part of what makes it great. 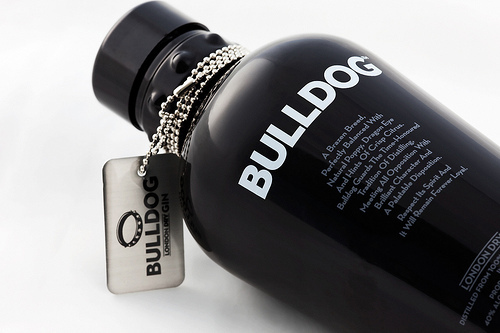 Having stepped away from the London style of dry gin, Bulldog is a celebration of gin's working class roots. This is the very definition of “mother's ruin,” and the black and foreboding bottle only serves to magnify its risky dimensions. This is a gin that steps away from the one-noted, juniper-forward kinds of flavors in the lower end of the spectrum and really shows off how gin can carry different kinds of flavors and experiences. This one drinks well no matter how you have it.

For a long time, Magellan was a very sophisticated, European-style gin that was set apart by its blue hue (achieved by including iris blossoms at the final stage of infusion). But in the early 2000's it seems the recipe was changed; now it is back to normal. It is not an easy bottle to find, but it is delicate and exceptional when you do find it. This is a gin that showcases what this liquor can be, and it clinches the fact that, among clear liquors, gin rules supreme, even as it breaks the rule by not being perfectly clear. When you sip on this, it feels like you are drowning yourself in a potion or a magical liquid stolen from the gods. It is simply special.

A few more things about gin…

Just to keep your head about you if you are jumping into the juniper waters, there are a few other things you might come into contact with that are worth clearing up.

First, “Sloe Gin” is gin that has been infused with “sloes” which are European fruits that are plum-like but also sour and astringent. The resulting gin is usually sweetened with sugar and is lower in alcohol content than a standard gin. It is regional, but appears in some cocktails.

Second, there are gins that are beginning to be aged in used whisky barrels. This is often done for a short period of time, leaving a product that is all gin, but also a little bit of whisky. Since this is new, new varieties show up all the time. (Bluecoat just put out a version, for example.) Taste with a critical eye.

Finally, on martinis. Shaken or stirred, as a Versper a Gibson or a Dirty Martini, the root of this cocktail and its essence is gin. If you like vodka instead, that's fine––everyone's preferences can be honored in the glass. But let there be no mistake: a martini is a gin cocktail, plain and simple. Anything that is not that is a variation.