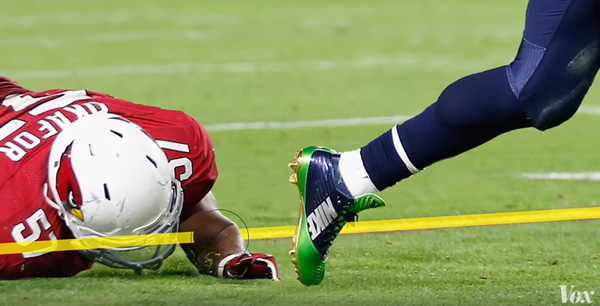 I remember as a kid wondering how the NFL painted the yellow lines showing the the first down marker on the field, and knowing that it was likely some sort of CGI interface, but I could never figure out how they could do that while moving the camera or cutting to different angles. I sort of forgot about the quandary until I came across this video from Vox explaining the history of the technology which I found both fascinating and engaging.

The tech was originally invented by a team of engineers at Fox Sports to help boost hockey broadcasting numbers by superimposing a blue glow around the puck and giving it a red trail whenever it was hit over 70 mph. The technology never caught on, but the engineers went on to found Sportsvision, which eventually revolutionized the way we experience American football.