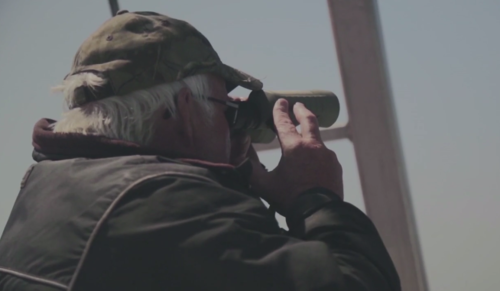 For nine days and nights documentarian and member of the film collective Jungles in Paris, Oliver Hartman lived life among four harpoon fishermen in Nova Scotia, capturing the day to day travails and joys on the hunt. The men scan the Canadian waters between July and September, since their method of spearing their prey allows them to only catch what they can physically see.

The Harpoon Fishermen – NOWNESS from NOWNESS on Vimeo.

The four and a half minute film not only captures the unique pace of living life at sea, but also some incredible accents so thick they require subtitles for American audiences.