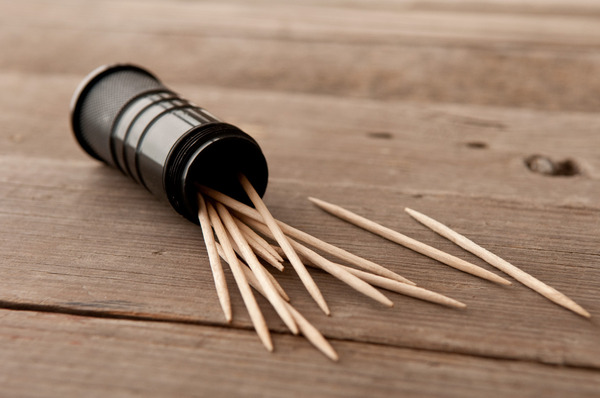 My grandfather was a toothpick guy. Like, he had a seven-or-eight-a-day habit. When he died and we helped my grandmother do a clean sweep of the house, my aunt found more than one hundred individual ones tucked away into couch cushions and drawers and pockets. Last year, when my grandmother passed away and we prepped the house for selling, we found at least a couple dozen more stashed away.

He and I weren't very close. He was a traditional, working-class member of the greatest generation and I was a little too artistic and sensitive for his taste. He was the kind of guy who was inclined to build walls, and I was outside them. He was often incredibly critical and sometimes very cruel to me. But, on the better days, when I grew into a teenager and later as a young adult, my grandparents and I would go to a diner or a breakfast spot. And when it came time to pay the bill, he'd grab a handful of toothpicks and pass a few to me. Cause – I think – in his mind, men just used a toothpick after a meal.

All of which is to say: toothpicks are also “thing” in my mind, and whiskey is a thing in my heart. So, when I saw these flavored high-quality toothpicks on the excellent Huckberry last week, I thought it was certainly something worth a try. No, these DIY versions not made of “veneer quality birch” but they're super easy, and they smell amazing. All for a couple ounces of whiskey, 75¢ worth of toothpicks, and five minutes of work.

These would make a great gift for any whiskey fan, and would be super easy to make in bulk to give as favors, to your groomsmen, or to someone special for Valentine's Day. You'll never be able to use a regular toothpick again. 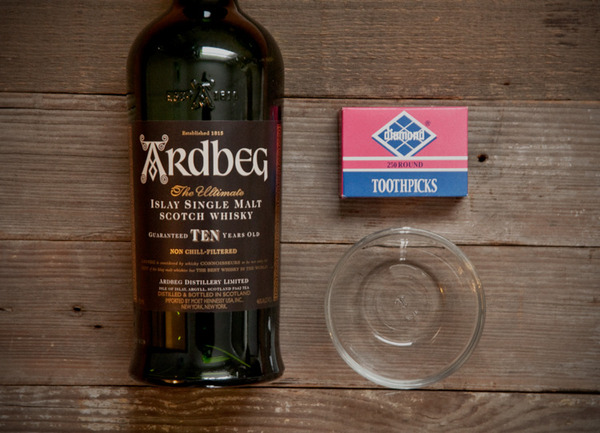 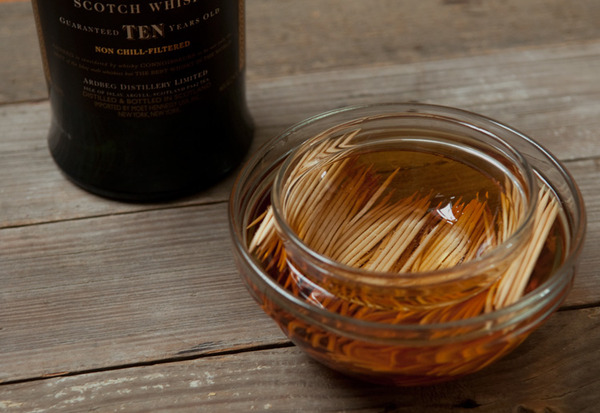 Add the whiskey to the larger bowl and throw in a handful of toothpicks. Place your weight on top, then cover the whole thing with plastic wrap for an airtight seal. This prevents the alcohol from evaporating. 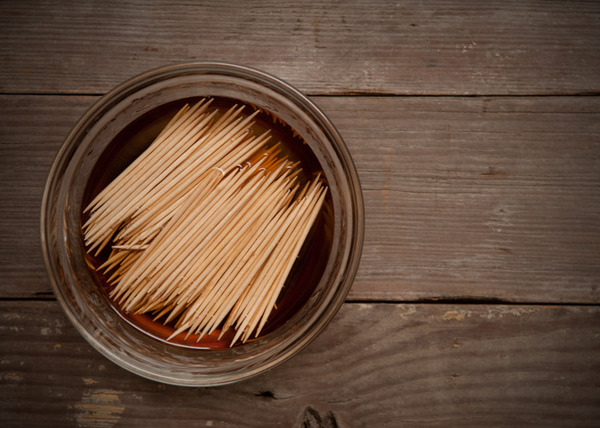 Allow them to soak for 48 hours. After day one, mix them up and flip everything around a bit for full coverage. On the second day, you'll note how much has been either soaked up into the wood, or evaporated, leaving the flavor behind.

Also – you can drink this if you want. (I did.) It will taste different; all the good stuff now lives inside the toothpicks, and what's left behind is pretty flavorless. 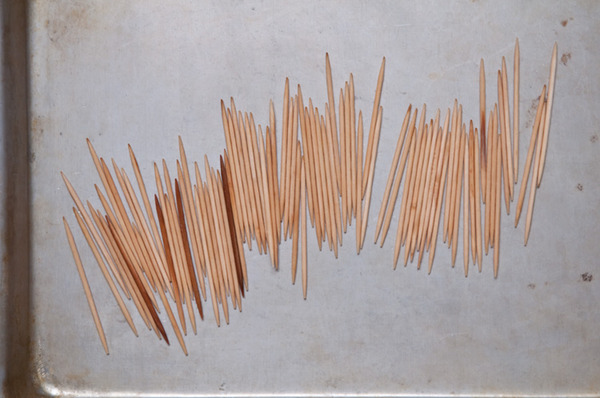 Then, lay the toothpicks out in a single layer and allow them to dry for a few hours. 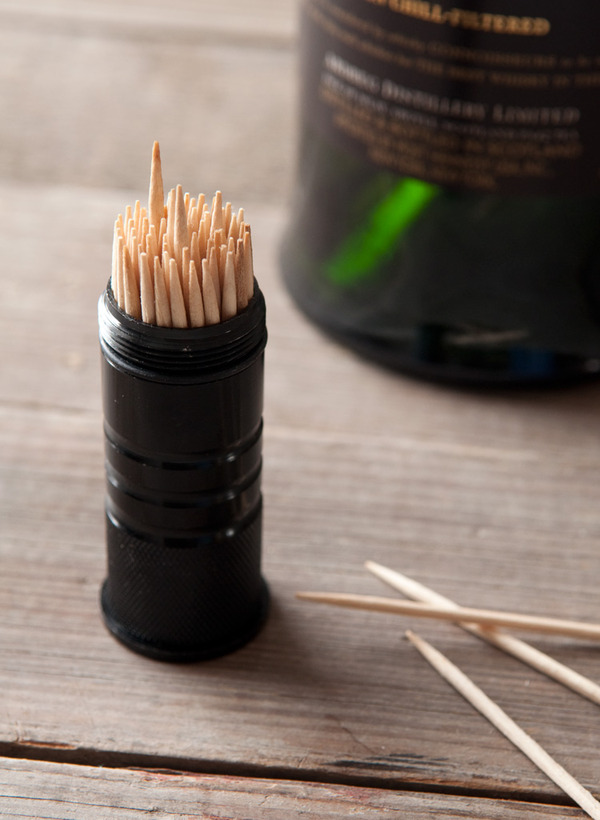 That's it. Total of five minutes. These definitely take on the strong aroma of Scotch, and after you've warmed them in your mouth for a few moments, you can definitely taste it as well. I mean, they still taste like toothpick, but they also taste like awesome. A great way to end a meal. 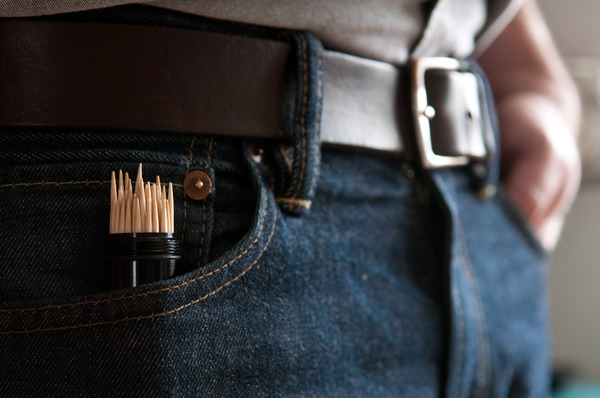 To store them, I'm using a waterproof match safe I keep with my backpacking gear. They fit perfectly. Any small container will do: small glass vials, a film canister, pill bottles… even a dedicated toothpick holder.

There it is. A simple way to make an ordinary experience something special. 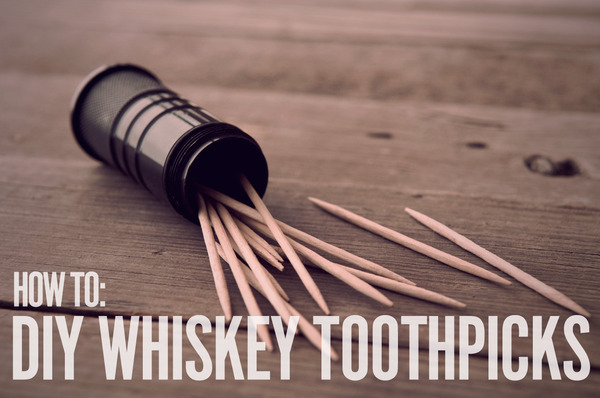