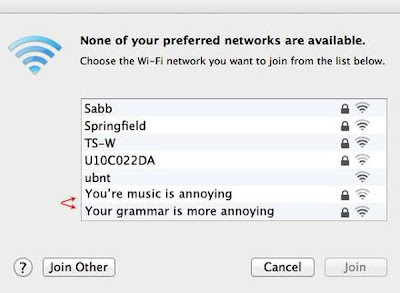 I live on a fairly densely populated street, and they’re currently twelve Wi-Fi networks available to my computer. And every one of them is either named after the hardware that emits it (2WIREXXX or NETGEAR X#%*!) or a standard, “Amy’s WiFi.” Which used to be okay, until I saw this humorous collection of cleverly and often passive agressively named Wi-Fi networks that neighbors are using to get their points across. 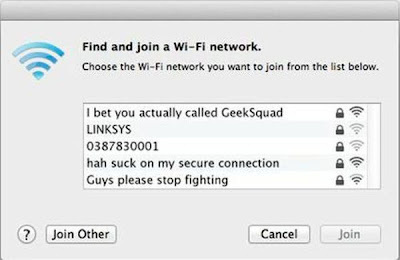 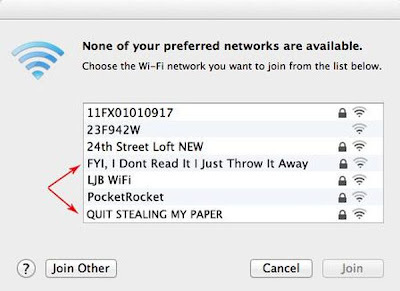 So, no, this doesn’t have much to do with men and crafting, but I’m amused that it not only occured to so many people, but that whomever was able to compile them all. The internet is amazing.

This whole building got in on the joke, with some clever puns such as “Pretty Fly for a Wi-Fi,” “Router, I hardly know her,” “Abraham Linksys,” and “Hide your kids, hide your wi-fi” 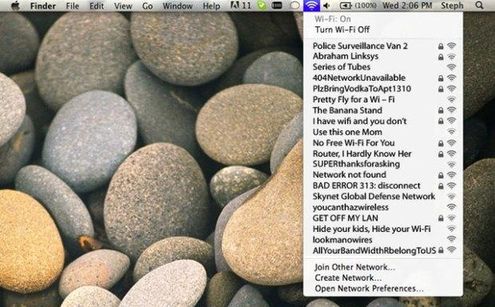