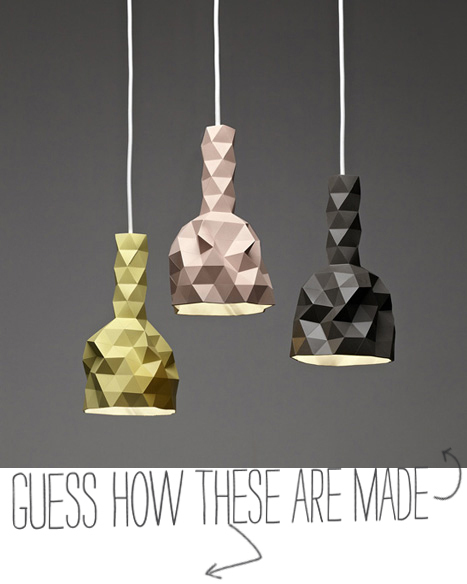 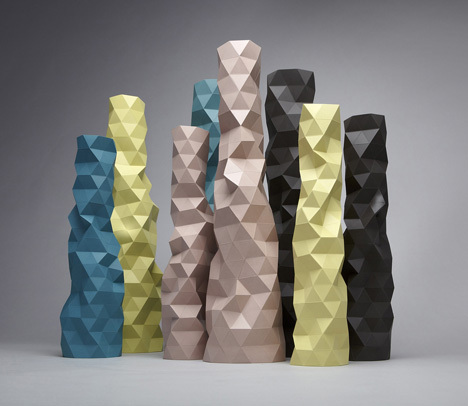 Phil Cuttance’s Faceture series is incredible to simply look at, but learning how they’re created is even more facetnating. (See what I did there?)

Cuttance creates each piecefrom a hand-scored plastic sheet, which he mangles by hand to create the pieces unique shape, and then fills the mold with a water-based resin. And the best part? He does it all atop this bespoke machine he built just for the process. 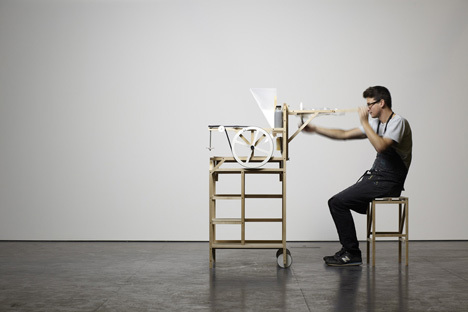 First the mould of the object is hand-made by scoring and cutting a sheet of 0.5mm plastic sheet. This sheet is then folded, cut and taped into the overall shape of the product that is to be cast. The mould’s final shape, and strength, is dictated by which triangular facets I pop in and out. I do this each time I ready the mould for the next object, meaning that no two castings are the same. I then mix a water-based casting resin that is cast in the mould where it sets solid. The resin is poured into the hollow mould and rolled around to coat and encase the sides, controlled by me on the casting jig on the machine. The material soon sets creating a hollow solid object. Then another, different coloured measure of resin is poured into the same mould, and swirled around inside, over the first. When it has set, the mould is removed to reveal the solid set cast piece.

If that’s a bit tough to understand in text, just check out this video, which shows the machine in action.

Learn more, and see lots of incredible photos, at Core77