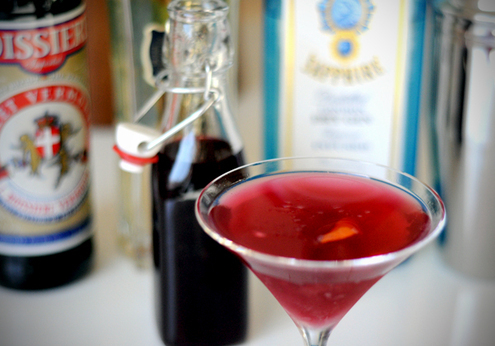 Pop quiz! What is grenadine?

Until a few years ago, I woulda said, “Um…it’s that cherry stuff they put in my lemon-lime soda as a kid.”

And I would have been wrong.

No, there is not. But there is plenty of corn syrup, citric acid, food coloring, and other artificial ingredients. 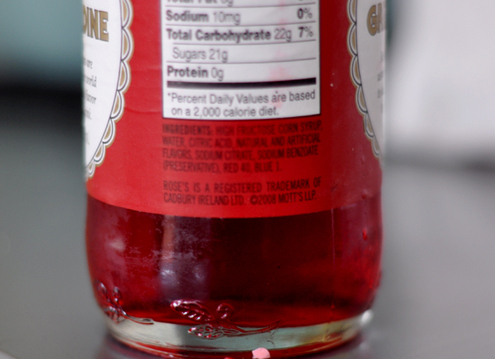 Realizing I’d never had the real stuff, I set out to make my own. And I’ve been doing so ever since. It lasts for months in the fridge, is relatively inexpensive (given the fact that it costs less to make two cups of it than to buy a single cocktail at a bar or restaurant), and it tastes amazing. And seeing as it’s currently pomegranate season, and the holidays always offer an excuse to go that extra mile, there’s no better time to make some yourself. 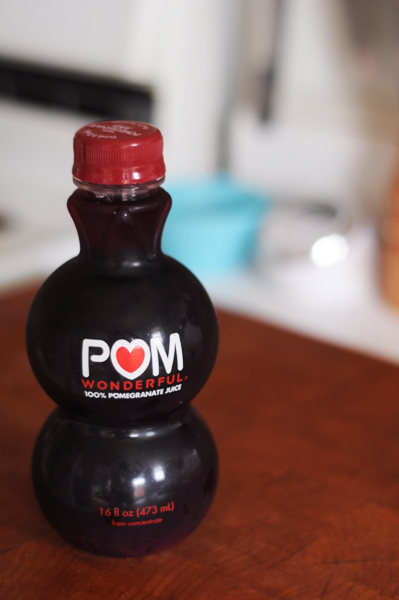 1. You can prep and juice the arils from two whole pomegranates in the blender, then strain the mix through a fine strainer to remove the seeds, or go the easy route and buy a 16 oz. bottle of pomegranate juice, which will be with the fancy smoothies and such in the produce section. 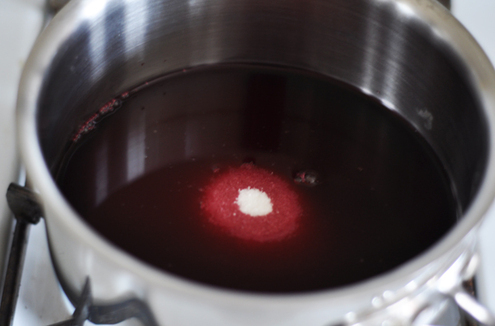 2. Place the juice in a medium sauce pan, along with the sugar and orange zest, and bring to a boil. 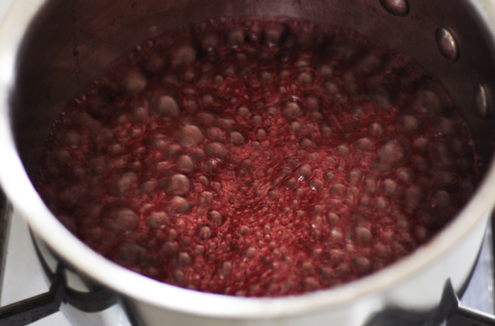 3. Continue boiling for five-six minutes, until the mixture has reduced to a syrup-y consistency, about two cups.

That’s it. Really. If you wanna go the second extra mile (the third?), you can add a bit of “pomegranate molasses,” which mixologist Jeffrey Morganthaler favors in grenadine for an extra boost of pom flavor. I say, instead of sourcing the stuff in high-end grocery store, just pour off all but 1/2 cup of the liquid, and continue to reduce until you have two -four tablespoons. What’s left is your “molasses,” which you can stir into the mixture for a bit of extra body. 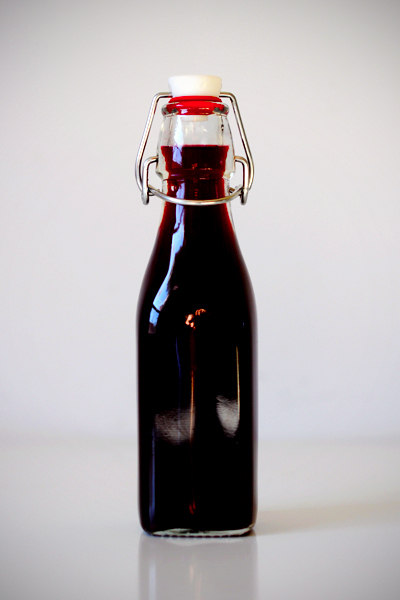 Seriously, it’s super easy, and worth every penny, as well as the eight minutes it takes to make it.

If you’re the type to make food gifts, it’s great one, though be sure to keep it refrigerated until you hand it to your friends and family.

Update: Here are five easy, festive cocktails using the stuff, and which will thusly prove why you should make it. Right now!

This ManMade post was originally published on December 12, 2011. We’re sharing it today because tis the season!