I'll be the first to tell you that I'm not really a seasoned outdoorsman. I love being outside, but I'm much more of a state-park-day-hike kind of guy than a glaciated peak climber or month-long kayak tripper. And, when I think about it, I've never actually owned a Patagonia product.

However, it's been a fantastic read for me, because its connected in these important ways: 1) I believe that capitalism needs self-imposed limits, just like individuals need self-discipline, 2) I think that trashing the planet for profit makes as much sense as farting in a tiny, windowless room, and 3) I own a small company that I'd like to grow into a force for good.

On top of that, I'm also a consumer, and one mini-essay in the book by CEO Rose Marcario, “Repair is a Radical Act,” has altered my relationship to the hundreds of thousands of objects in my house.

The main point of the essay is that taking the time for DIY fixes is rare, despite the fact that it has an enormous environmental impact:

We live in a culture where replacement is king. We do routinely fix big-ticket items, like cars and washing machines, but primarily it's easier and cheaper to go buy something new. There are other reasons to avoid repair, including labels that warn that repairing a product on your own will void the warranty or the lack of access to the information and parts necessary to repair something ourselves.

I grew up in the 90's watching Captain Planet and recycling soup cans, but hadn't considered this aspect of waste reduction for a long time. These thoughts impacted my relationship to my things in two ways:

I. Taking better stewardship of my stuff

Marcario talks about the difference between being an owner and a consumer of a particular object: “Owners are empowered to take responsibility for their purchases—from proper cleaning to repairing, reusing, and sharing. Consumers, take, make, dispose, and repeat—a pattern that is driving us toward ecological bankruptcy.”

I can totally see this play out in my own life—I've kept really good care of certain things that I wanted to hold on to, and I've worn out and neglected certain things that I didn't really care about. It all comes down to the idea of stewardship: taking good care of the things in your sphere of responsibility, whether it's maintaining your home or cleaning your apartment, keeping your car's oil changes up to date, or simply wiping down your table after you eat.

Since deciding to be more intentional about the stuff I own, I try to make sure I can make repairs before tossing stuff in the trash. Here are a couple of the benefits of fixing stuff:

Keep things out of the landfill

Toys that I played with as a young kid have been sitting buried in several landfills for three decades, and will still be there when my great-great grandchildren are toddling. That's a disturbing thought.

I mention in just about every other post that I'm a freelancer, so I usually don't have unlimited funds to just go buy something new. This is why I'm a big fan of the maxim “use it up, wear it out, make it do, or do without.” If I can avoid replacing my stuff in favor of repair, I often do because it's often cheaper.

It takes more time to fix something instead of buying a new one, but what you sow in time, you reap in practical knowledge. Skill is one of the greatest personal non-monetary assets you own, and you'll be able to apply it across many discplines.

I love learning how things work and how they're made, and repairing often requires at least a cursory understanding of both.

Do I still throw stuff away? Of course. Two days ago, I tossed an “old” windshield shade that I had just bought in 2015 because it was falling apart (and it was a pain in the butt t0 unfold) in favor of a new, more convenient accordion fold shade. I wasn't going to take the time to fix the old one, and it would have been irresponsible to dump off something broken at the thrift store downtown. The point is that before I toss, I consider whether or not I can repair it and if it's worth the time.

Again, to quote Marcario: “We ask our customers to use tools we provide to decrease the environmental impact of their stuff over time by buying only what they need, repairing what they have, finding ways to reuse items, and recycling when it's truly time.”

I generally try to keep with the adage “buy once, cry once” as much as possible by buying at the best quality I can afford. Note that I didn't say the best quality, period—if I need something, I'm not holding back just because I can't afford the one that's worth $400 and comes with a no-questions-asked lifetime guarantee. If my entry level to a particular product has to be a mass-produced, dollar store item, so be it.

I then do my best to take care of that object, with the long-term plan of upgrading my stuff over time as it either gives out or I'm sick of its limitations, at which point I pass it along to a thrift store if I can.

For example: until a few years ago, I hadn't worn a watch for over a decade, and I got sick of being late all the time. I didn't have two dimes to rub together for something like that, so I bought a $20 watch at Target. It was simple, so it looked good with a t-shirt and a button-up. It's not a terrible watch—it keeps time consistently, though it ticks pretty loudly—and I've replaced the leather band once in four years. I'm ready for an upgrade, but I'm not in a hurry, either. If it stops working and the battery doesn't just need replaced, I'll probably at least call my local watch repair guy for an estimate before officially ditching it.

I'll leave you with one more quote from “Repair is a Radical Act”:

Let's behave like owners, not consumers, and repair rather than inflict something new on the planet if we don't truly need it.

If you need a good place to start for fixing stuff yourself, check out iFixit, a wiki-style repair reference site complete with a store for tools designed for obscure proprietary parts. (Incidentally, they have a repair partnership with Patagonia where they offer a wealth of specific guides for care and repair of Patagonia gear.)

What are your favorite DIY repair resources? Let me know in the comments below! 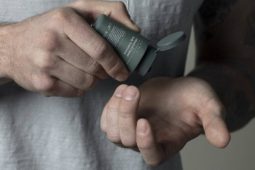 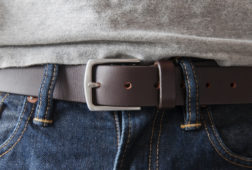 3 Ways to Punch a Hole in a Leather Belt 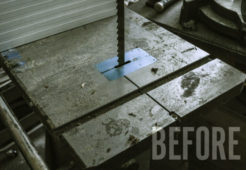 Shop Skills: How to Care For Your Cast Iron Table Tops 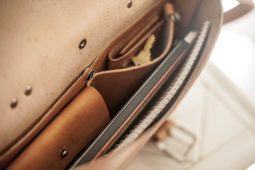 ManMade Recommended: You Should Invest in the Classic Leather Briefcase from Mr. Lentz 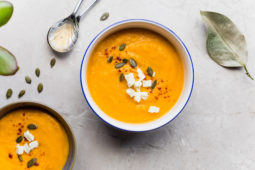 It Turns Out, a $500 Blender is Totally Worth It 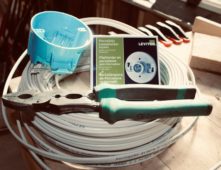 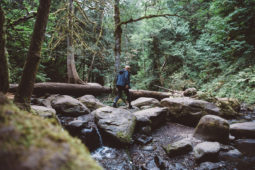