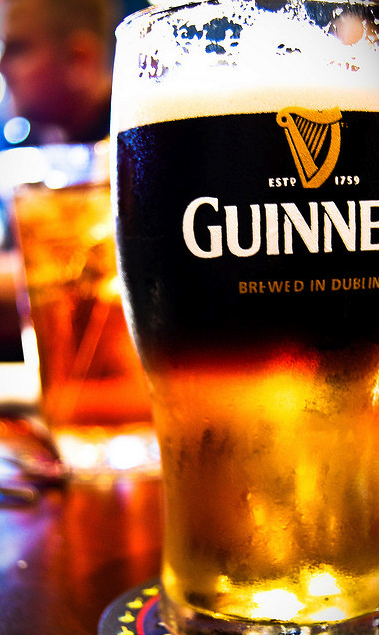 Having mastered homemade hard apple cider, I’ve been excited to try it in cooking and mixed into a cocktail. The best, by far, is the classic Snakebite, a blend of lager and cider with a dash of blackcurrant cordial. To make one, pour half a pint of hard cider into a pint glass, and float a dash of blackcurrant cordial on top. Top with a half pint of lager. I like to mix mine, but you can serve it stacked to get the cool effect of the picture above.

I’ve been using my own hard cider and Brooklyn Brewery’s Oktoberfest seasonal, but traditional recipes call for half Strongbow and Half Harp. I’ve even seen Irish versions using Guiness and Strongbow or Bulmer’s Irish cider.