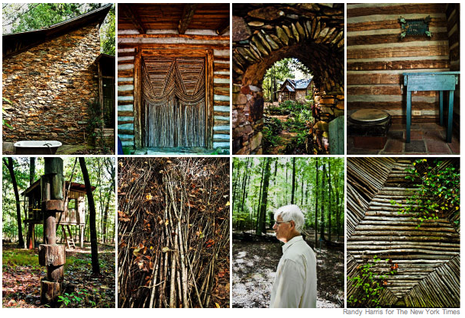 Sculptor Patrick Dougherty creates impressive, architectural art pieces exclusively from found stick, twigs, and stones. At 28, at home with two kids, he built his first piece, a log home. Then, “at 36, he went back to school, straight into the graduate art program at the University of North Carolina, 10 minutes away. His first stick work, a man-size tangle of saplings made on a picnic table at home, startled his professors, he said. They thought “it was too complete for someone who’d been blundering around in the netherworld.” 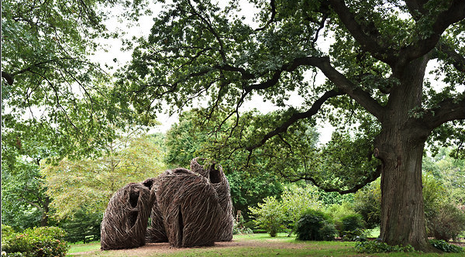 Since then, he has made well over 200 startling (and delightful) pieces for sites all over the world — woolly lairs and wild follies, gigantic snares, nests and cocoons, some woven into groves of trees, others lashed around buildings. ”   Thirty-eight pieces of Mr. Doughtery’s work have recently been assembled into “Stickwork” a monograph and memoir published by Princetown Architectural Press.

Read an article and interview with the sculptor at NYTimes.com. It’s fascinating stuff.