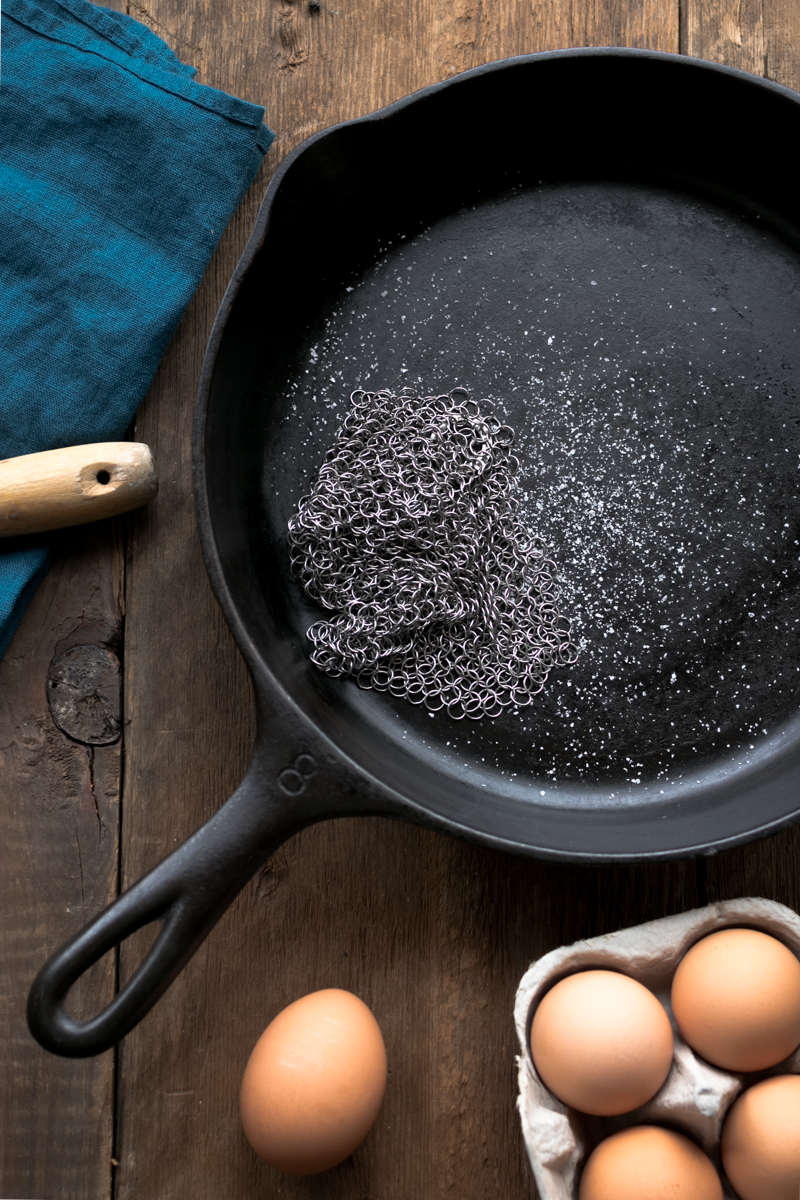 Every so often, a new idea is presented to the world that seems to have already belonged there for years. Like a perfect pop song, it’s fresh and exciting, yet feels like it’s been part of you for your entire life.

The stainless steel cast iron scrubber is one of those things. Inventive, yet classic. Infinitely simple. And most importantly… it actually works. 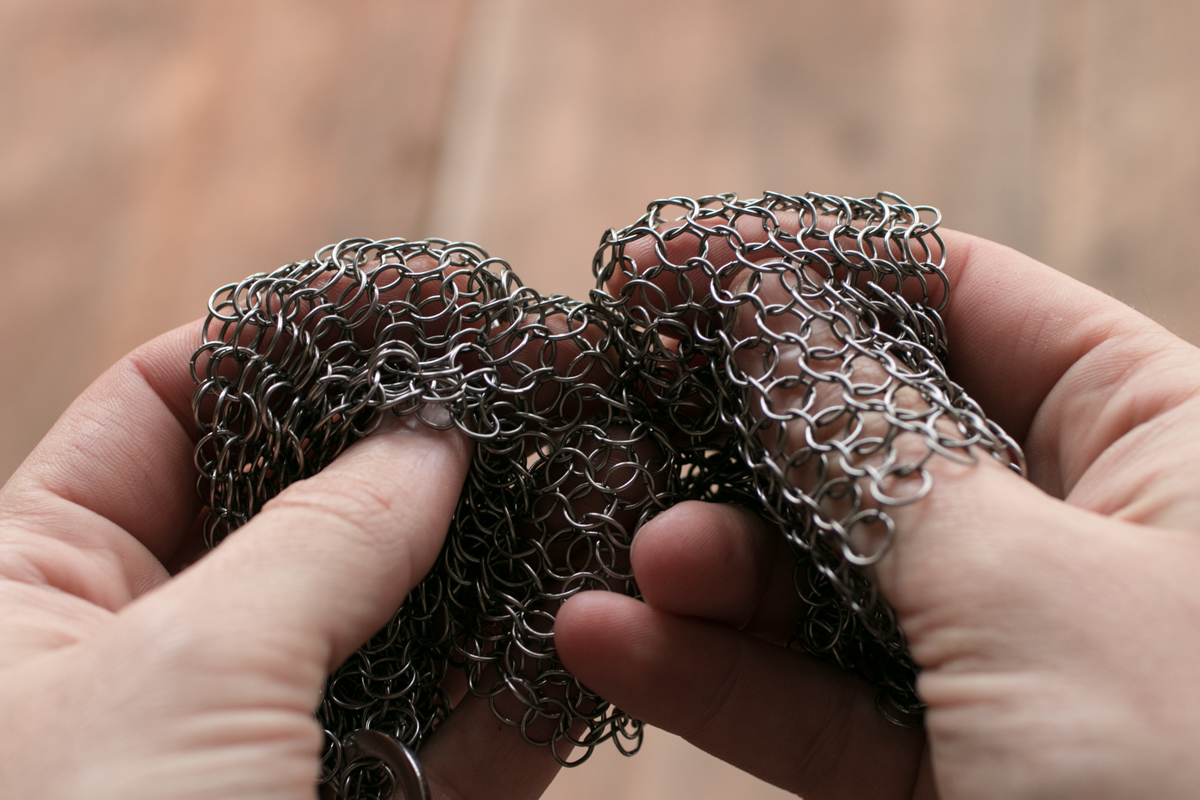 Simply put: it’s a chain mail washcloth. Composed of interlocking steel rings, its flexible-yet-structured composition is has tons of scrubbing surface area, allowing you to remove build-up, but not the non-stick seasoning, from cast iron and carbon steel pans. 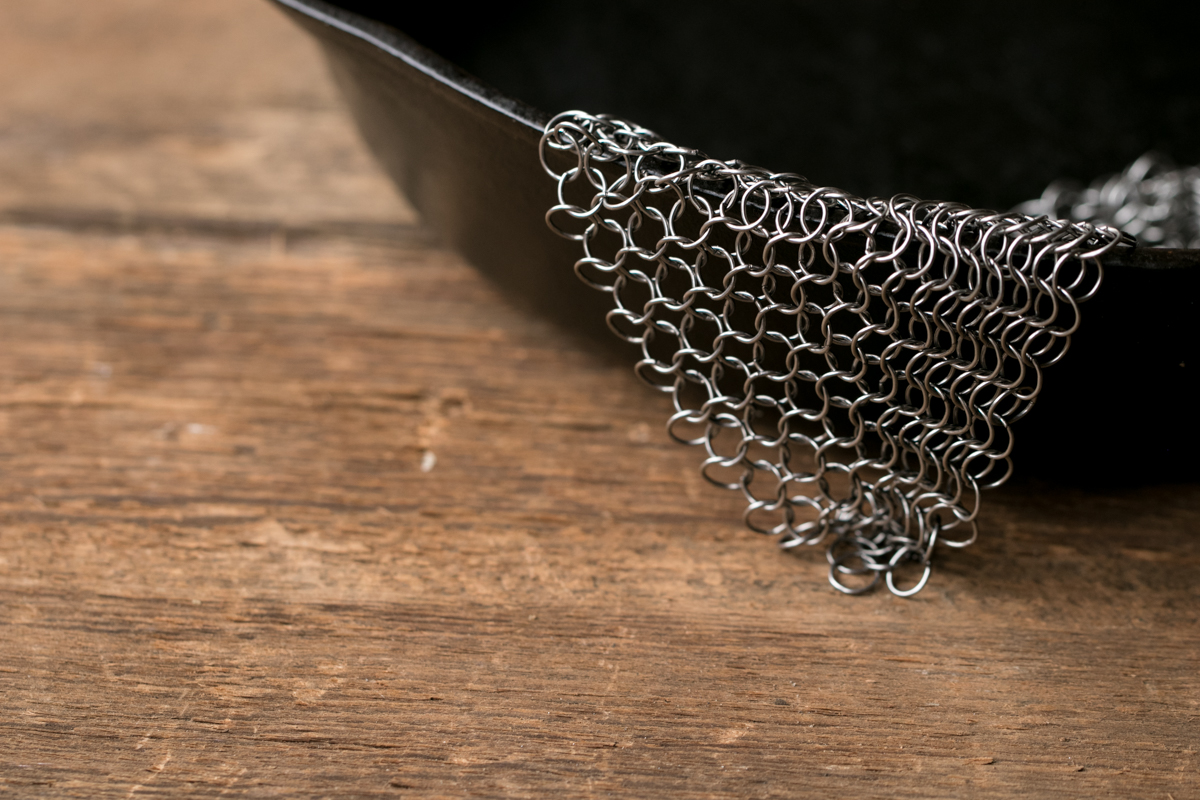 Here’s why you need one: 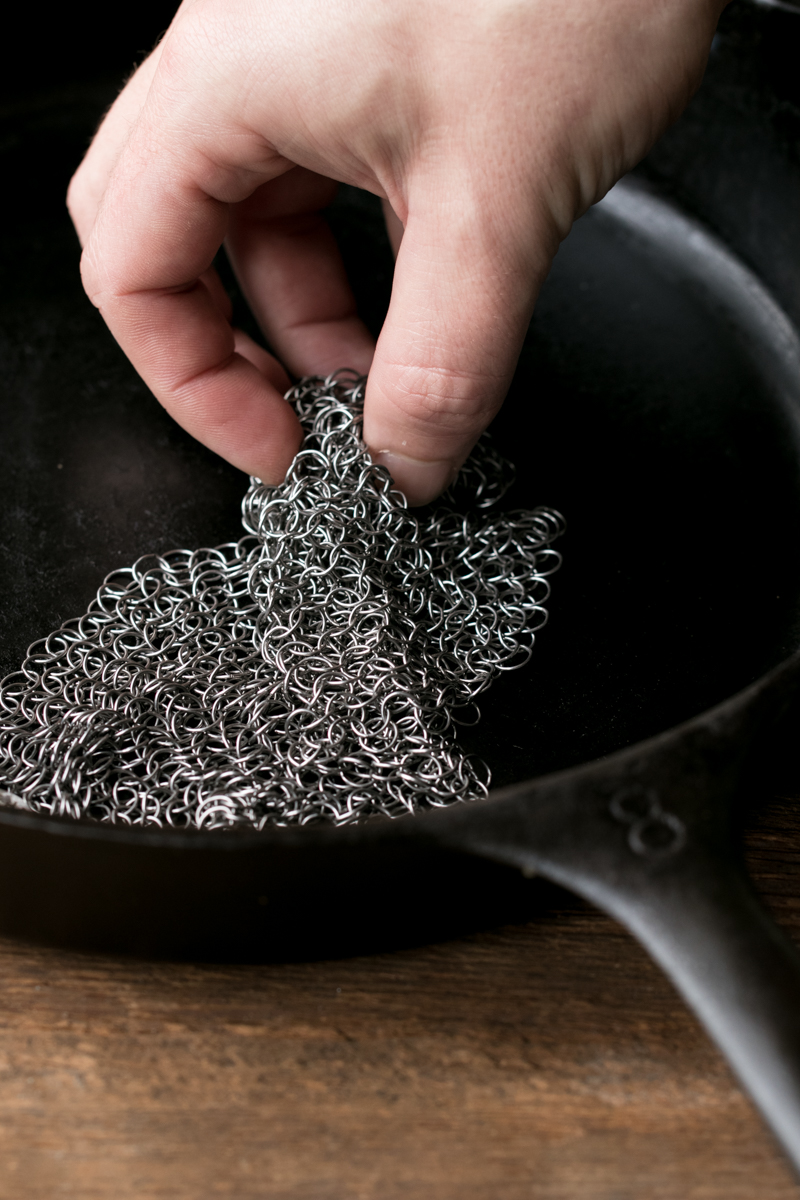 Seriously, if you own any cast iron cookware – from skillets to dutch ovens to griddles to those fancy corn bread pans – you need one of these in your kitchen. And at $14, there’s no reason not to.