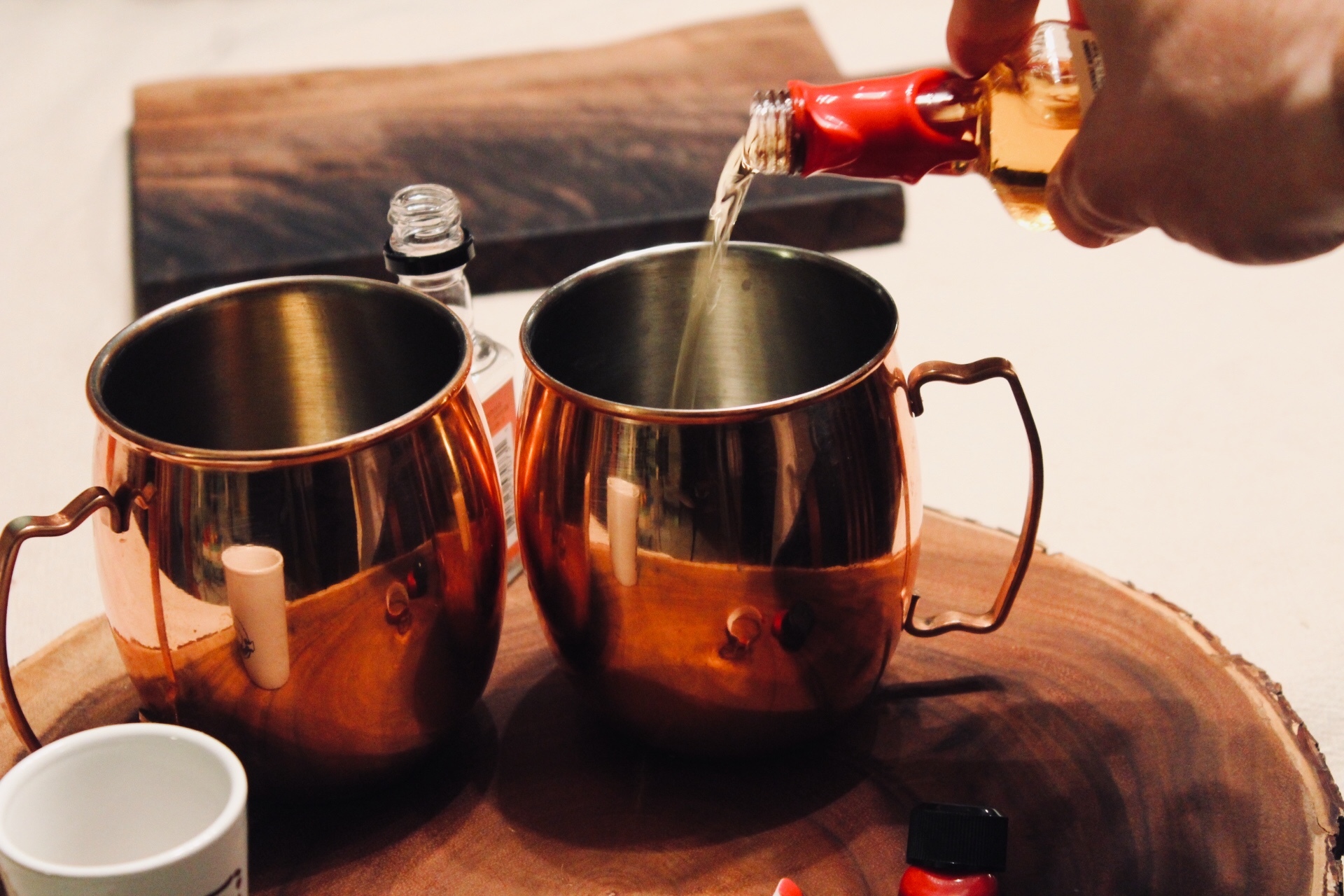 A traditional Moscow Mule is a classic, reliable in every way and a good way to unwind. But with it's fresh lime juice and other trappings, it's perhaps most enjoyed outside on a summer evening.

In fall, it's a good idea to change things up by adding a few variations to the traditional recipe, creating a twist best enjoyed this time of year: the Harvest Mule.  It's supremely tasty, and is best enjoyed next to a roaring fire during the chilly fall weather.  Based in whiskey and mixed with cinnamon and cider, the Harvest Mule is easy, and worthwhile, to make. 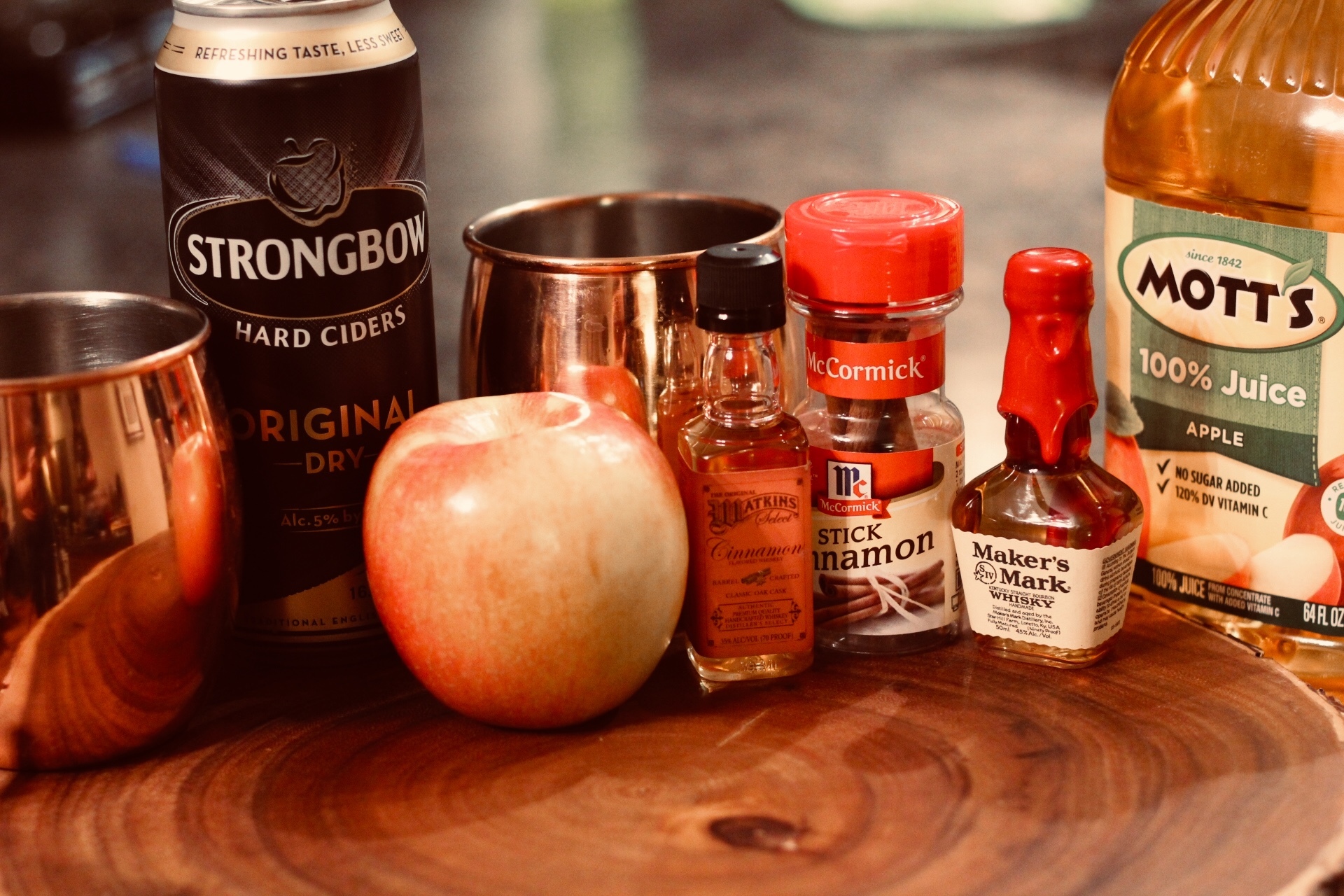 1. If you have one, start with the traditional copper mule mug. If not, a large coffee mug or even a water glass will work just fine. 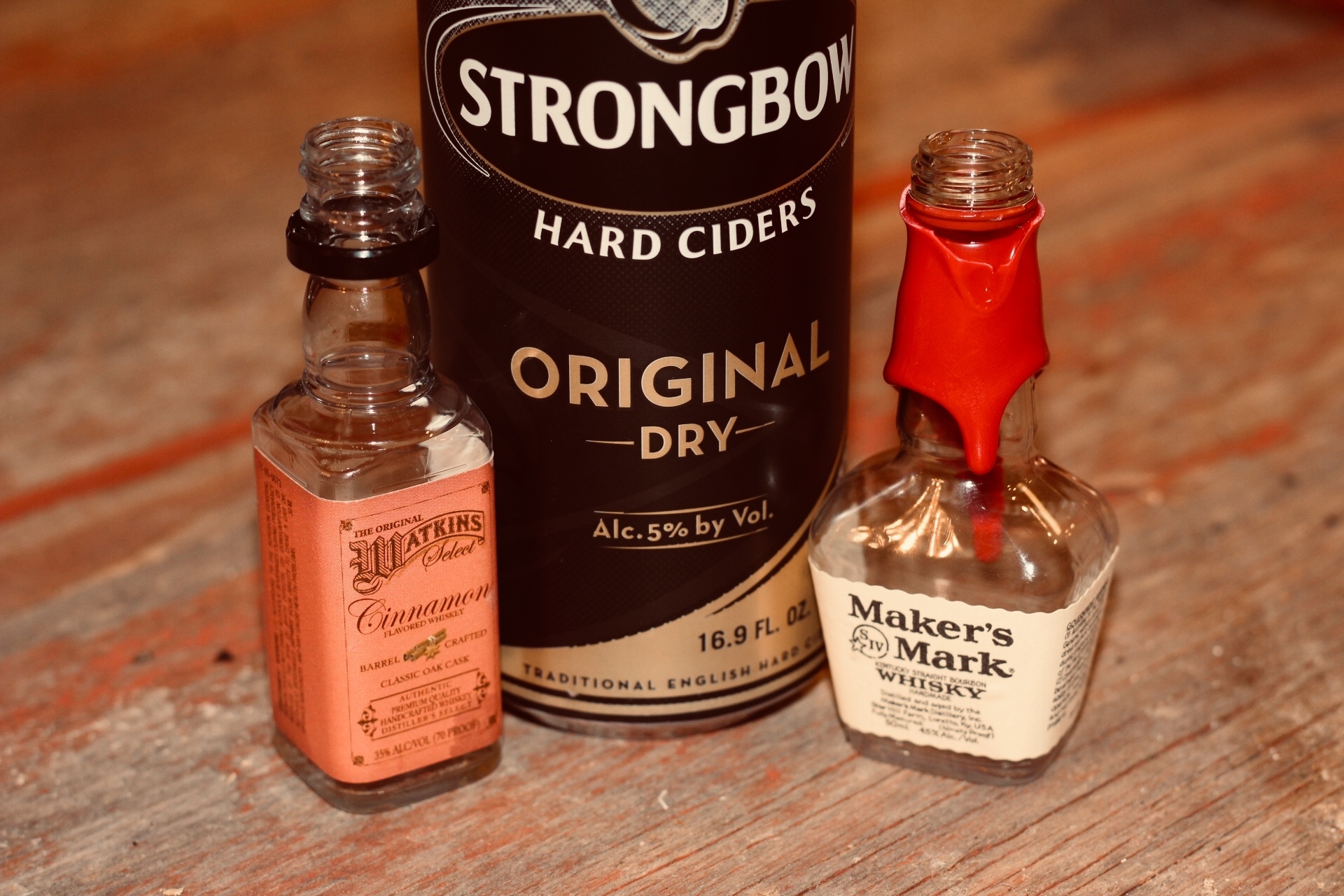 2. Since there is a lot of liquid, begin by building the drink in the glass before adding the ice. Pour in all the liquid ingredients: bourbon, cinnamon whiskey, hard cider, and apple juice. Stir to combine, then add ice to fill the vessel to the top. 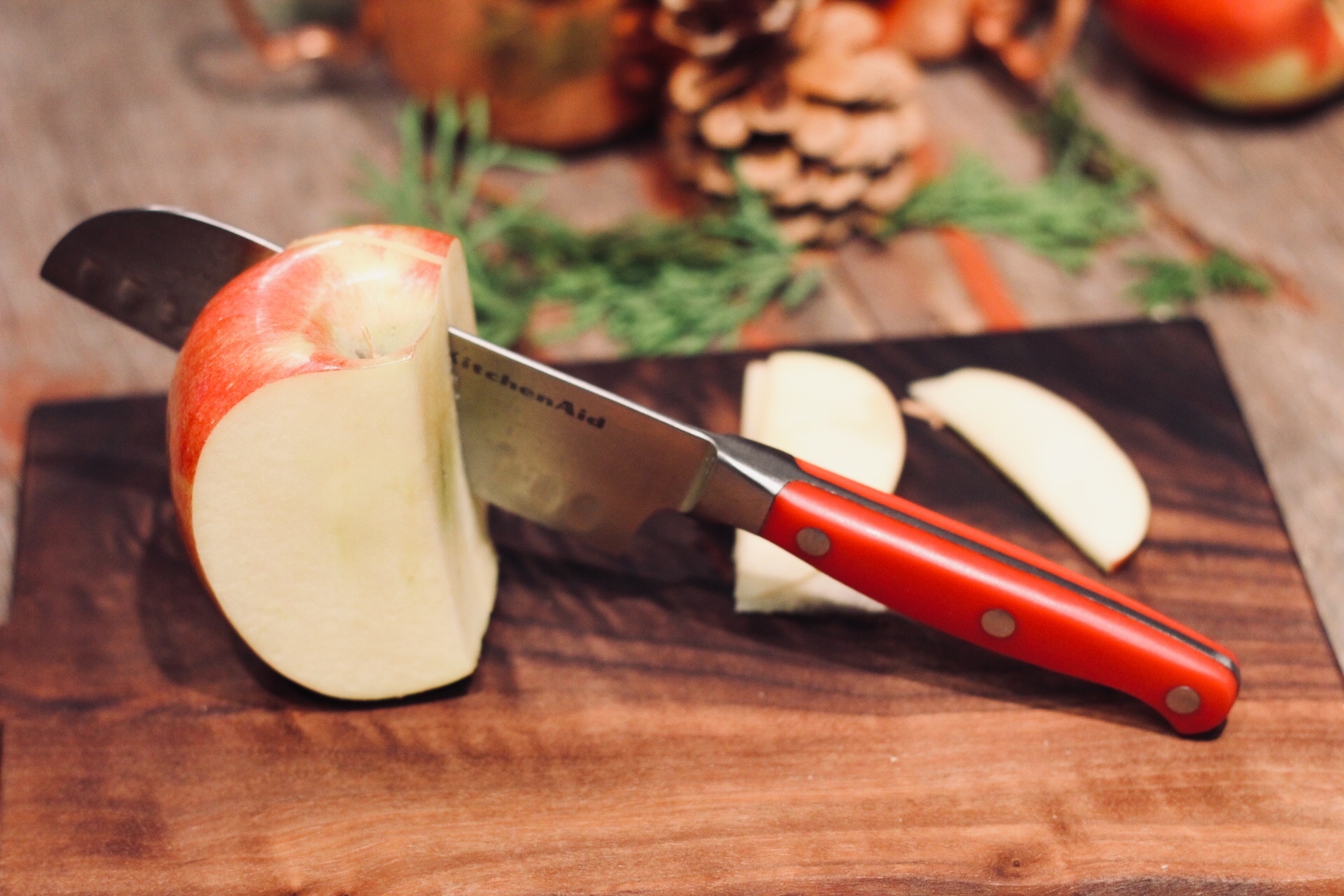 3. Slice a few wedges of apple, and add them to the glass. Toss in a cinnamon stick or two for extra cheer. These can be reused.

If you want to use mini bottles of liquor, such as when selecting a cinnamon whiskey, they will make two drinks.  The Harvest Mule only takes 5 minutes to make, and it really does taste quite nice sitting around a cozy fire. We think you'll agree. 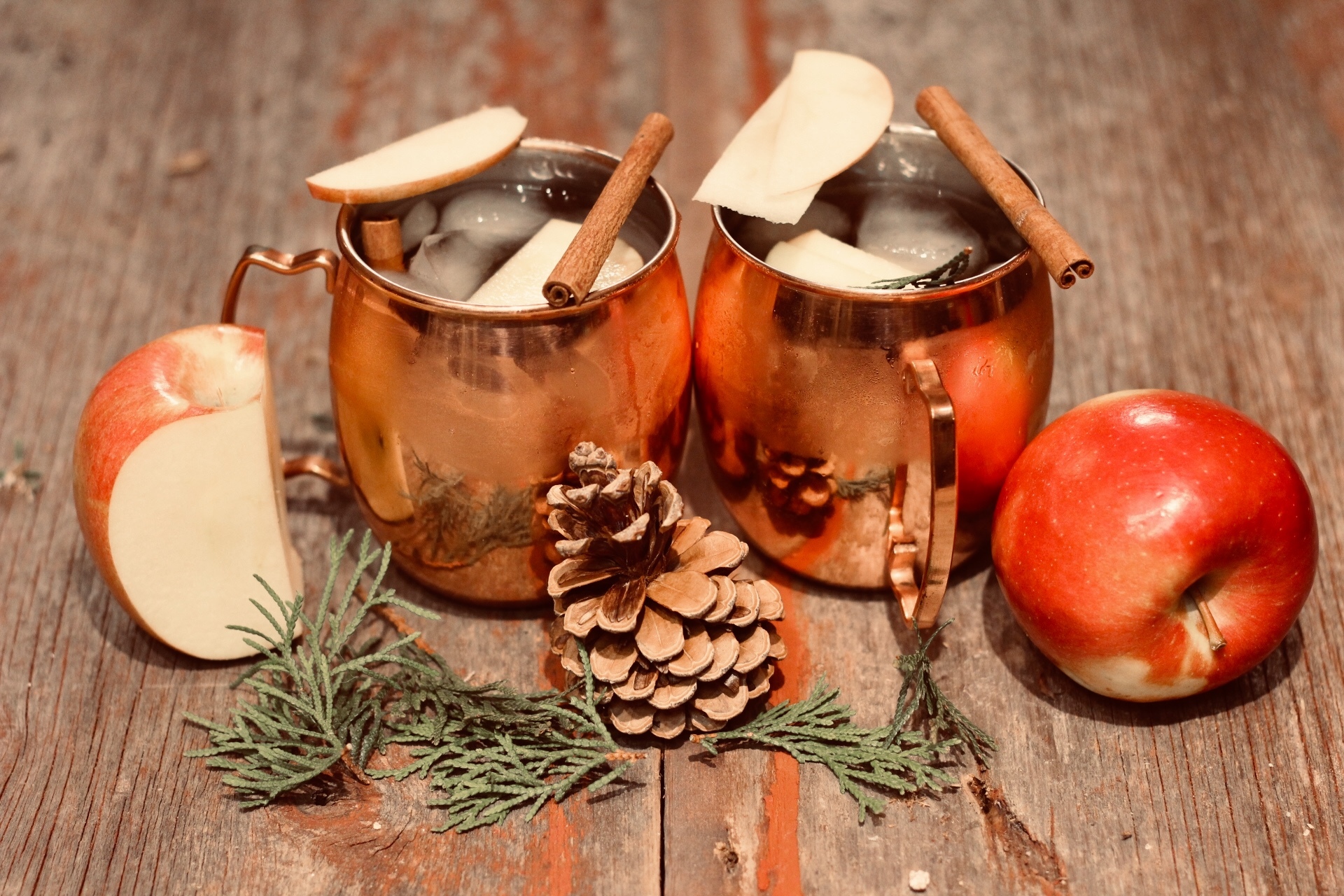