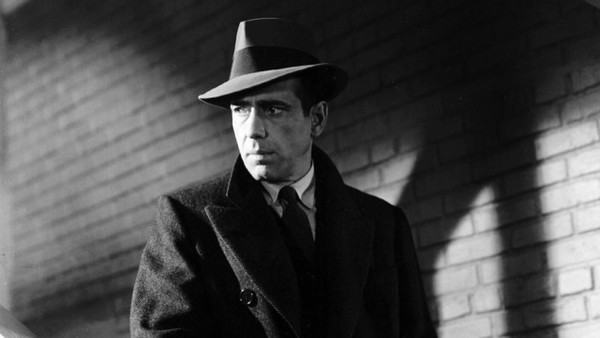 Film Noir arose in the post-WWII period as American and international audiences found themselves disillusioned by the toll of two world wars and the Great Depression. Returning soldiers, alienated by civilian life, as well as American housewives alienated by their returning husbands, found themselves drawn to these stories of darkness and crime, often featuring outsiders existing on the fringe and underbelly of society. In addition, cost-cutting practices by major studios led filmmakers to innovate around their new limitations. Directors often shot in unsexy locations and low-lighting to avoid illuminating their budgetary constraints while drawing heavily on the chiaroscuro-ed techniques of German Expressionism.

I’m personally a big fan of film noir, as is literally every movie director today. Watch any interview with a modern director and odds are they’ll claim that their newest flick is actually a film noir (although I’ll argue heavily that Drive actually was), probably because film noir wraps a cinephile’s intellectual snobbery with a sense of nostalgia for that uncorrupted-but-corrupted past — much the way that everyone wants to read the original Peter Pan or Mary Poppins or Little Mermaid. You know, they’ll say, the darker one. So here you go, indulge away.

A note: These are five undeniable classics, but by no means the only ones. Film noir heavily influenced cinema history in a way that few other genres did and there are so many other must-sees that ought to be on this list. But hey, brevity.

“In Italy for 30 years under the Borgias they had warfare, terror, murder, and bloodshed, but they produced Michelangelo, Leonardo da Vinci, and the Renaissance. In Switzerland they had brotherly love – they had 500 years of democracy and peace, and what did that produce? The cuckoo clock.”

Holly Martin (played by Joseph Cotton in his prime and back when men were still called Holly), a novelist of pulp westerns, travels to Allied-occupied and corrupt Vienna only to discover that the friend he’s visiting (Orson Welles) has been run over by a truck just hours before his arrival. Martin’s investigation into his dear friend’s death leads him down a dark path through the city’s criminal underworld as he unravels the truth about his friend’s nefarious enterprises as well as the identity of the third man at the scene of the fateful truck accident. Famous for Orson Welles’ pleasant and frightening performance as Harry Lime, an innovative zither soundtrack that rose to number one on the international charts, and Carol Reed’s infamous canted camera angles. This was also my personal introduction to proper film noir (although it’s technically a British production) and I think it’s a great place to start.

“I couldn’t be fonder of you if you were my own son. But, well, if you lose a son, it’s possible to get another. There’s only one Maltese Falcon.”

Directed by John Huston and based on the original novel by the genre’s most beloved aficionado Dashell Hammett, The Maltese Falcon is perhaps the quintessential film noir. It’s got Humphrey Bogart as Sam Spade, the hardened San Francisco detective, Mary Astor as the knockout femme fatale, and a host of unforgettable character actors all conniving and vying for possession of the jewel-clad maltese falcon statuette. This is the most parodied film noir and for good reason– it’s the classic in every way. The film was also the first cinematic pairing of two of my favorite character actors of the time period, Peter Lorre and Sydney Greenstreet, who would go on to make nine more movies together.

The movie opens with our protagonist floating dead in the fancy backyard pool of an aging silent-film era starlet, and then his narration begins (paving the way for American Beauty to riff this device decades later). It’s the story of a down-on-his-luck screenwriter who is slowly embroiled in the make-believe madness of said starlet and her fantasy-laden belief that Hollywood is eagerly awaiting her comeback. It’s a wonderful tale of mutual exploitation that ends in disaster (which is a description you could actually apply to almost any of these movies). This classic was directed by Billy Wilder and nominated for a whopping eleven Academy Awards, and features a number of behind-the-scenes Hollywood heavy-hitters such as Cecille B. DeMille, gossip columnist Hedda Hopper, and Buster Keaton — all playing themselves. Plus, there’s a funeral sequence for a monkey.

Fred MacMurray stars as a hunking and confident insurance representative who gets talked into murdering the unsuspecting husband of a provocative housewife in an attempt to collect the large payout of her husband’s “accidental” death falling under the double indemnity clause. Meanwhile, MacMurray’s boss and dear friend is increasingly hot on the trail. There is snappy dialogue just packed with meaning all throughout this film. The screenplay was written by Billy Wilder and Raymond Chandler who had a notorious distaste for one another that often resulted in shouting matches. One day Chandler refused to show up to set, citing a laundry list of grievances detailing why he was unable to work with Wilder and his team. Unbelievably, Wilder apologized, later recounting  “It was the first–and probably only–time on record in which a producer and director ate humble pie, in which the screenwriter humiliated the big shots.”

“Your future’s all used up.”

Famous for its riveting 3 minute opening shot following a convertible unwittingly carrying a ticking bomb through the dirty streets of a Mexican border town, this Orson Welles-directed feature is considered the last “great” of the classic film noir period. It’s a sleazy story of murder, marijuana, and mayhem with a cigar-chewing corrupt police chief played by Orson Welles at his fattest, Janet Leigh newly married and looking her most alluring, and Charlton Heston inexplicably playing a Mexican DEA agent named Ramon Miguel Vargas with a pencil mustache. It’s a B-movie in the hands of an A-list director in all the best ways.

Honorable Mentions: I’m not actually going to do my usual list here because there are so many classic film noirs to get to (not to mention neo-noirs) that I’ll have to break this into a couple different lists. So look forward to that and feel free to let us know what other classic film noirs are your personal favorites.