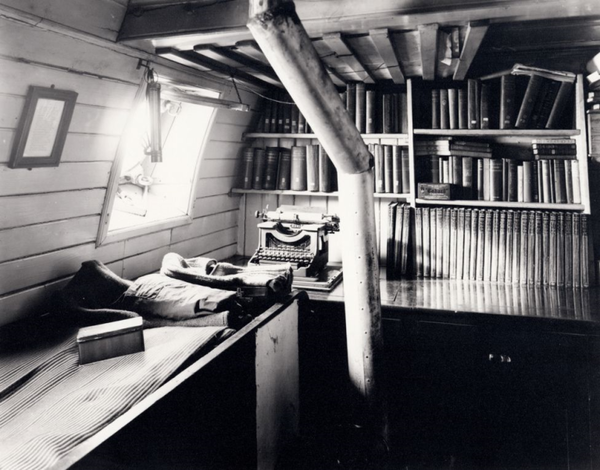 If you’ve ever entertained the question of which books you’d take to keep you sane on a deserted island, you’ll want to check this out. 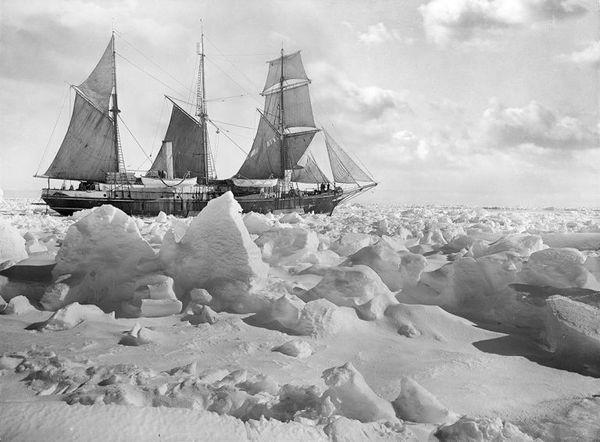 Ernest Shackleton and his intrepid crew set out to explore Antarctica only to be stranded for 17 months with endless hardships and yet they lived to tell the tale. Shackleton himself was a big reader and often encouraged his crew to pour through his personal library that he’d brought along as a way to stay sane in the dark months of immobility. Eventually the Endurance sank and the men were only able to take a couple that they could carry, and the rest of the library was lost, until now… 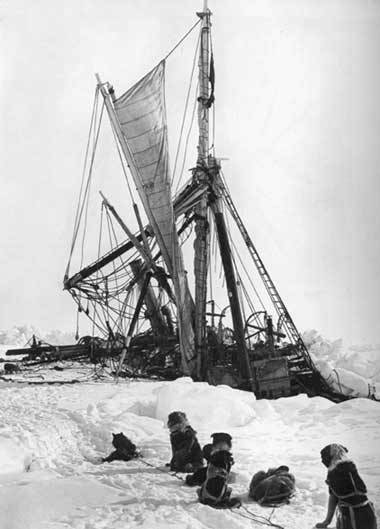 The famously haunting photos of the expedition were taken by Frank Hurley and only recently restored by the Royal Geographical Society in London, with the surprising result that people could now read the titles of books on the shelves that kept Shackleton’s crew in their better minds through the insanely arduous period. In addition to such classics as the Encyclopedia Brittanica and The Brother’s Karamazov, Shackleton also had some masculine poetry framed on the wall such as Rudyard Kipling’s “If.”

Read more about the Shackleton’s library at PopularMechanics.com.

I’d love to hear what makes the top cut for your deserted island literature in the comments. Personally, I’d go with A Complete Works of Shakespeare (or just Hamlet if that’s cheating), the Bible, and Hemingway’s For Whom The Bell Tolls. What about you?