I was suited up. Snow pants, ski goggles, lobster mitts, and long underwear all around. A super-warm super dork, in full regalia, atop my beloved, radiation-green, single-speed Salsa El Mariachi mountain bike. Just another day, mid-winter in Minnesota, doing something that I love: snow-biking.
What’s that? Where you live it’s warm and snowless in January? Well, gay kaken aufen yam, as they say in Yiddish. Uh, I mean, good for you! But not here. If you don’t find a winter sport to do here in Minnesota, then you are liable to go stark raving mad, quicklike, come the fleeting daylight of December. 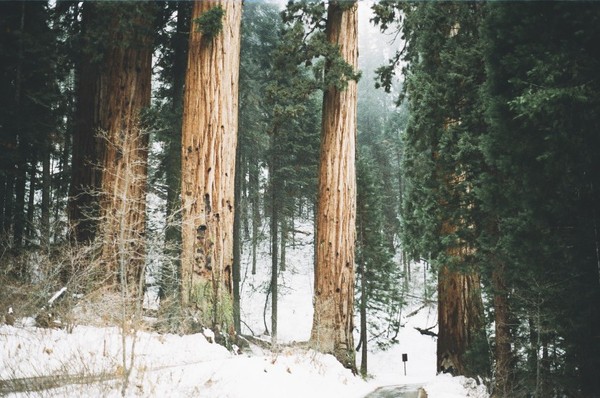 For me, snow biking has opened up a whole new world of outdoor winter physical activity. I’m not much of a skier, and hockey’s not my thing. Ice fishing is a thing; but it doesn’t make any actual sense. So when I discovered winter mountain biking, it gave me, well, it gave me a reason to go on living, to be honest. You know… that and my kids.

And the best part is, I got a great bike on Craigslist for a measly $600. A great deal for a quality (but slightly beat-up) 29er with a solid front shock (the predominant mountain bike wheel size these days is a beefy 29 inches, which lets you roll over anything in your path). I watched the listings for a few days, saw this one pop up, met the guy outside a coffee shop in northeast Minneapolis, and sealed the deal.

So, back to the long underwear. That day was perfect: cold and crisp, bright sunshine, and packed singletrack trails. I headed over to Theodore Wirth Park and started pumping hard on the uphills. After about fifteen minutes, I came out of a section of trail onto a paved path, and ran into some fellow bikers.

There were three of them, all on fat-tire bikes much fancier (and more expensive) than mine.(Fatties have tires up to 4+ inches wide, making them perfect for snowy riding).

One of them eyed me closely. “Hey,” he said. “Can I ask you something? Where’d you get your bike?”

“I mean,” he continued, “that was my bike. It was stolen last year.” 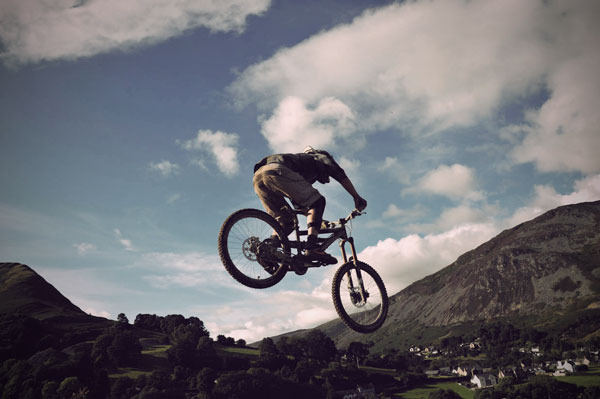 He went on to explain how my/his bike had been his baby, and had been stolen out of his garage (he knew everything about it, right down to the type of pedals it had sported, before I swapped them for new ones). He told me he’d spent weeks tracking it down, posting flyers, asking around at pawn shops, and finally finding it for sale on Craiglist. He arranged a meet with the seller/crook, and when that fell through (there was some chasing, apparently), he pleaded with the police to help him get it back, but their response was… shrugs.

To be fair, he wasn’t angry at me. He understood right away I had no idea the bike was stolen, and obviously, I didn’t steal it. Well, not obviously, I guess, but trust me… I didn’t.

I didn’t know what to do. There I was, sweat-soaked, having a great (and freezing) winter ride, face to face with the guy who rightly owned my bike. I faltered. I took my goggles off , as everyone knows you can’t be taken seriously in ski goggles.

Finally, I offered to give it back. I offered him a case of beer. I told him I didn’t have the seller’s contact info anymore (that phone had gone through the washing machine).

He didn’t know what to do either. His new bike (the one he was on) was much, much better than the old one. He had no real use for the stolen bike anymore, and said so. He was happy to see that someone was actually riding it … enjoying it. Avoiding the winter crazies with it.

In the end I gave him my contact info and he said he’d think it over. I spent the rest of my ride distracted, annoyed (not at him, but generally), and worried. What if he decided he wanted it back? He might know where I live!

Later I got home and put the bike away, carefully cleaning the snow off, lubing the chain, and checking the tires. The ride had done the opposite of what it was meant to do. Instead of feeling refreshed and invigorated, I felt stupid, concerned, and guilty.

In the end, he never called. Maybe he decided there was nothing to be gained by another well-meaning rider getting screwed out of his ride. I hope so.

It’s summer now, and I’m trying to get out on the trails as much as I can. The bike feels mine again, although there’s always a worry in the back of mind that I’ll bump into my bike’s previous owner another time.

And these days, I’m starting to think about upgrading. A fat bike looks awfully tempting, and it’d be nice have more than one gear to work with.

Maybe I’ll do what I’ve never done before, and buy a brand spanking new bike from an actual legit bike shop. Or maybe I’ll just keep hunting for another great deal on Craigslist.

Meanwhile, the mean, green machine’s locked and double-locked in my shed.

Just to be safe.