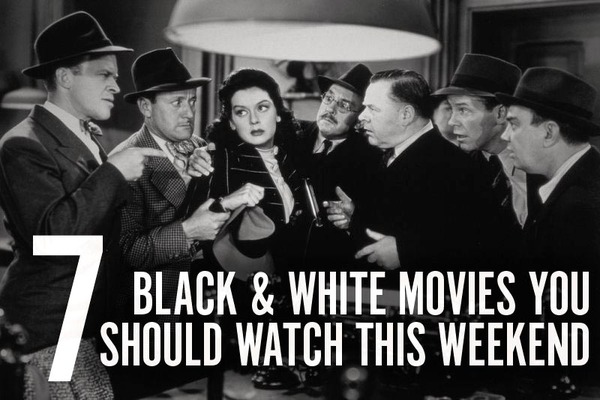 Looking for something to watch this weekend? Why not try some time-tested, black-and-white films that are in turns romantic, comedic, and all-around enjoyable?

Before we start this list I just want to mention: if you’ve never seen Casablanca, stop wasting everyone’s precious time and go do that. It’s a beautiful, heartbreaking, and stirring black-and-white film that every man should know as a matter of cultural relevance. I would include it in this list but I think it’s a given that most people have already seen it, but if you haven’t, go do it, and feel free to tell me what you think. Ok, here we go… 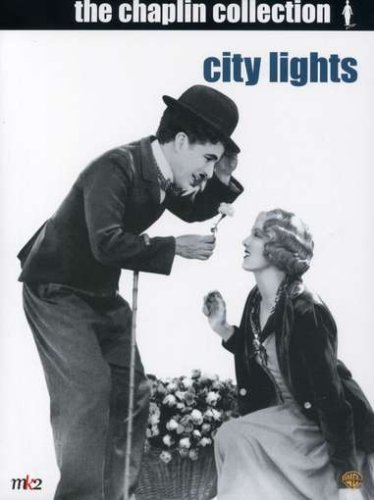 City Lights is considered to be one of Charlie Chaplin’s most influential movies and is ranked #11 on AFI’s 100 Years.. 100 Movies. The story follows the Tramp through a series of misadventures as he falls madly in love with a blind girl while befriending a comically mercurial alcoholic millionaire. The film is considered the first romantic comedy in cinematic history, and features one of the most iconic shots of Chaplin hiding part of his face behind a flower while waiting to hear if his love is reciprocated. Currently streaming on Hulu Plus. 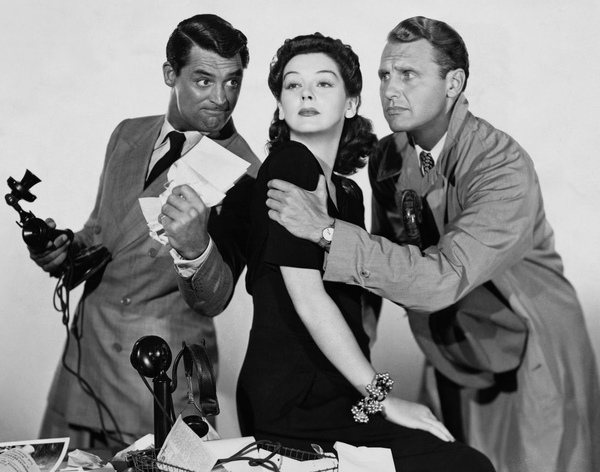 One of the all-time great screwball comedies, His Girl Friday tells the story of a hard-edged newspaper editor (Cary Grant) who convinces his star reporter/ex-wife (Rosalind Russell) to cover one last story before she takes off for another man. Featuring some of the wittiest rapid-fire dialogue, this story set the stage for all newspaper dramas to come. In filmmaking, one page of a script roughly equals a minute of screen time; His Girl Friday was a 180 page screenplay with a running time of 92 minutes. Currently streaming on Netflix, Amazon Prime, and Hulu Plus. 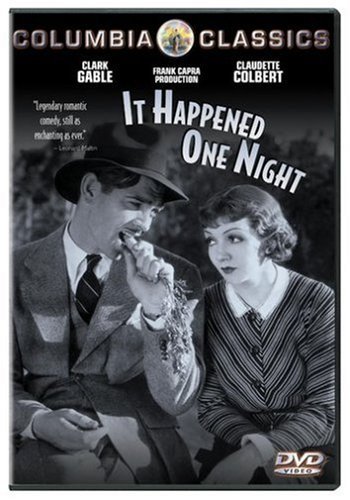 It Happened One Night

A spoiled socialite (Claudette Colbert) escapes from her father’s meddling gaze to marry a fortune-hunter, only to fall in love with the rakishly down-on-his-luck reporter (Clark Gable) who agrees to help her in exchange for the exclusive story. Brilliant banter abounds in a way that feels SO modern – you don’t have to appreciate old movies to love this one. It Happened One Night was also the first film to win all five major Academy Awards (Best Picture, Director, Actor, Actress, and Screenplay). Currently streaming on Amazon Prime. 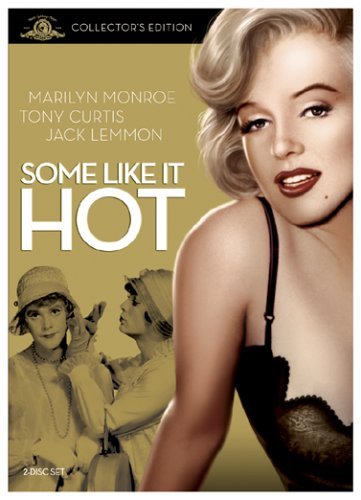 This classic film tells the story of two comically misfit musicians (Jack Lemmon and Tony Curtis) on the run from mobsters who elect to disguise themselves as women in an all-female band. Meantime, they both fall for the illustrious Marilyn Monroe in a performance so stellar that both male and female viewers will be smitten to her. It’s a joyous movie all around and ends with one of cinema’s most famous final lines, “Well, nobody’s perfect.” Currently streaming on HBO Go. 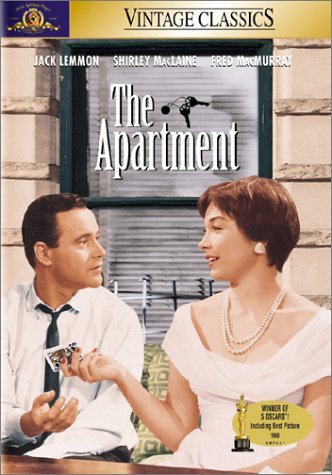 I recently saw a double feature of this and It Happened One Night and was blown away by The Apartment‘s ability to bring you to the depth of sadness (attempted suicide and its ramifications) and back to heights of joy by watching to lonely human beings connect in a lonely 1950’s New York City. Hot on the heels of Billy Wilder’s Some Like It Hot, The Apartment features Jack Lemmon and Shirley MacLaine in this poignant story about a career-oriented bachelor who rents his apartment to his co-workers for their extramarital liaisons. Kevin Spacey dedicated his Academy Award for American Beauty to Lemmon’s performance in the film. Currently Streaming on Netflix. 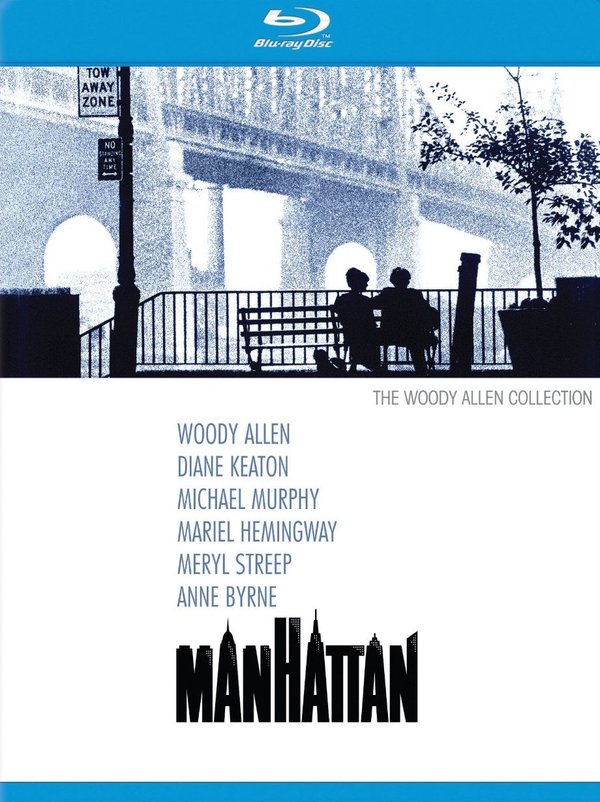 Woody Allen’s Manhattan isn’t a classic black and white film (it was made in 1979), but it is a classic and it is black-and-white and it’ll definitely give you two something to talk about. The movie follows a 40-something, twice-divorced comedy writer who is dating a 17 year old, but then falls in love with his best friend’s mistress. The film stars Allen, Diane Keaton, Michael Murphy, Mariel Hemingway, and Meryl Streep, and with its incredible George Gershwin score its arguably a better way to experience Manhattan than Manhattan itself. 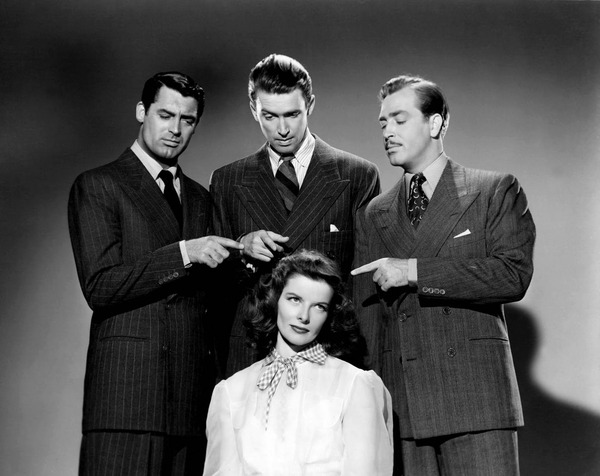 Three men vie for the love of a beautiful and independent socialite (Katherine Hepburn) – her ex-husband (Cary Grant), a tabloid magazine reporter (James Stewart), and her actual fiancé (John Howard). Hilarity ensues when they all arrive for the weeding weekend in the manner of the best of Shakespeare’s farces. The film was nominate for six Academy Awards and revitalized Hepburn’s career.

If you still have winter (or are just missing winter) try checking out our Winter Themed Movies for Men.