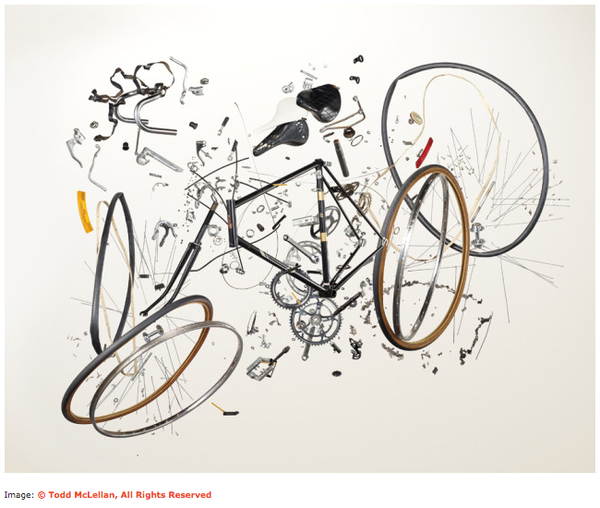 As you might have guessed, the folks who steal your bicycle don’t really intend to ride it around.    Instead, the bicycle, whose ease of adjustability for the rider that usually only requires a hex wrench, also makes its incredibly easy to break down and take away. And unlike the frame, which can be identified by a serial number, components such as the saddle, handlebars, pedals, drive train, and accessories like lights and racks, are as generic as can be, and therefore, easy to resell to unscrupulous buyers.

SeattleMet reports on the phenomenon, which, most of the time, doesn’t actually result in a cash transaction. They quote Bryan Hance of bikeindex.org, who notes,

“It’s all drugs…Bikes become a sort of currency. You can rip off a bike and trade it for a $50 bag of drugs pretty easily, and then that guy turns around and trades it to another guy, and so on.” One UW police report describes the arrest of a man busted for selling stolen bicycles via Craigslist. A search of his sedan revealed clothes, toiletries, cellphones, and tools for stealing bikes. An utterly spartan existence—save the meth pipe in the glove box.

For anyone that owns a bicycle, check out the full piece at SeattleMet. Turns out, your garage isn’t all that safe either.