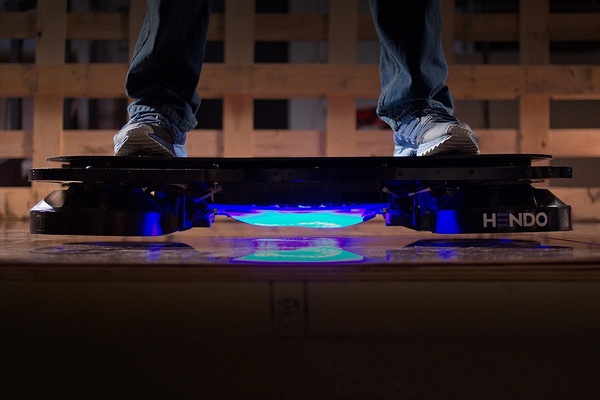 Alright we gotta talk about hoverboards for a second. They’re awesome, we’d all use one if they functioned like Marty McFly’s, and for the most part they’ve been a dream of the future. In fact, every couple years there’s some tiny innovation that doesn’t amount to much or there’s a viral hoax to let us down like Tony Hawk’s HUVr prank earlier this year. No more. 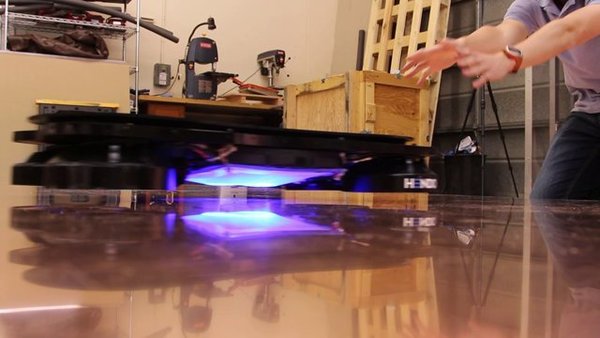 Presenting the Hendo Hoverboard, a proof of concept Kickstarter by Arx Pax based on the groundbreaking work of Greg Henderson. Henderson pioneered his new technology – dubbed Magnetic Field Architecture, or MFA – in an attempt to change the way we think about how communities are designed and built. He desired “to build structures in such a way that, with almost of a flip of switch, they can be literally lifted out of harm’s way, so that the potential ravages of earthquakes and floods and rising sea levels will no longer hold sway over the inhabitants and occupants.” In the meantime, he gave us a hoverboard.

The battery currently only lasts about 15 minutes and you can only hover above metallic surfaces, so there are some things to be desired. You may also notice the lackluster boarding by the scientist testing out the hoverboard, but I’m guessing a skating a pro might be able to do a little more. Check out the Hendo Hover’s website and Kickstarter campaign, or if you’re more interested in how the hoverboard actually works, check out this informative article on Wired.com.