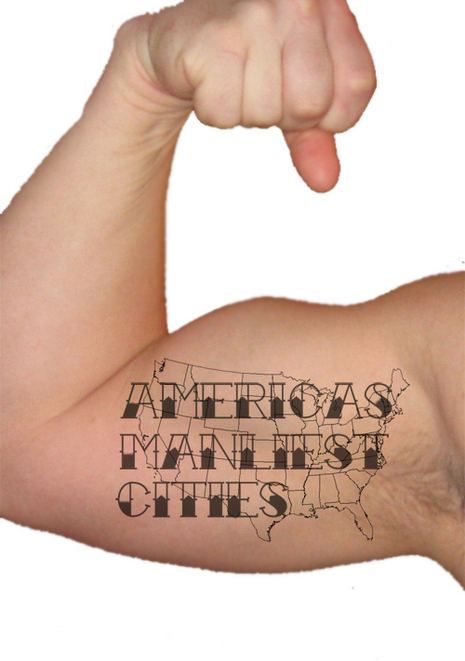 Combos (the filled preztel/crackery things) and researched Bert Sperling have just released the second edition of “America’s Manliest Cities.” The winner this year is Charlotte, North Carolina, with my own city of Columbus, Ohio in number two, and Kansas City, MO coming in third.

So, check out how they determine this: there are five criteria in which a city can be ascribed up to 100 points, based on per capita figures. They are the availability or consumption of

Then, even more interestingly, there’s the Kryptonite, or the “emasculating” categories, like number of minivans or foreign cars registered, and coffee shops and sushi joints, for which a city looses points.

I really wanna swear, but I won’t. This kind of stuff is complete nonsense, and exactly the reason we started ManMade in the first place. Sushi is emasculating!?