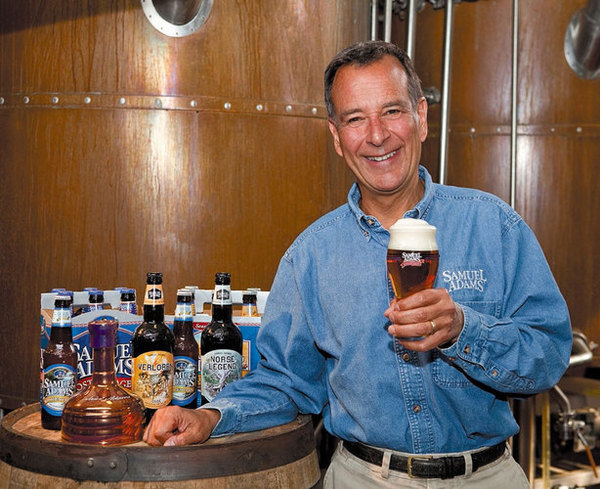 Esquire’s Aaron Goldfarb recently hung out with Jim Koch, the co-founder and chairman of the brewery behind Samuel Adams, and, unexpectedly, learned the brewmeister’s trick for being able to taste and drink socially professionally without losing his composure.   Goldfarb writes,

That’s when things got dead serious for the first time all afternoon. Koch leaned in toward me, stared straight into my eyes, and whispered.

“You wanna know my secret? How I can drink beer all night long and never get drunk?”

In fact, I had always wondered that. Though this was the first time I’d ever formally met Koch, I’d “met” him in the past at a few beer festivals. Those sorts of events are always kind of Bacchanalian shit shows, with people imbibing dozens of beer samples in a short period and soon stumbling around large convention halls drunk of their asses. Brewers included. But not Koch, who I’d long noticed was always lucid, always able to hold court, and hold his own with those much younger than him. This billionaire brewing raconteur was doing likewise with me at 4 PM on a Thursday afternoon despite the fact we were both now several beers deep. So what was the secret?

“Active yeast. Like you get at the grocery store.” 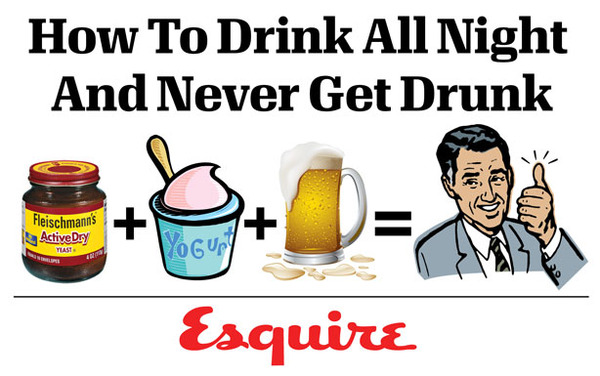 Really? Really. Of course, you need to be safe, and we don’t ever recommend careless or irresponsible consumption. But, apparently, there’s something to this. Now, if there was only a trick to dealing with the extra calories.

Check out the full piece for the details: How to Drink All Night Without Getting Drunk