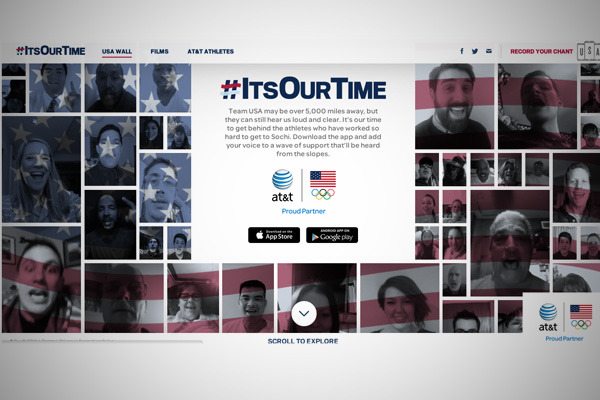 In 1980, the U.S. men’s ice hockey team was made up of a collection of amateur and collegiate athletes hardly known for its hockey prowess in any region south of the Great Lakes. In a medal round match against the Soviet Union – an ice hockey powerhouse and then Cold War-era antagonist – the U.S. team managed to beat the CCCP in what became known as the “Miracle on Ice,” and the moment that Sports Illustrated dubbed the Top Sports Moment of the entire 20th century.    The win over the Soviet Union, which had won the gold medal in six of the seven previous Olympic Winter Games, also popularized the now standard “U-S-A!” chant which any U.S. citizen has internalized as the most straightforward way to encourage our athletes.

AT&T, a proud sponsor of Team USA and the U.S. Paralympic Team, invite you to join them in celebrating our U.S. Olympians by joining in the iconic chant. Download the #ItsOurTime app and record yourself shouting the iconic ‘USA!’ chant and help drive Team USA to gold in Sochi. Then, use the #ItsOurTime hashtag to share stories of inspiration through your favorite social media channels.

You can download the app at the iTunes or Google Play store, and upload your video to support Team USA. I just made my own, which you can see here! 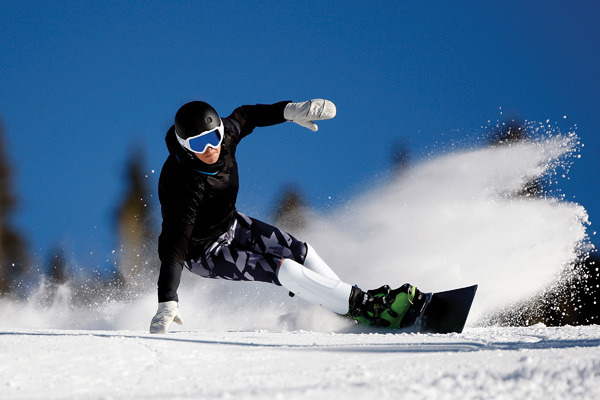 To get you pumped, check out this Q&A with Alpine snowboarder Justin Reiter

What inspires you to keep going?

Like all athletes I have faced a lot of moments in my career where quitting would have been a lot easier. Injuries, poor finishes, unmet goals, and adversity have made for a bumpy road. I am inspired to keep going simply because in my heart I know that the pain and regret that comes along with quitting is greater than any difficulty I face.

What is one of the most inspiring moments you’ve experienced?

I retired from snowboarding in 2010 after taking almost two years off I decided to return to the sport as I had unfinished business. The first day back on snow and feeling the purity of sport, the adrenaline, and the satisfaction of chasing a dream was one of the most inspiring days I have ever experienced. I realized then how much I loved snowboarding and how it was a part of me.

What’s the most inspiring thing someone has ever said to you?

After a difficult season in 2006 that included missing the Torino Olympics I was struggling to find a way to keep going, to find confidence, and to believe in myself. I called my Mom because I had no one else to turn to. I told her how I was feeling and she listened. When I was done she calmly started listing all of the people in my life who did believe in me. She started with my junior coaches and elementary school teachers. She continued to the athletes that I looked up to and who had encouraged me to pursue snowboarding as they saw something that made them believe in me. At that moment when I was unable to believe in myself my Mom, by reminding me what other people saw, taught me how to never stop believing. Any time I am in doubt or feel like I can’t believe in myself I go through that list in my head. I see the faces and hear the words of those who always encouraged me. It is in their words that I find my own strength and ability to believe.

What are you thinking of in the seconds before you compete?

Download the app at the iTunes or Google Play store, and learn more at att.com/TeamUSA. 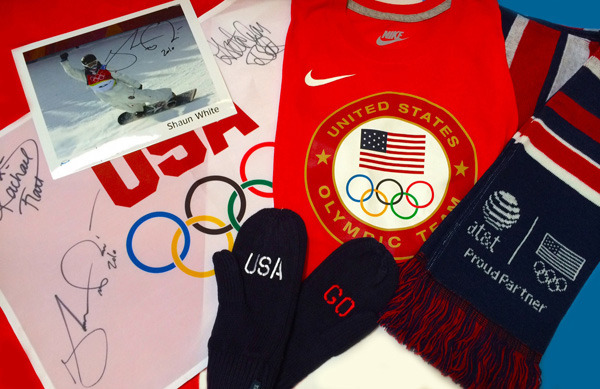 This post was sponsored by AT&T. All opinions mine.