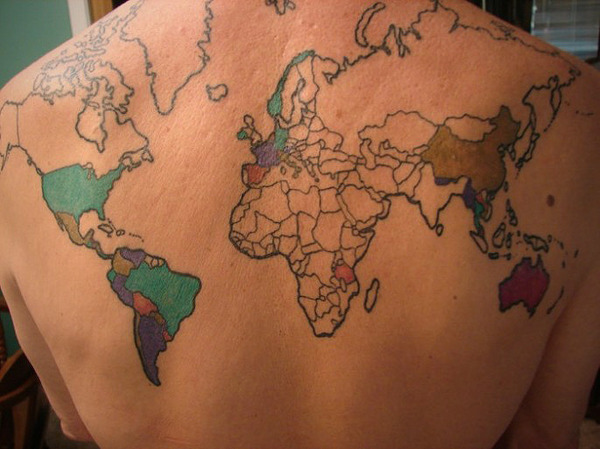 Backpacker Bill Passman has a goal. An understandable goal for any adventure traveler: he wants to visit every country on Earth, and see what there is to see. So, to keep track of his adventures, Bill got a large scale tattooed back piece on his corpus, detailing the boundaries of each of the 196 countries on our planet. Once he visits one, he gets its borders colored in to document his explorations. 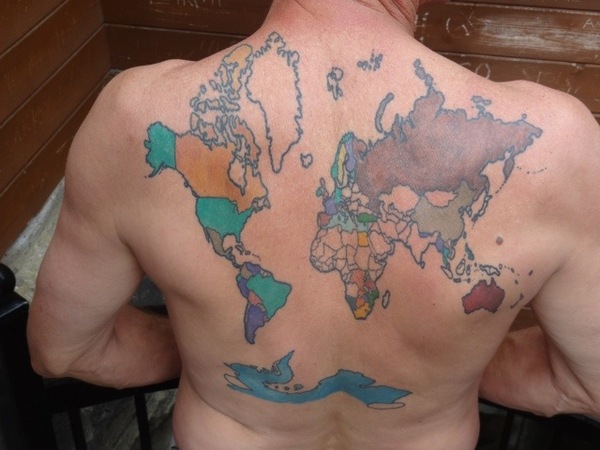 As of late 2013, Bill has visited the majority of North and South America, Western Europe, Southen Africa, the Mediterranean, Antarctica, Scandinavia and Russia, and parts of Oceania and Eastern Asia. I sincerely hope he’s able to finish the piece, and admire his commitment to both the tattoo and his travels.