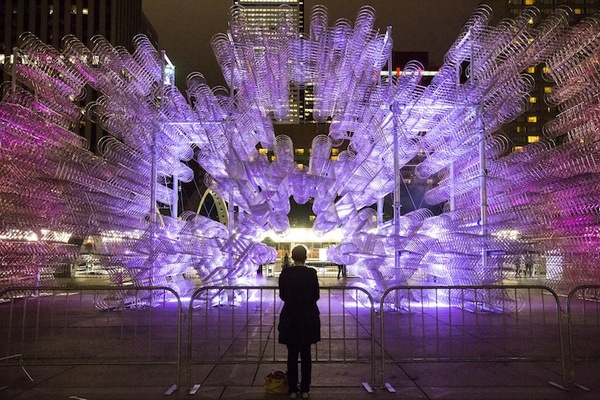 First things first: can you guess how many bikes were used in this installation?

Ai Weiwei is one of the most notorious contemporary artists of our generation, his work has pushed the envelop in many social and political issues in China and the world. And just as much as his work has brought him standing ovations, he has also suffered the consequences of standing against political juggernauts like China’s tight regime. That hasn’t stopped him though, and as you can see in this AMAZING installation, he can bring his art to almost city in the world.

This installation titled “Forever Bicycles” reflects his stance on mass production…using 3,144 bikes were used to build it.

This is the first time that Forever Bicycles has been displayed in open air public space. It’s currently located in Toronto’s Nathan Phillips Square, and I’m kinda jealous of those Torontonians right now! 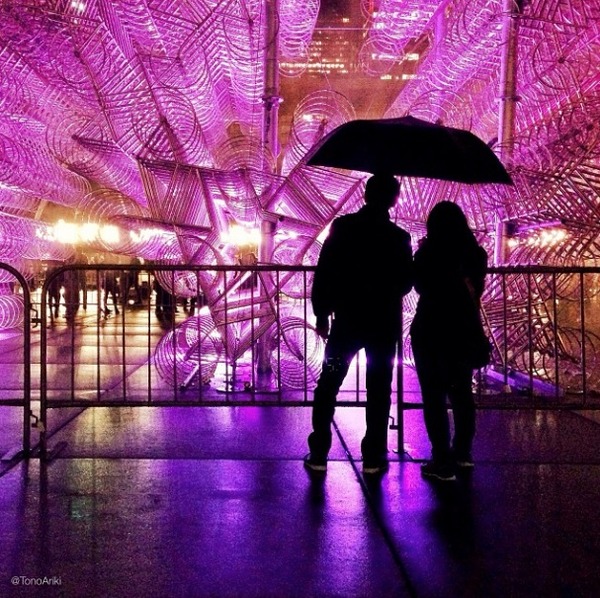 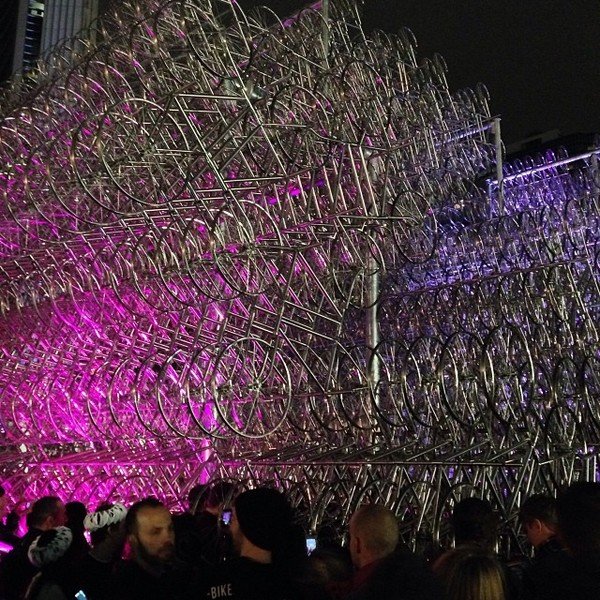 If you want to read more about Ai Weiwei’s work, check out his wiki. I also highly recommend watching the film Never Sorry, which is streaming on Netflix