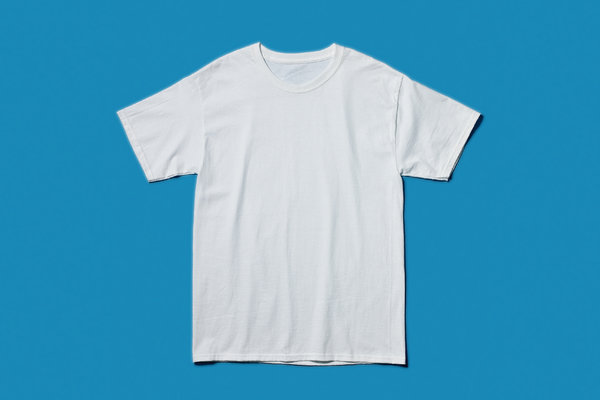 “In 1904, the Cooper Underwear Company ran a magazine ad announcing a new product for bachelors. In the “before” photo, a man averts his eyes from the camera as if embarrassed; he has lost all the buttons on his undershirt and has safety-pinned its flaps together. In the “after” photo, a virile gentleman sports a handlebar mustache, smokes a cigar and wears a “bachelor undershirt” stretchy enough to be pulled over the head. ‘No safety pins — no buttons — no needle — no thread,’ ran the slogan aimed at men with no wives and no sewing skills.”   So begins Pagan Kennedy’s look at the origins and history the most basic of clothing: the t-shirt, and its inevitable rise to a daily wear item. Apparently, someone in the U.S. Navy got ahold of the ad, and within a year, every sailor was wearing a t-shirt under their uniforms, and by the 1940s, they were ubiquitous.

Read the whole story at The New York Times: Who Made That T-Shirt?