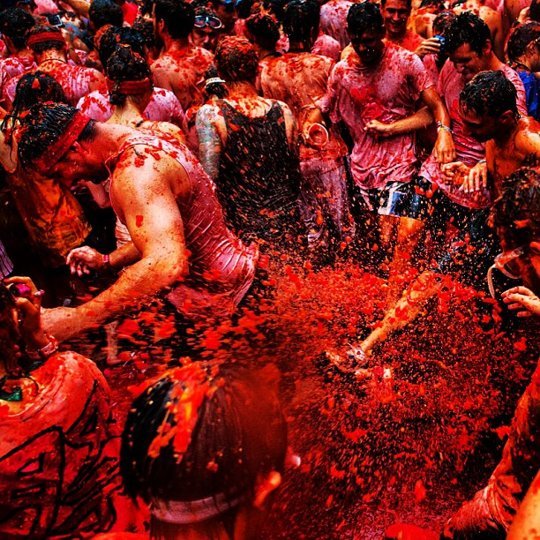 Earlier this week, some 20,000 people gathered in the small town of Bunol near Valencia, Spain, to engage in “La Tomatina.” The festival is reportedly the world’s largest food fight, in which participants throw, smash, and otherwise engage with 130 tons of tomatoes. By the end of the event, the streets are filled with a serious coating of tomato puree, which actually looks pretty tasty, despite the fact that it’s filled with gravel, dirt, and the sweat and germs of 20,000 Spainards. 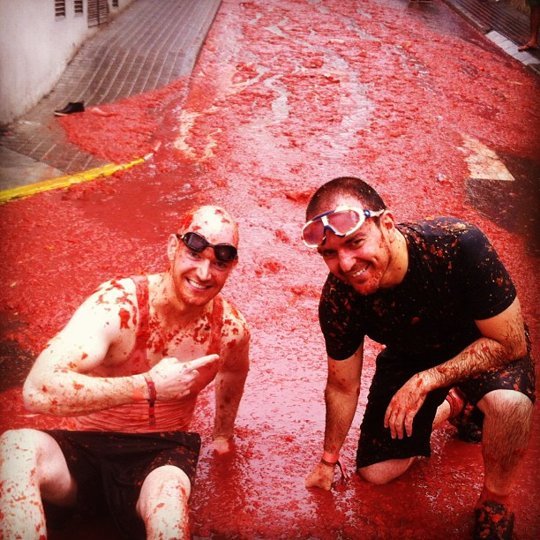 I would totally participate. Totally. Learn more and see additional photos at The Kitchn: This is What the World’s Biggest Food Fight Looks Like