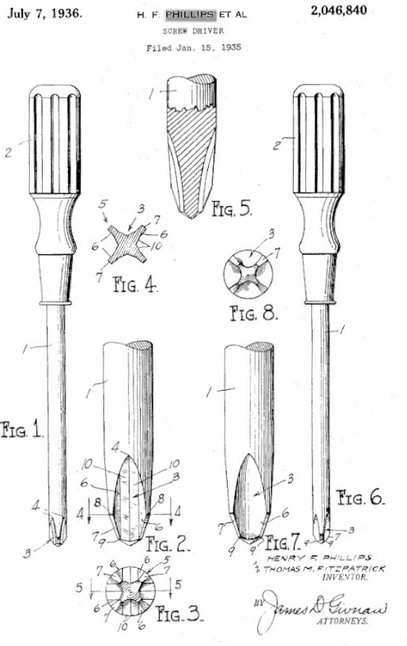 These days, there are a multitude of screw and driver styles lining the hardware stores: torx and square, and Supadriv and star-bit and the like. But less than a century ago, there was but one – the single slot. So begins the surprisingly interesting story of Henry F. Phillips, the Portland, Oregon-based inventor of the Phillips screw drive. A Continuous Lean shares the history, beginning with:

[Phillips] knew that car makers needed a screw that could be driven with more torque and that would hold tighter than slotted screws. Car makers also needed a screw that would center quickly and easily, and could be used efficiently on an assembly line. The Phillips screw was designed so that it could be driven by an automated screw driver with increasing force until the tip of the driver popped out without ruining the screw head. So what many consider a design flaw is actually a feature (at least if you’re a car manufacturer). 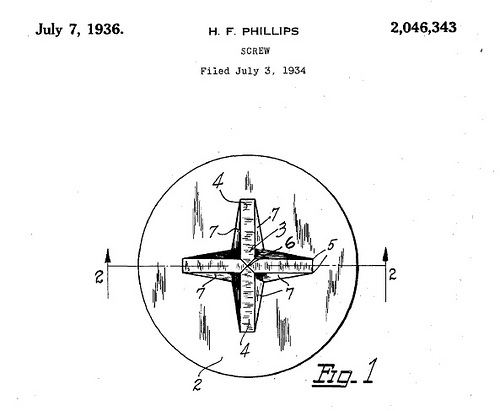 It’s a quick and interesting read, and worth a look… Your little fun bit of maker history for the day:

A Better Way to Screw [A Continuous Lean]