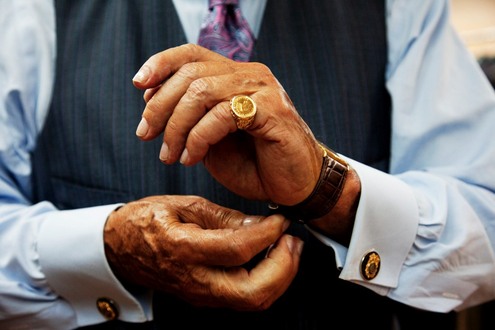 Friends, meet Martin Green, the Brooklyn-based master of the custom suit, who’s been called the world’s greatest tailor, and has made a bespoke suit for nearly everyone who’s in the business of needing a bespoke suit, including U.S. presidents and other government employees, and film and television departments, such as the vintage recreates

Martin’s career began when he came to the U.S. in 1947 as a German concentration camp survivor, and began his apprenticeship in the garment industry as a “floorboy,” running fabrics and patterns around the seamshop. He now owns that very company where he began, GGG Clothing, and tailors the best custom suits in the country. 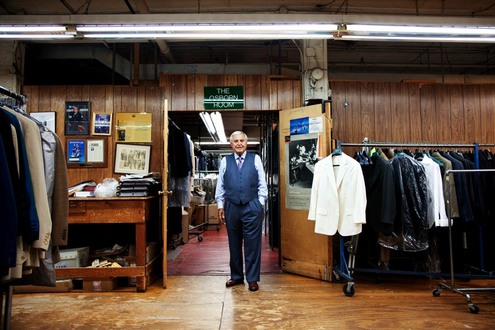 He says, “Everybody is a perfect person. There are no two people alike that you’ll meet in your lifetime…I have to make you a suit that fits you,” as he describes the efforts he’s able to make to accomodate for all kinds of body types and needs.

Watch this excellent video to learn more about this incredible man:

Video via The Fox is Black

Still photos by The Selby