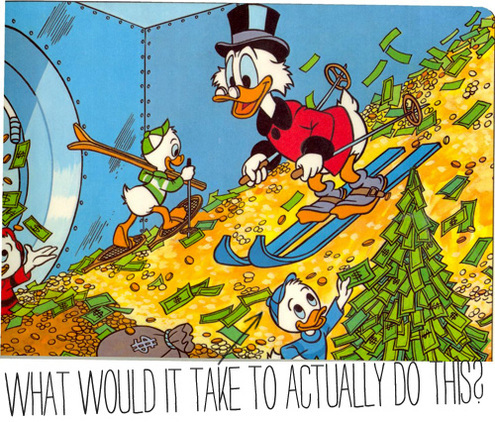 When I was a kid, I loved nearly everything about Ducktales – the myth and culture-based plotlines, that guy that could count everything really fast then turn into a robot, to the oh-so-evil and impossibly named Flintheart Glomgold. But, even as a five-year-old, I was a skeptic about the famous Moneybin. I even remember asking my dad how it was possible to land on a giant pile of coins and sinking in, instead of just going splat on the surface. I even got out a jar of pennies and jammed them with my fist to see if I could break through.It hurt. A lot.

Matt Powers of The Billfold takes on a different moneybin question, namely, “how much money do I need to create giant floes of gold in a private vault and dive into it like Scrooge McDuck?” 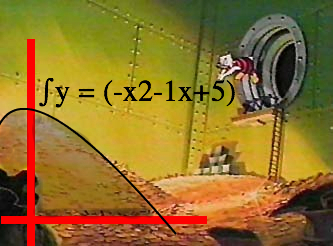 Turns out, it’s something like three times the net worth of the world’s current richest man. But you should definitely check out how he gets there.