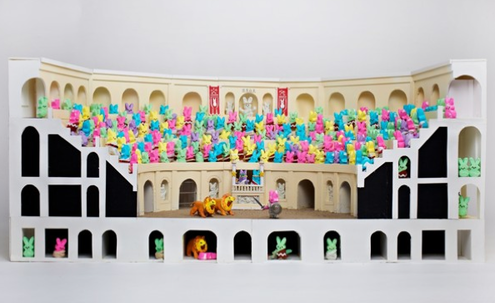 Every spring, the Washington Post hosts a Peep diorama contest, and every spring, I get all excited about it and then regret not entering. This year’s entries play with some of the most iconic cultural images of the last twelve months: the Republican debates, the royal wedding, Occupy Wall St., Downton Abbey. Like it or not, this is how Spring 2011-Winter 2012 looked, and will be remembered. In marshmallow. With sugar. 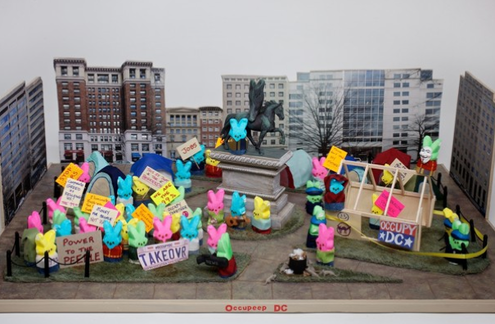 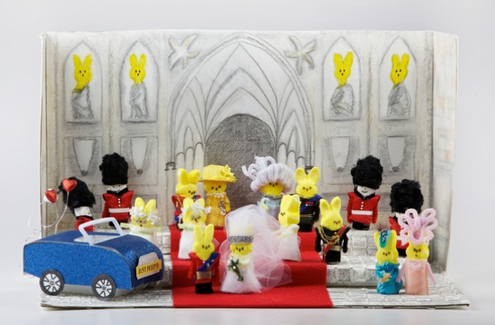 “Before the contest began, we predicted that Occupy D.C. and its spinoffs would dominate submissions, and they did: There were dozens of Occupy-related entries from the 755 entries received. An OccuPeep entry took on an air of inevitability. But surprises emerged: a homespun miniature homage to the Black Caton 14th Street NW. An inventive joke born of Internet memedom. A massive memorial to Roman antiquity.” 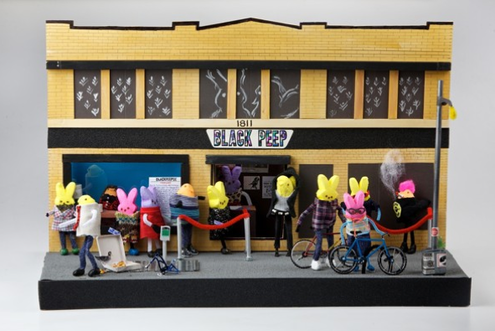