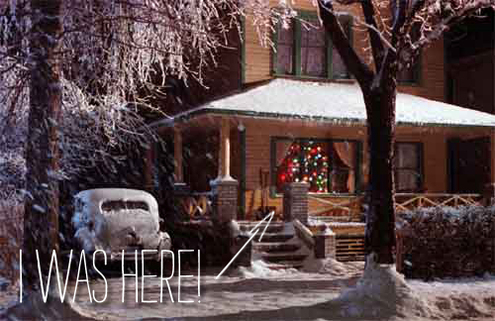 Last March, while visiting friends in the Tremont neighborhood of Cleveland, my friend casually remarked, under his breath, with a bit of scorn, “Oh, and there’s the A Christmas Story house.”

“Excuse me? Did you say the Christmas Story house?”

“Yeah,” he replied, “people actually line up to go there.”

“You mean, you can actually line up to go there? And see it?”

People have different priorities, I guess. But I knew my gift to myself (well, to my relationship) come December was determined, and last weekend I went. And it was incredible.

Couple that with some very freshly fallen snow, and a very, very good meal at a Michael Symon restaurant, and a Christmas day in Cleveland is about as festive as it gets.

Wanna see what it looks like? Good deal. Take a peak: 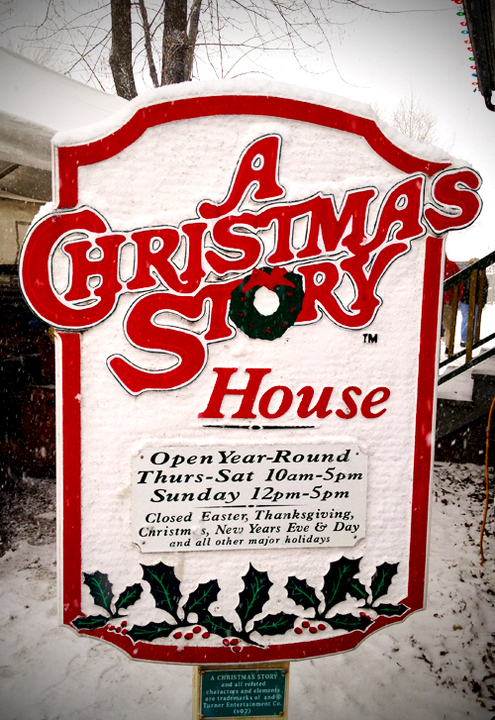 Of course, my camera battery died as soon as we got in line, so apologies for the iPhone photos. But, it was probably easier that way. Being the week before Christmas, it was packed, and it’d have been quite tough to compose a proper photo. 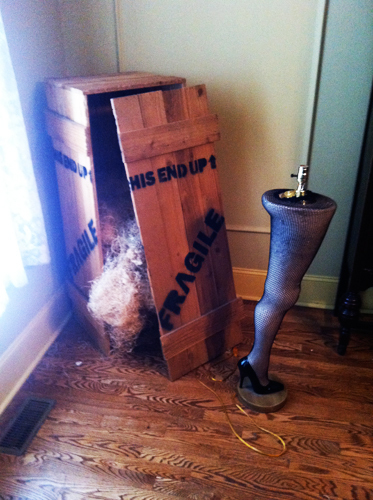 Upon entering, you’re greeted by a very major award. 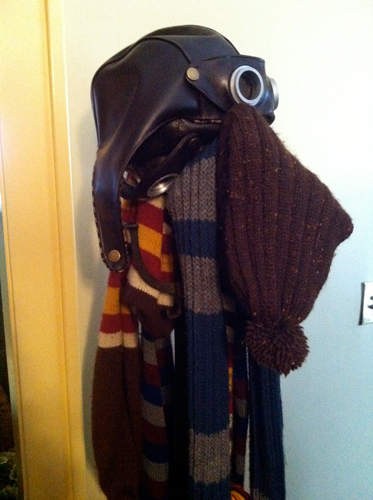 Ralphie, Randy, Flick, and Schwartz’s hats on the coat rack. Also available in the gift shop. 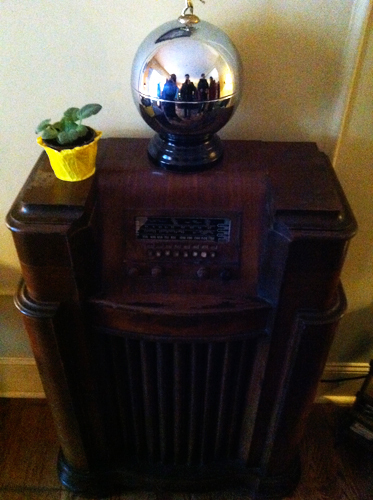 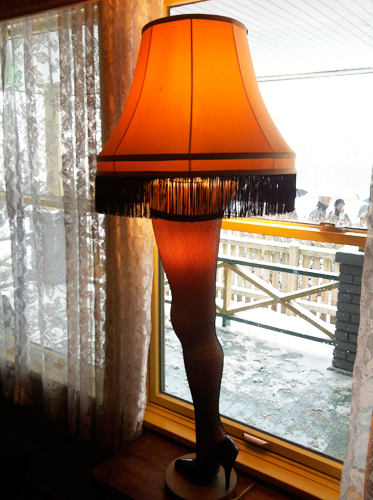 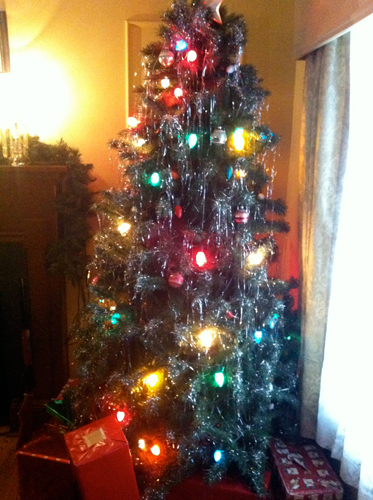 The tree – ripe for placing zepplins and blue bowling balls below. 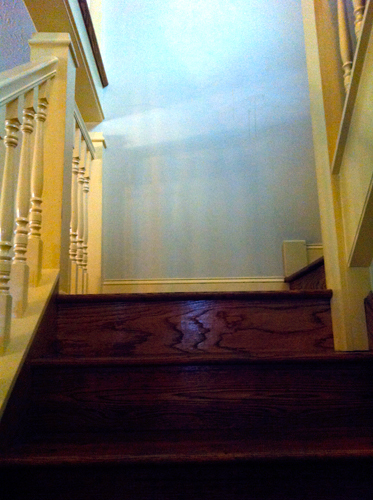 The staircase, on whose landing Ralphie first unveils the pink nightmare. 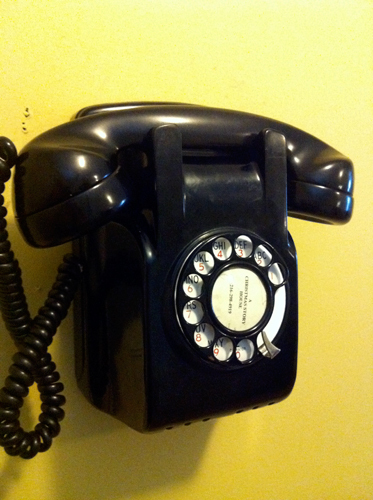 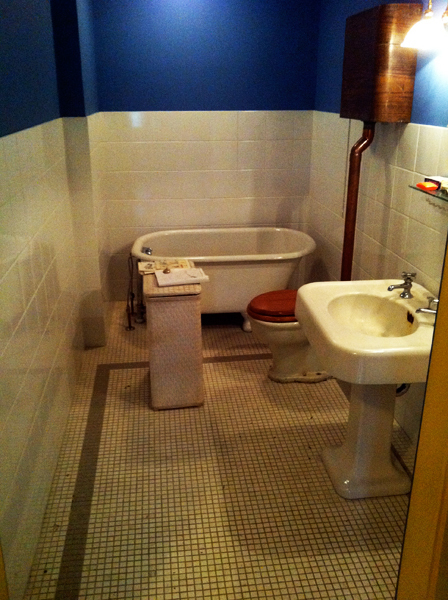 The bathroom, complete with mouth washing soap, and a private place to translate… 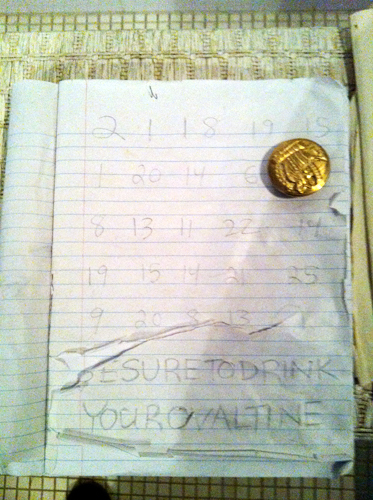 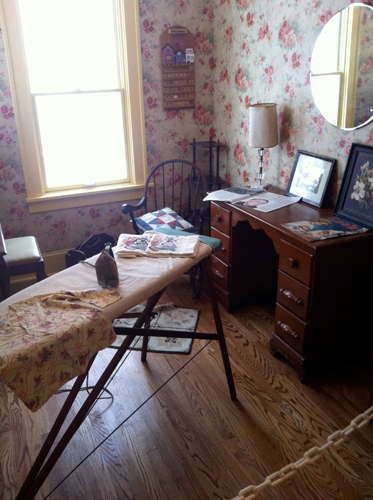 The sewing room, complete with Look magazine into which to place a Red Ryder BB Gun ad. 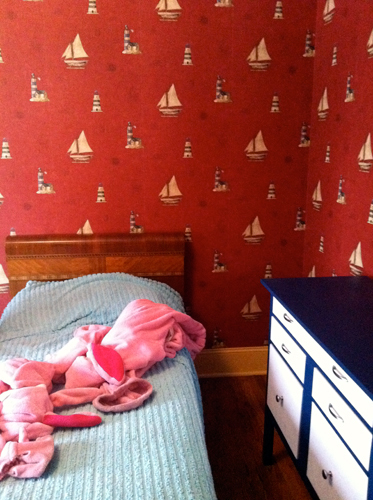 Ralphie and Randy’s room, with you-know-what on the bed. 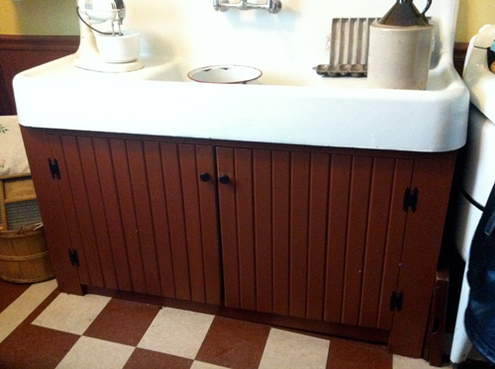 The kitchen sink, under which little brothers might hide, in case Dad’s kill bigger brothers for getting into fights. 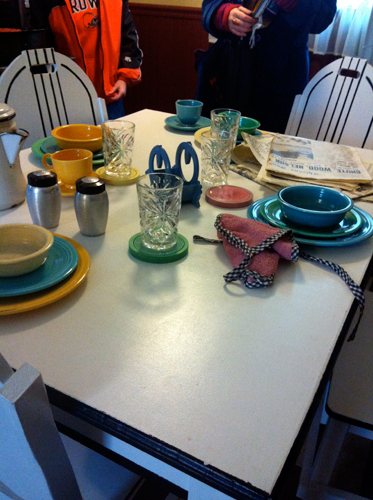 And the kitchen table, where one can show all how the piggies eat. 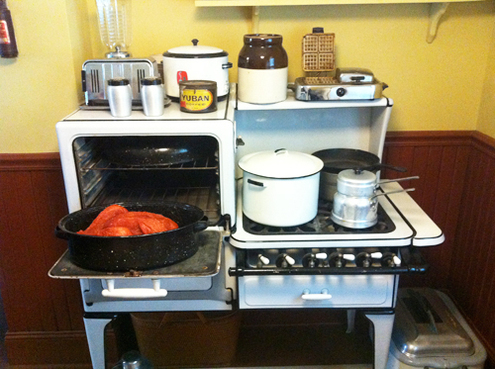 The oven and turkey, before the Bumpus hounds get to it. 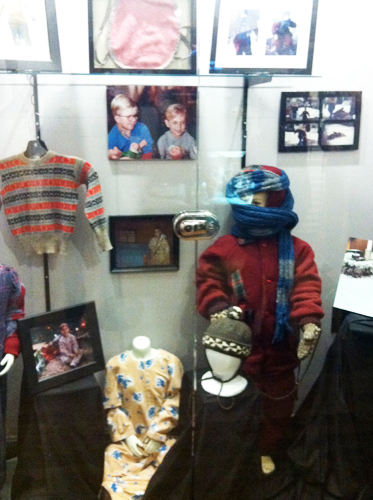 Across the street is the museum, which includes the actual costumes worn in the film, including their tiny sweaters and cant-put-my-arms-down snowsuits. 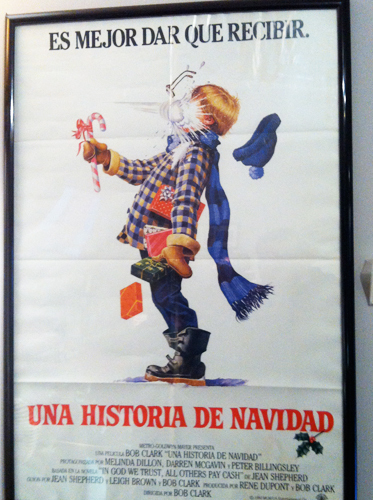 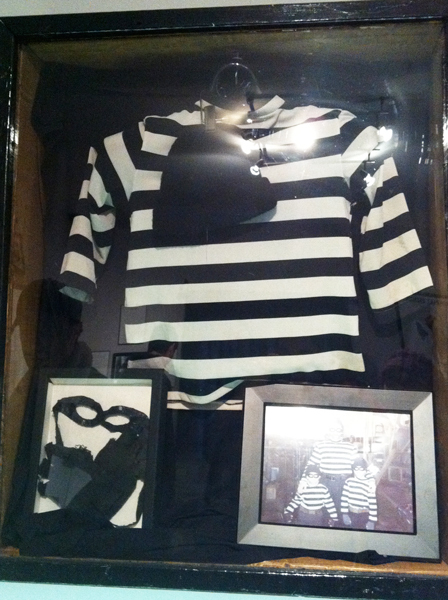 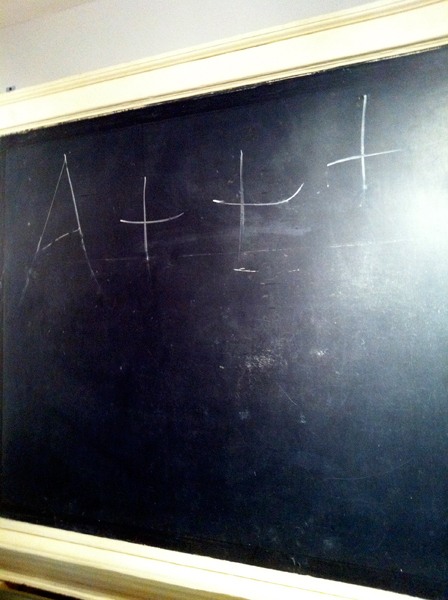 The actual chalkboard – transported from the school in Toronto where the scenes were shot – onto which Miss Sheilds declares her love for Ralphie’s theme. 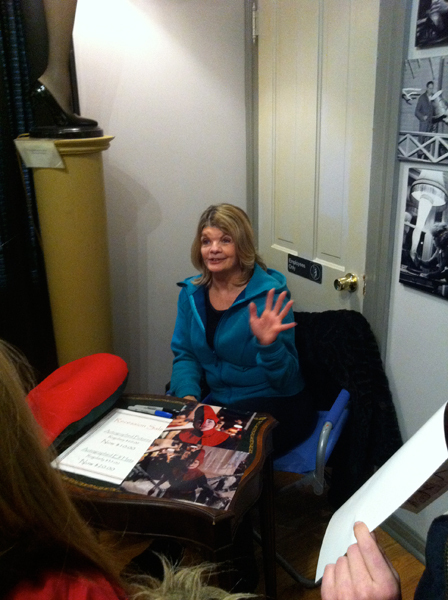 The actress who played the elf in the department store scene was there signing photos, and telling the same two anecdotes she’s clearly told for the last very many years. Randy was also there (apparently he lives on the property during some of the year), but was hocking $20 autographed photos…and honestly, I didn’t really wanna have to say “No thank you.” 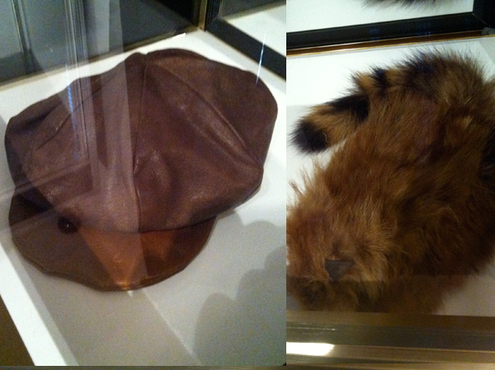 The signatureh hats worn by Scut Farkus and Grover Dill 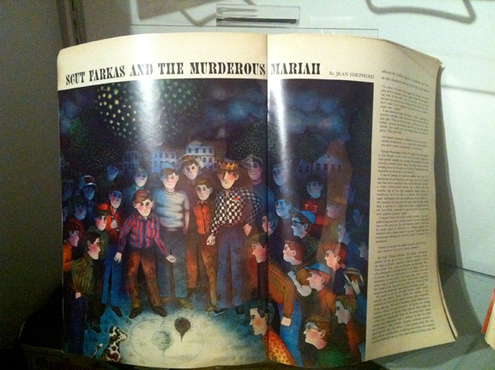 A Playboy magazine from the 1960s, where the stories that eventually became the film’s script were first published. 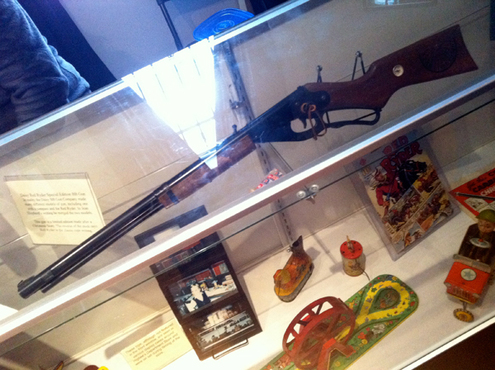 Ralphie’s actual Red Ryder, complete with compass in the stock. 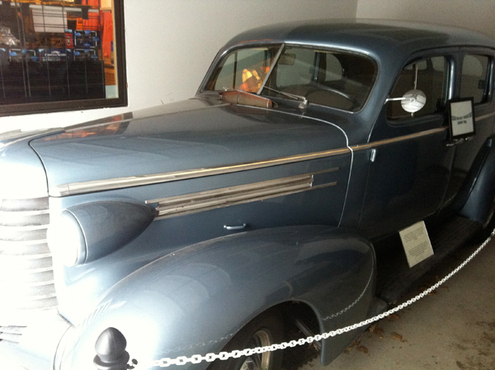 All told, the tour is a seriously good time. If you’re a fan and find yourself in Cleveland, it’s worth your time. It’s a good two hour investment around Christmas time, with the house, museum, and gift shop, where you can buy BB guns, leg lamps in all sizes, mouth-washing-out soap, and my personal souvenir – a Little Orphan Annie decoder pin.

And with that – ManMade’s out for the holiday break. I hope yours is amazing, and we’ll see you next week! 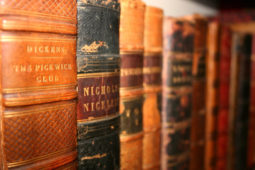 Seven Modern Classic Books to Put Hair on Your Chest 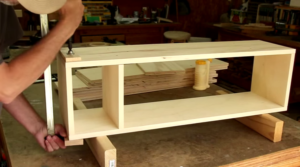 Building a Bookshelf From a Single Sheet of Plywood