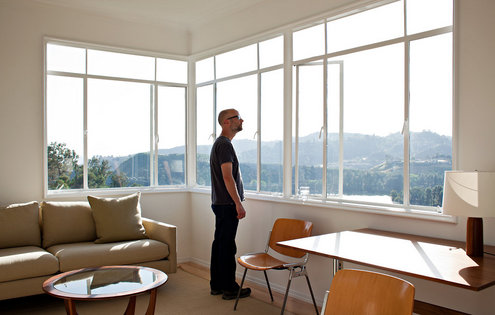 Moby, once the epitome of urban, NYC musician type, has a new home: a castle in the Hollywood Hills. And? It’s pretty awesome.

It has a turret built for the original owner’s pet monkey, the Rolling Stones slept here for a bit, plenty of adult films have been shot around the pool, and possesses a killer tiki bar.

“There is also what he calls the “penultimate” Hollywood view, for which you have to go up the stairs to the master bedroom. Be careful: Moby’s one rule is no shoes on the rug. O.K., now plop down on the rumpled bed. Looking through the window straight ahead, you can see the canyon fall to the Hollywood Reservoir; to your right and up the hill is the famous Hollywood sign. If he were a Hollywood producer and wanted to impress some actress, Moby says, he’d use that view.” 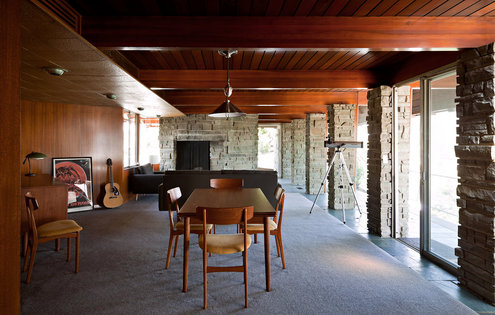 And his workspace? As he’s just moved in, it doesn’t seem finished yet, but still plenty drool worthy: 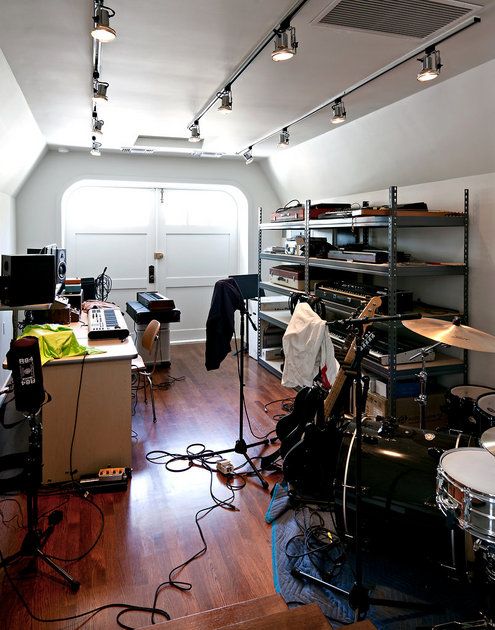 A Castle for the King of Techno: At Home with Moby [NYTimes.com]