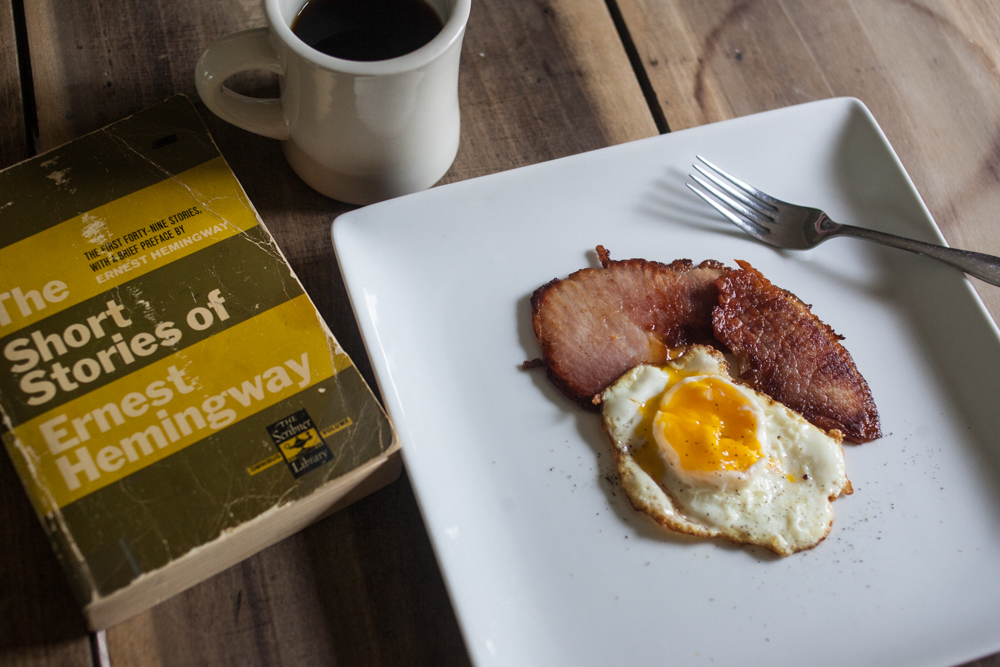 The best kind of writing, fiction or otherwise, is the kind that produces a strong mental image of what you're reading about. It's vivid and concrete; it's why metaphors and parables exist. To quote Strunk & White: “The greatest writers—Homer, Dante, Shakespeare—are effective largely because they deal in particulars and report the details that matter. Their words call up pictures.”

One of my favorite ways that writers bring their stories closer to reality is when they plop descriptions onto my mental dinner table. Maybe it's because I just love eating, so I don't need a lot of arm-twisting to think about food; maybe it's that I like it when the lines between fiction and reality blur, like Mac Barnett waxes about in his TED talk “Why a good book is like a secret door.” Regardless, I'm fascinated with collecting moments of characters interacting with their victuals.

Here are some of my favorite food mentions in books, linked up with recipes.

Thoreau, America's favorite curmudgeon and pencil maker, was also a keen businessman and didn't just slouch around when he conducted his famous “marrow of life” experiment at Walden Pond. He also planted a field of beans and sold them. He doesn't allude to how he prepared his beans, but New Englanders have been importing molasses and cooking with it since the 1800's, so this seemed as good a recipe to use as any. Meals in dystopian novels tend to follow a similar pattern: the oppressors get the good stuff, the downtrodden main characters get the castoffs. So when party-doubter Winston Smith links up with subversive Julia, she reveals some choice food that only the privileged Inner Party gets to enjoy. (I included this one as a “count your blessings” perspective meal, because the reality is that I get to eat stuff every day that a huge percentage of the world can barely comprehend, let alone dream of.)

Link: On Coffee Makers: Don’t Put a Machine Between You & the Most Important Drink of the Day

3. The Short Stories of Ernest Hemingway

“The Killers”: ham and eggs

I actually haven't read a ton of Hemingway since high school, but it doesn't take much work to recall that his books are mostly brimful with booze and not much by way of food. But you really can’t beat this classic American diner fare that Papa Hemingway serves up to a couple of mobster hit men on the hunt for a Swedish boxer, especially with a perfectly cooked sunny side-up fried egg.

4. East of Eden by John Steinbeck 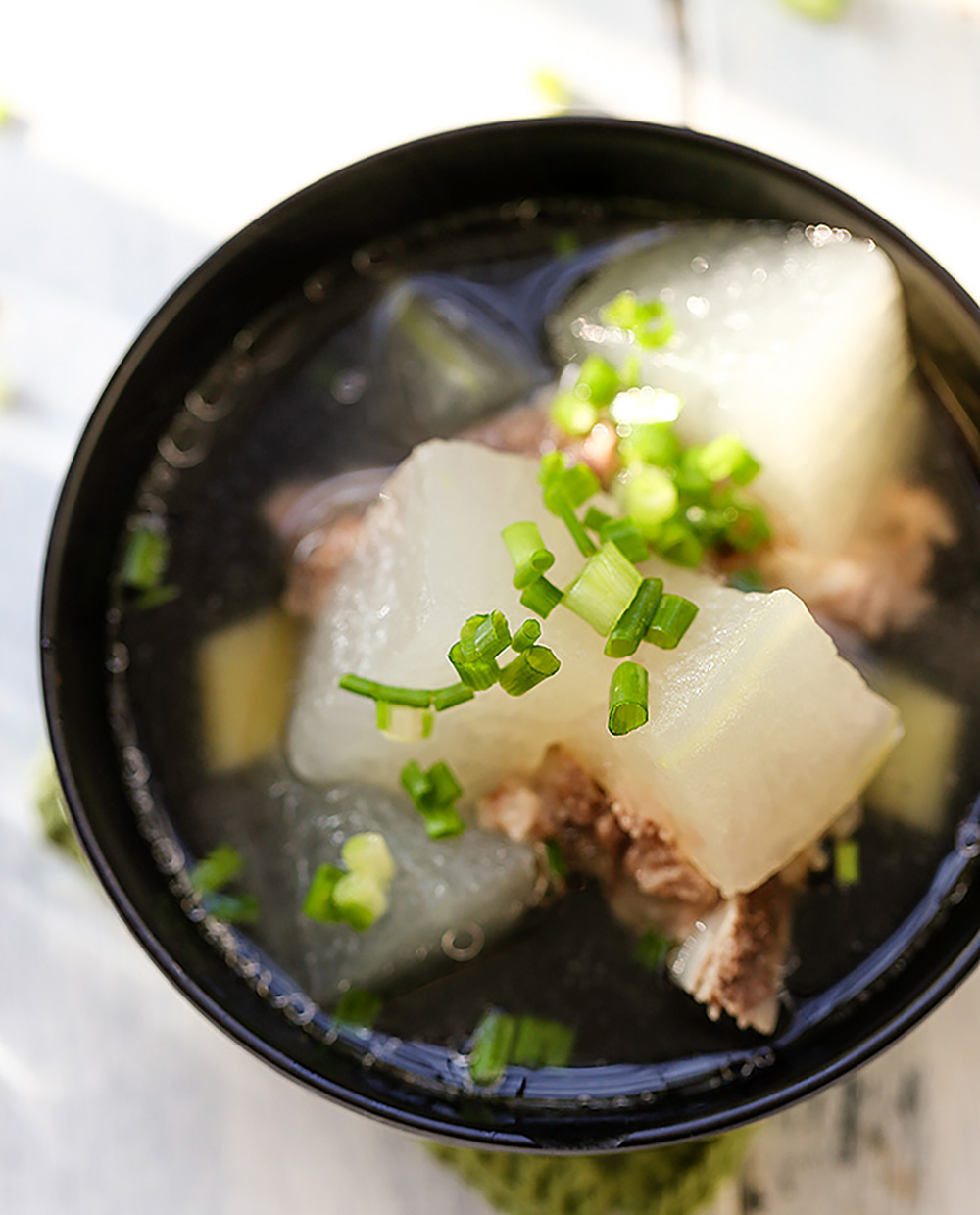 This is the book recipe that kicked off my interest in literature food when I first read it back in college. Lee, an important Chinese-American side character, decides toward the end of the book to cook a traditional Chinese meal just for kicks. The following recipe doesn't follow Steinbeck's description of cooking a chicken inside a melon on low for two days, but it does sound really good.

5. A Wrinkle in Time by Madeleine L'Engle

This is the first food description I can remember sticking out to me as a kid because it's so specific and, well, weird. As a 5th-grader I had no idea what liverwurst was, and probably would have thought it was disgusting had I tried it, but a year in Germany as a foreign exchange student taught me that it's absolutely delicious. So now that Charles Wallace's weirdo nighttime snack idea is back in my peripheral, I'm going to be on the lookout for some liverwurst and save it for a dark and stormy night.

6. The Adventures of Huckleberry Finn by Mark Twain

You can't talk about Southern food without tripping over cornbread at some point. This collection is from one of Huck and Jim's many accounts of vittles and sounds fantastic, down to the salted beef and fresh buttermilk. The cornbread recipe is for a dutch oven cooked over coals, which I imagine they likely would have had on their raft, since covered cast iron pots were common from Colonial times onward. The buttermilk recipe uses a little bit of yogurt to jumpstart the culturing of the buttermilk, which would have probably been the case with their buttermilk due to lack of refrigeration.

7. The Hunger Games by Suzanne Collins

Life in District 9, the stand-in for the Appalachians, is really rough before Katniss enters the Hunger Games and sparks the chain reaction that ultimately spells the Capitol's undoing. Before all that, though, she has to scrounge and forage after her father dies in a mining accident. Thanks to his guide on edible greens, as well as an act of kindness on behalf of her future partner-in-crime Peeta, she ends up with what passes for a pretty good simple meal. (Just don't feel like you have to skip the lemons and olive oil for the sake of accuracy.)

8. Sailing Alone Around the Room by Billy Collins

If you’re used to poetry with florid description, rhyming stanzas, or seriously obfuscated meaning, Billy Collins is going to throw you a curveball because he says what he means and uses accessibility as his modus operandi. His poem “Osso Buco” is a perfect example: he ate a great meal, got really full and sleepy, and wrote about it in a way that transports me there. Second only to the real thing, if you ask me.

9. The Wind in the Willows by Kenneth Grahame

I’m not sure what it is about this story I like so much—the enduring characters, the gently meandering plot, the vivid writing. Regardless, it also has a lot of food scenes. In this example, Mr. Toad is in the clink after another public disturbance. Though the humble (and awesomely named) bubble and squeak is far below his aristocratic roots, hunger is the best sauce, and it ends up being the greatest thing he’s eaten all week. I’m a big fan of leftovers, and bubble and squeak is one of those great “cleanup dishes” designed to gracefully use up dinner from the day before.

10. Harry Potter and the Sorcerer's Stone by J.K. Rowling

I’m an unabashed superfan of both pies and Harry Potter, so when the two get combined, it is—if you’ll permit me—magical. If you’ve done any kind of travel in the UK, you’ll know that they don’t relegate shortcrust to mere vessels of sugared fruit, but of meats and vegetables as well. The Cornish pasty (pronounced “pah-stee”) is a really famous example. Originally intended as a repast for miners, they’re super portable, and perfect for an active luncher. (Or, you know, a young wizard-in-training.)

Can you tell I’m the dad of a toddler? This classic is one of my daughter’s favorite books, and I can tell you from experience that the narrative holds up well to hundreds of public readings. This is my favorite spread, where the caterpillar gets ambitious after mostly boring holes through fruit.

One day I’d like to replicate the feast myself because it all sounds amazing. (But I will have to bear in mind the cautionary part of this tale and, as in the following spread, have some green leaves handy to stave off the inevitable indigestion.)

What are your favorite food moments from books? Leave your comment below!