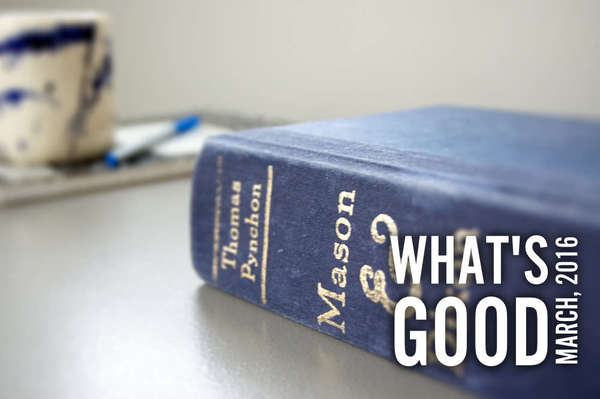 Welcome to What’s Good, ManMade’s monthly Show and Tell day, where we let you know what we’ve been reading, watching, and listening to (and where you can share with us too!). We’re going to be doing this series once a month throughout 2016, and I’m really excited about it! No more vacantly staring at Netflix wondering what to press play on; we’ll all have a bunch of good recommendations to pick from…

I just finished “Geek Love” by Katherine Dunn. It’s a (sorta) Oregon novel by a Portland-based author, and I finally decided to settle down with it this winter. I was into it for the first 60%, but admit to rushing through the final chapters. Glad I spent time with it, but struggled to keep my interest toward the end.

Now, I’m reading the latest edition of Lennard Zinn’s “Zinn and the Art of Road Bike Maintenance” as research for an upcoming series on ManMade. It’s a reference book, sure, but I have no problem going at it from cover to cover. It’s the best.

Mason and Dixon, by Thomas Pynchon

It’s 784 pages, and I only understand about a third of what I read, but somehow I keep wanting to pick it up. Clearly brilliant, even if a lot of it goes over my head. Do I recommend it? Yes! In the same way that I recommend a really tough workout; it’s hard, and painful, but kind of awesome too. 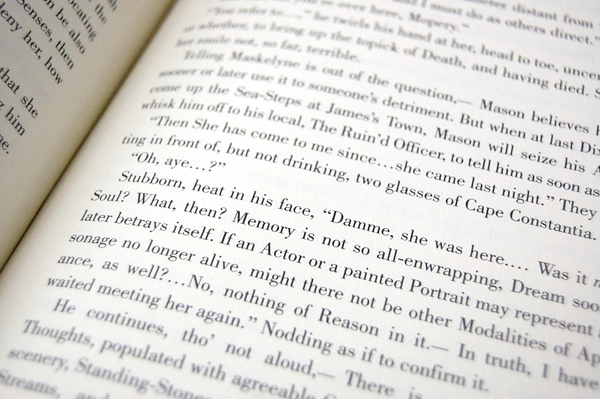 I’m deep diving into some short stories actually. Working my way through Hemingway’s Complete Short Stories, and I just finished Norman Maclean’s A River Runs Through It and Other Stories. Lots of nature and white doors.

I’m reading The Organized Mind. It’s a technical read on how we think, store memories, and what that means for the way our brains actually work. Reading about how my mind works is both fascinating and overwhelming.

I’m also reading A Path Between Two Seas. It’s a story about the Panama Canal and the incredible people that it took to make it happen. There’s a big dose of Teddy Roosevelt in there which also helps make it an incredible story.

All the big year-end releases are now hitting our favorite second-run arthouse theater, so we’ve been catching up on the awards-buzzy films. Carol, Room, and Spotlight were good enough, but I found Hail, Caesar frustratingly disappointing.

I just signed up for a free trial of HBO Now, so I finally have access to that catalog for the first time. We’ve been binging on standup specials (Tig Notaro, Amy Schumer, etc.) and the first seasons of Silicon Valley, Togetherness, and Girls.

I finished Deadwood and season two of Transparent last month and still haven’t found something great to get into. Suggestions welcome!

Nothing at the moment! I’m shooting a new movie for the month in Charleston and I’m purposely using my downtime for other recreations. I’m watching the neighbors sit in rocking chairs on their porch mostly. [Ed. –  If you didn’t catch it last year, check out Justin in the critically-acclaimed Dear White People] 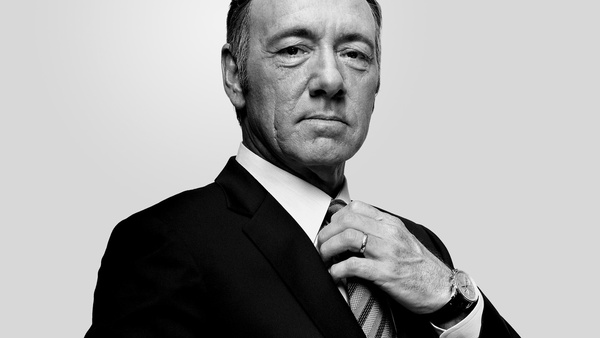 House of Cards Season 4! This series gives a sordid, twisted, but equally strategic and candid look at the rise of a cunning politician from the lower echelons to the President. It’s the sweeping strategy that feels real enough to be believable that really makes it a fun watch.

The last record I bought was Chris Staples’ “American Soft” which came out a year and a half ago, but I just got around to. Whenever I buy something on vinyl, I tend to play it for several weeks straight, mostly because I want to familiarize myself with it before it gets lost on the record shelf. I think it’s lovely, and really nice for this time of year. 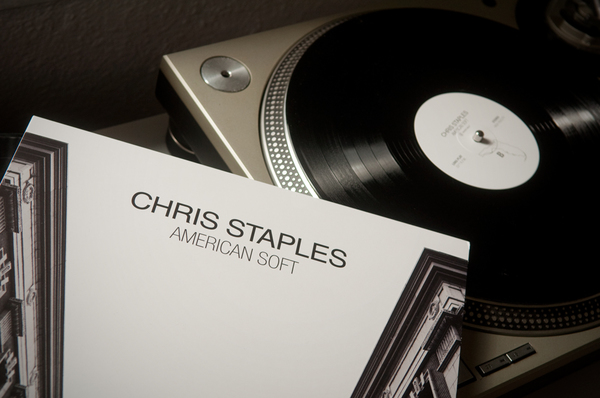 While working on projects, I’ve been delving into the archives of Fine Woodworking’s podcast “Shop Talk Live” I worried an hour’s worth of audio-only woodworking content would be too much, but it’s turned into a good friend as we’ve been setting and fixing up our new house. I eventually just went back to episode one and started the whole way through.

This was stuck on repeat as we drove through the snowy north woods of Minnesota. Puts me in a mood I can’t quite describe; like when I wake up from a perfect nap.

Come Pick Me Up, by Ryan Adams

I did this one for a karaoke night with friends a few weeks back. Adele and Miley Cyrus were tough acts to follow, but I think I held my own.

I’m currently listening to American Gods by Neil Gaiman on audiobook and loving it. The version I have is read by a full cast and includes 12,000 extra words as the author’s preferred edition. It’s being turned into a show for Starz and you should definitely check it out if you haven’t.

I’m loving Griffin House, an indie folk band that’s great for Sunday morning breakfast, driving, or wherever you want a beat and some layers of eclectic sound that will stick in your head. I’m also loving the new Google Play moods, where playlists are suggested based on what you’re up to.

That’s What’s Good this month on ManMade! Let us know what you think of this new series, what you’re digging on, or what we totally got wrong.