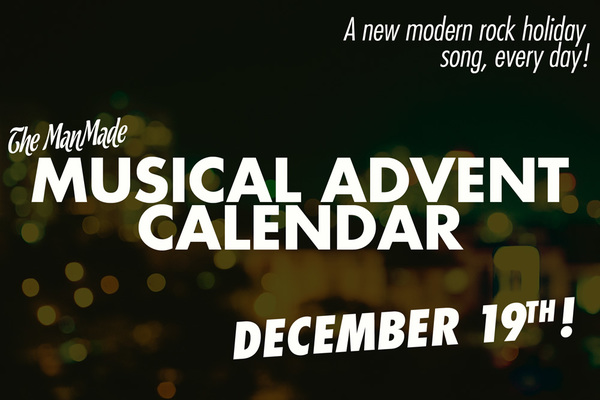 And so, in 2015, we’re sharing our ManMade Musical Advent Calendar, where we offer a new favorite holiday song every day, by bands you actually care about.       Saturday, December 19th, “Alan Parsons in a Winter Wonderland” by Grandaddy

This completely lovable, totally bizarre-o gem originated on an unreleased compilation album, Windfall Varietal, sold only at live shows. Non-believers might question the connection, but general fans of Grandaddy’s blips and bloops and whisper vocals will find no problem in making the leap to building a snowman and pretending he is Alan Parsons. The actual origins are unclear, but a band who uses the recording studio as an instrument doing that very thing to pay homage to a great audio engineer and electronic music pioneer certainly makes sense to me. This is the song Grandaddy would make if they made a Christmas song, and, boy, is it catchy.