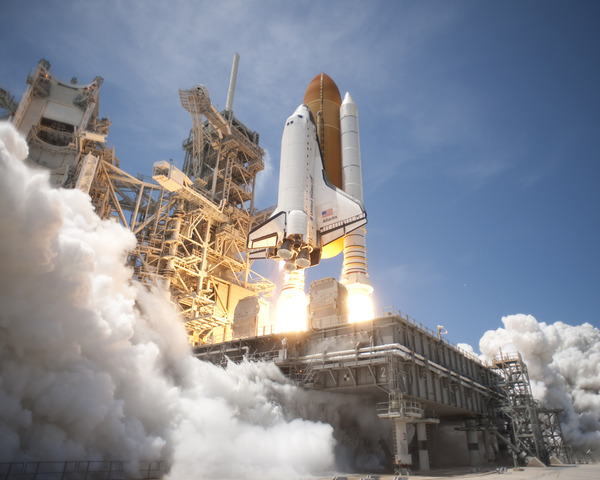 Tax season can be a bummer. But now you can get every cent of your tax dollars by listening to NASA’s new library of deep space recordings that you can use and/or remix however you like. You can listen to a lightening storm on Jupiter. A LIGHTNING STORM ON JUPITER!

Many of these fair-use recordings had previously been available to download at SoundCloud, and just a few months ago NASA posted a bunch more.

There are your standard seminal soundbites such as, “The Eagle has landed,” “Houston we’ve had a problem,” and “One giant leap for mankind,” in addition to recordings from the inner workings of NASA ground control and JFK’s public speeches about the space program.

You can hear recordings of rocket and shuttle liftoffs and catalogues of our satellites and equipment in space (including the original recording of Sputnik) and non-human, deep space sounds like interstellar plasma and radio emissions. And just one more time, you can listen to a lightening storm on Jupiter.

The sounds require a NASA source citation to use them, but other than that you can repurpose them however you’d like in your next mixtape or art project. Or if you just want to sit back and experience the benefits of how far humanity’s ingenuity has brought us in the past century. Rock on.