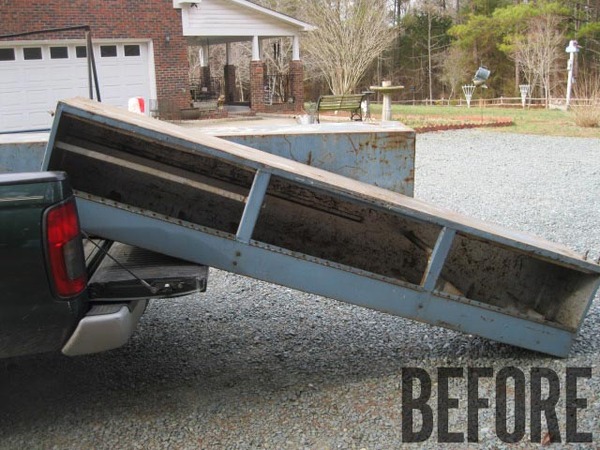 We love a good furniture makeover, but we’re even more excited by repurposing totally unrelated objects into practical items you can use in the home. ManMade reader Braden sent us a picture on Instagram with a “Hey, I think you’ll like this project.” Well, we did, so we asked Braden to walk us through it. Here’s what he had to say.

I like browsing craigslist for stuff with the terms “old, vintage, rusty, retro” just to see what’s out there. Sometimes you can find some pretty cool deals, and I love re-purposing​
used pieces that have that great “patina” that only old rusty stuff has. 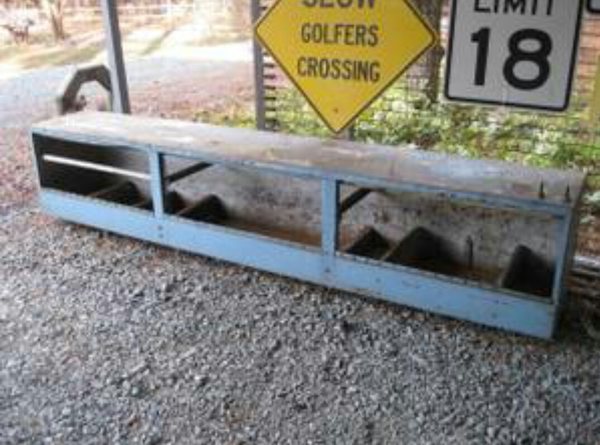 The utility truck box immediately caught my attention, and after getting in touch with the guy I was able to talk him down to $70. Had I found it where he did, I’m sure I could have gotten it cheaper, but I was still happy with the price… knowing what I had planned for it.

After it sat outside for a couple weeks (we’ve had some really crummy weather down here in NC these last week of winter), I finally had a nice day on the weekend so I decided to tackle this project. The only materials I really needed were some pine board, some wood screws, some casters and some nuts and bolts. Thankfully the box measured in at exactly 8′ long on the top, so I was able to buy lumber without having to make any extra cuts. 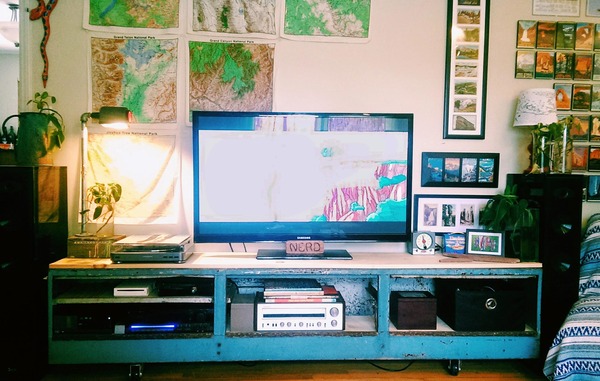 The width on the top was 15″ so I ended up getting 2 1x12s at 8′ long and one 1×4 at 8′ long as well to make up the difference on the top. When I got home, I first drilled holes for the casters (which I already had lying around.) I chose to set the in from the edge about 2′ to reduce the stress on the middle (not that I’m super worried about a solid steel box flexing much.) Once I got the casters all drilled and bolted on, I flipped the box back over and started working on the top. The two boards I got for the top fit perfectly without any cutting at all, so I clamped them together and got them adjusted just right. I then drilled pilot holes through both the wood and the metal with a bit small enough to allow the threads on the wood screws to catch the metal and pull the board tight. Since pine board is so soft, I decided not to use a counter-sink since the screw heads would end up sitting flush anyway. 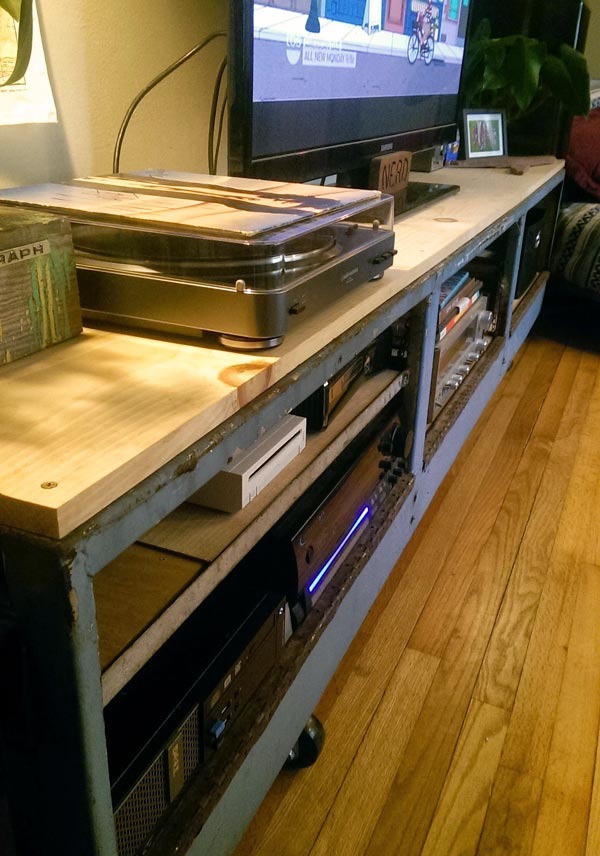 Once the top was done, I started the inside shelf. I chose not to get a board that would sit flush with the back wall of the box because I planned to leave a channel at the back for hiding all the wires from the electronics I’d be putting in it, which is one of the nicest things I found about this project. I cut some 2×4 scraps I had laying around to bring the shelf up level with the bottom of the openings on the front. I had to add some 1×2 strips to the tops of the 2x4s to get it flush. I then cut the remaining pine board into 3′ sections so I could fit it into each of the 3 front openings. Lastly, I took my handheld cutoff tool and cut a square hole in the back of the box for the wires to enter, added a bit of rubber stripping to cover the sharp metal. 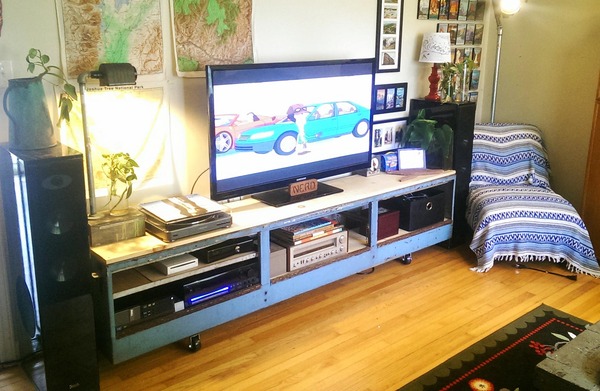 And I was left with a nice, modern-industrial looking entertainment center. It could also be used as a bench. I chose to leave the pine board unfinished because I liked the contrasting color with the blue of the box, and I’d like it to develop some more character over time. Either way, you’d easily pay over $400 for something similar if you bought it “new.” All said, the project took me about 2 hours to finish and definitely adds a lot of character to my living room. My original intention was to built it then sell it off, but I just ended up liking it too much, so it’s staying with me.

Thanks for sharing, Braden. If you’ve completed a project you think we’ll like, feel free to email it to Chris@ManMadeDIY.com, or hit us up on social media @ManMadeDIY.