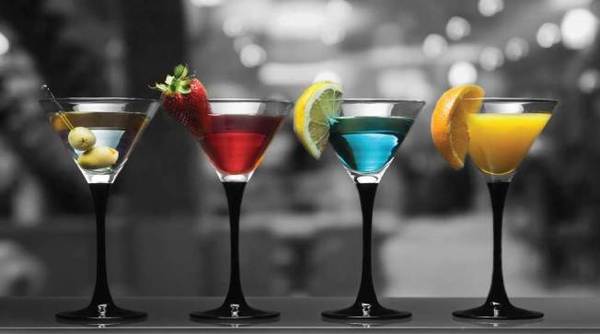 These days, the throwback “artisanal” cocktail scene can be easy to mock, what with its arm garters and ____ + ____ names and all. those. tinctures. But, don’t forget that just a very short time ago, a “mixed drink” typically meant something frozen, blended, and saturated with sugar, with colors so unnatural they rivaled 90s candy aisles, and drinks named for sex acts and bizarro body parts.

If our current cocktail culture is a throwback to the post-prohibition era of WWII and its aftermath, what exactly happened in the middle there?  What was going on with those three or four decades where baby boomers ordered neon slushies at airports and shopping malls?

For those three penurious decades, classic cocktails seemed lost in the mists of yesteryear, emerging only occasionally at film noir screenings or in the auction-catalog descriptions of rich dead folks’ glassware. Dessert-leaning mutations indistinguishable from milkshakes proliferated on drink menus. Artificial ingredients and flavored vodkas dominated the landscape, and amateurs of every stripe pushed misbegotten shots named after sex acts and vat-sized “-tinis” that made a mockery of that once-glorious suffix. For those who liked cocktails—that is, a balanced, high-proof libation mixed by dedicated professionals using high-quality ingredients, with attention to technique and detail—times were really tough.

It’s an interesting discussion, especially for someone like me, who grew up seeing all these things on menus and in adult movies and 1) not really knowing what they were or what was inside and 2) thinking that pink or yellow slurpee was actually a daiquiri or a margarita.

Good stuff. Go check it out: History, Sugar and Sex: Why Mixed Drinks Were Terrible for 30 Years [TalkingPointsMemo.com]