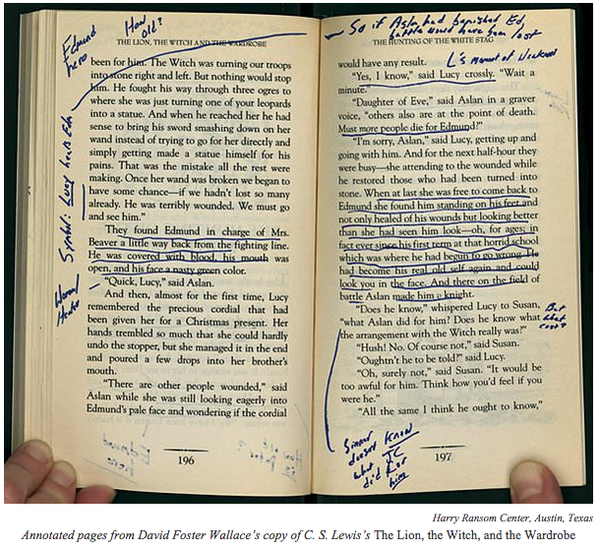 Tim Parks, a scholar, novelist, and Associate Professor of Literature, offers a look at active reading; a way of achieving better attentiveness when spending time with a book. Want to have better understanding and retention when reading a book?   Says Parks: use a pen. Like when you were in college.

There is something predatory, cruel even, about a pen suspended over a text…. The mere fact of holding the hand poised for action changes our attitude to the text. We are no longer passive consumers of a monologue but active participants in a dialogue. Students would report that their reading slowed down when they had a pen in their hand, but at the same time the text became more dense, more interesting, if only because a certain pleasure could now be taken in their own response to the writing when they didn’t feel it was up to scratch, or worthy only of being scratched.

There’s a pretty interesting discussion of the relationship between writing in the margins and the current (not) equivalent: the internet comment section. Worth a read.

A Weapon for Readers [NYBooks.com]