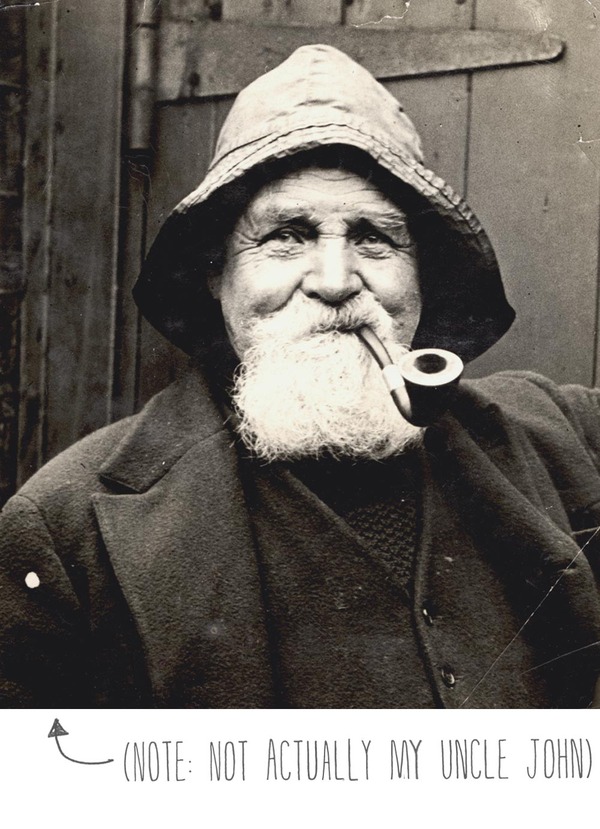 I have an Uncle John, and I imagine (statistically) most of you do as well. My Uncle John was a fantastic uncle to me growing up (and still is), but in particular, I remember him showing up on random occasions in my childhood with strong opinions and obscure stories that I took as the golden truth for much of my young life. As I got older, I was shocked to discover:

They were actually true. Well, more or less… 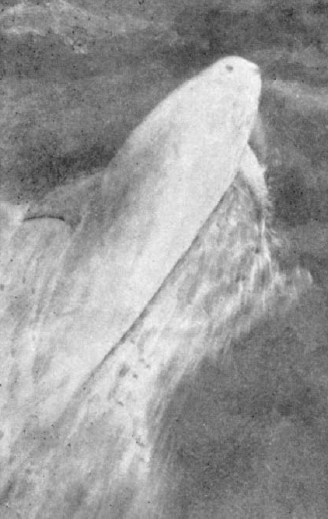 The Tale of Pelorus Jack

This first story that I’d often recalled was the fantastical tale of a sea captain who found himself in a perilous situation: trying to navigate through a treacherous pass between two islands without the help of the naval charts he had lost. Luckily for him, a friendly dolphin swam up beside the ship which seemed to beckon to him and faithfully guided his ship safely to the other side. It sounds mythical enough to not merit too much investigation, but after a bit of research I was shocked to learn the true story of Pelorus Jack.

Pelorus Jack (pictured above) was the name of a single dolphin that did in fact appear to guide ships through the dangerous stretch of water in Cook Strait, New Zealand in the years between 1888 and 1912. Pelorus Jack was identified from photographs as a 13ft Risso’s dolphin (of which only 12 have been reported in New Zealand waters), whose sex was never identified.

The official story (according to Wikipedia) is that Pelorus Jack was discovered by the schooner Brindle whose sailors first saw the dolphin bobbing in front of the ship and were persuaded not to kill it by the captain’s wife. Instead, they decided to follow the dolphin who proceeded to guide them through the channel. Other captains soon heard about Perolus Jack and how there were no shipwrecks when he was around, and ships would even wait to enter the channel until he showed up for them to follow. In 1904 someone aboard the SS Penguin (pictured below) tried unsuccessfully to shoot at Pelorus Jack with a rifle, which led to legal protection for the dolphin under the Sea Fisheries Act on September 26th, 1904 (the SS Penguin later shipwrecked in the straight in 1909, many believe as a result of a curse for shooting at Pelorus Jack). 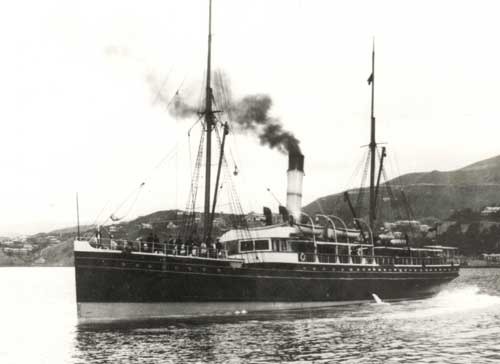 This is believed to be the first law protecting an individual sea creature, and it remained in effect until his disappearance in 1912. Perolus Jack was believed to be an older dolphin according to his coloring, and thus is presumed to have died of natural causes. This story to me encapsulates something about the need for wonder in life, and what one does with seemingly mythical information.

Next up, I remember my uncle telling me when I was slightly older what seemed like a farcical tale about (what I remembered to be) a modern day foreign king who decided to renamed the months and days of the week. As it turns out, a basic google search reveals this to be the true story of Saparmurat Atayevich Niyazov, the infamously repressive dictator of Turkmenistan from 1990-2006, who gave himself the title of Türkmenbaşy, meaning “Leader of Turkmen.” 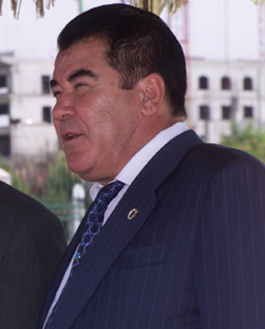 Türkmenbaşy was famous for his oddities, in particular for officially renaming the months and days of the week after members of his family, and requiring their adoption. This happened in 2002, which I found incredibly entertaining as a twelve-year-old. To begin, Türkmenbaşy simply renamed January, “Türkmenbaşy,” after himself. April was renamed, “Gurbansoltan” after his mother, Gurbansoltan Eje. May was renamed Magtymguly after his favorite poet Magtymguly Pyragy. And June was renamed “Oguz” after the supposed founder of the Turkmen nation according to Türkmenbaşy’s own autobiography and revisionist history of Turkmenistan (titled, “Ruhnama,” which was also what he renamed the month of September). Türkmenbaşy also officially mandated that citizens use the following new titles for days of the week (Monday-Sunday): First Day, Young Day, Favorable Day, Justice Day, Mother Day, Spirit Day, and Rest Day. After the mandate was passed, all state owned media was forced to comply and numerous non-Turkmen publications targeted at Turkmen expats began using the terms as well. Türkmenbaşy died in 2006 and the cabinet of ministers of Turkmenistan officially restored the original names of the week in July of 2008. This story really just serves as a personal reminder that history is a great and bizarre and always worth investigating.

Perhaps my favorite tale I’ve always remembered was a short snippet from a story George Foreman has told regarding his legendary fight with Muhammed Ali.

It was during the historic Rumble in the Jungle – “arguably the greatest sporting event in the 20th century.” George Foreman was the younger, heavier, harder-hitting and undefeated world champion, and Ali was working his way back to the top after being stripped of his title and suspended from boxing for 3 1/2 years for refusing to comply with the draft. It was 1974 and Foreman has described himself as overly confident and cocky going in. He had recently beaten contenders like Kenny Norton and Joe Frazier who had bested Ali in ring not too long prior. Foreman’s only thought beforehand was whether he should be merciful on Ali or not. Yet as the fight continued each round Ali started running his mouth (as he was wont to do), taunting Foreman by asking him if that was all he had. Each round, Ali threw his “Is that all you got?!” at Foreman along with “They told me you could punch, George!”  as Foreman laid into Ali landing hundreds of punches. 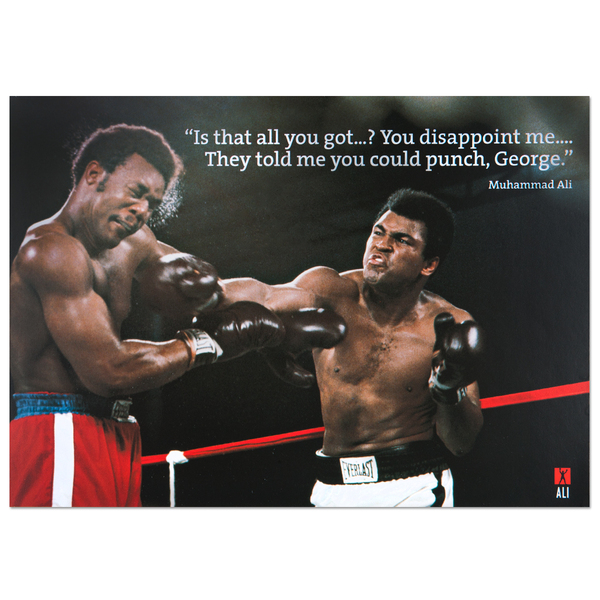 Unlike the victorious-looking photo above, Ali kept yelling these phrases primarily as he was on the receiving end of these punishing blows. With each refrain, Foreman started to wear down and began questioning if he really had it in him. It finally dawned on him in the seventh round when, after taking a hard right to the jaw, Ali pulled the heavyweight champion of the world into a bear hug and whispered, “That all you got, George?” and George had to think honestly to himself and realize, “Yeah… that’s about all I got.” Foreman was knocked out in the next round, and Ali was back to being the greatest.

I’m not really sure what the take-away of that story is or why its stuck with me. I think it has something to do with the respect for greatness. Knowing as a man that you’ve trained and given something everything you’ve got, and sometimes that just isn’t enough and that’s ok. Maybe something about knowing when you’re beat and how to recognize it. At the same time, it also says something about Ali’s bravado of thinking in his mind that he trained harder and was better fighter and how that he exuded that enthusiasm from every pore of being so that even if he didn’t believe it, George Foreman certainly had to. I recently came across an excerpt by George Foreman that briefly describes the incident in this tribute he wrote for Ali’s 70th birthday.