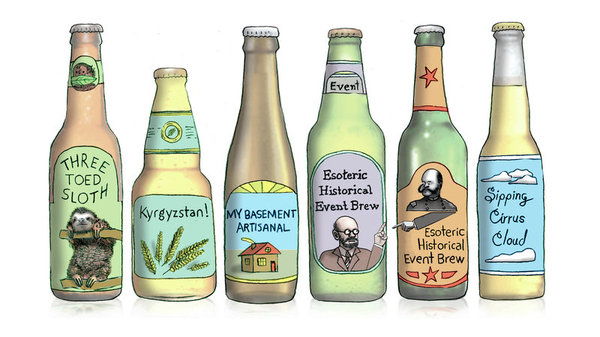 How many sound-alike ways can your local craft breweries incorporate “hop” or “rye” in their pun filled beer names? Apparently…not enough.    And the “great minds think alike” phenomenon of similarly named beers from distinct breweries has begun to generate some legal drama. Are we at the point where nearly every beer name is taken?

NPR reports, “Virtually every large city, notable landscape feature, creature and weather pattern of North America — as well as myriad other words, concepts and images — has been snapped up and trademarked as the name of either a brewery or a beer. For newcomers to the increasingly crowded industry of more than 3,000 breweries, finding names for beers, or even themselves, is increasingly hard to do without risking a legal fight.”

And in addition to brewery and beer names, label designs and even tap handles can also be trademarked. And even for non-litigious brewers who don’t worry about trademarking their brews, another company can come along, take a beer name, and then apply for the trademark, rendering the original in violation. Truth.

Check out the full piece at The Salt: Craft Brewers are Running Out of Names, and Into Legal Spats