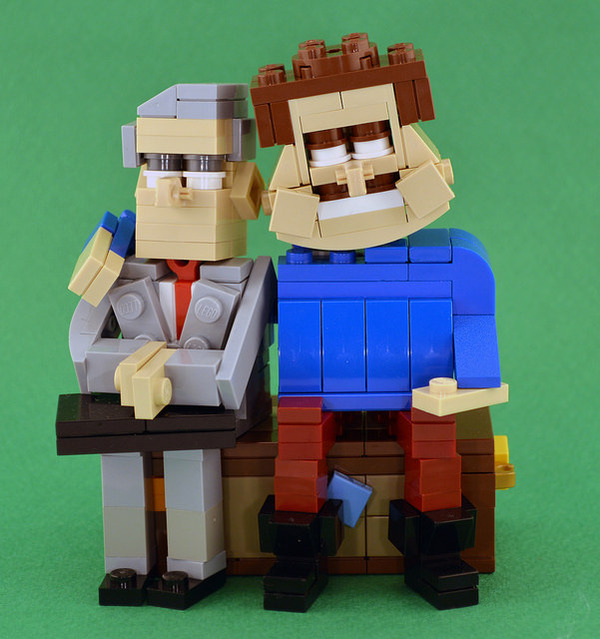 Alright, pop culture people. Challenge time: Name the film characters in the image above. Or perhaps this one: 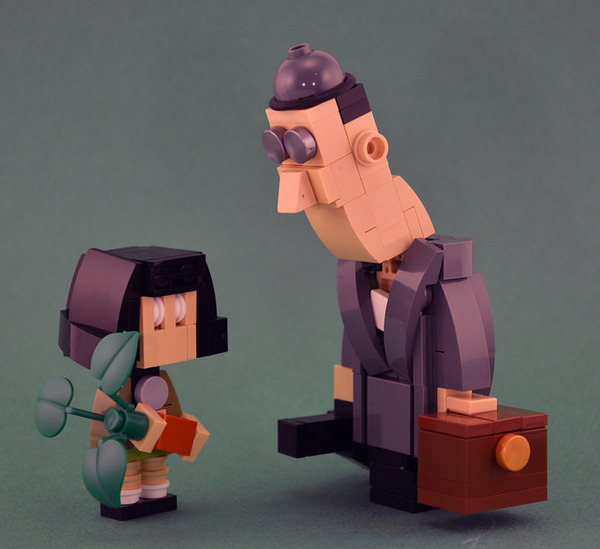 These are from a ten-part series from LEGO crafters SuckMyBrick, who’ve created some easily identifiable (and not-so-easily identifiable) film roles in bricks. It’s interesting how working within the limits of this small scale medium gives a cohesive stylization where the LEGO demands how each character is rendered. 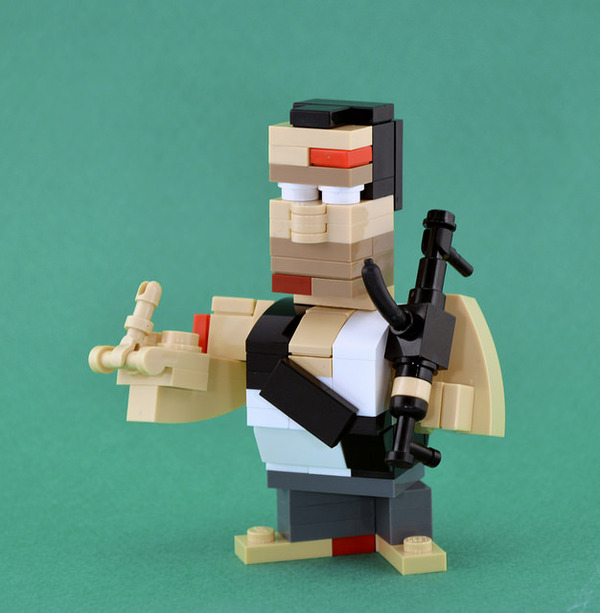 See all the images, and find the answers, at SuckMyBrick’s Flickr page: Movie Quiz