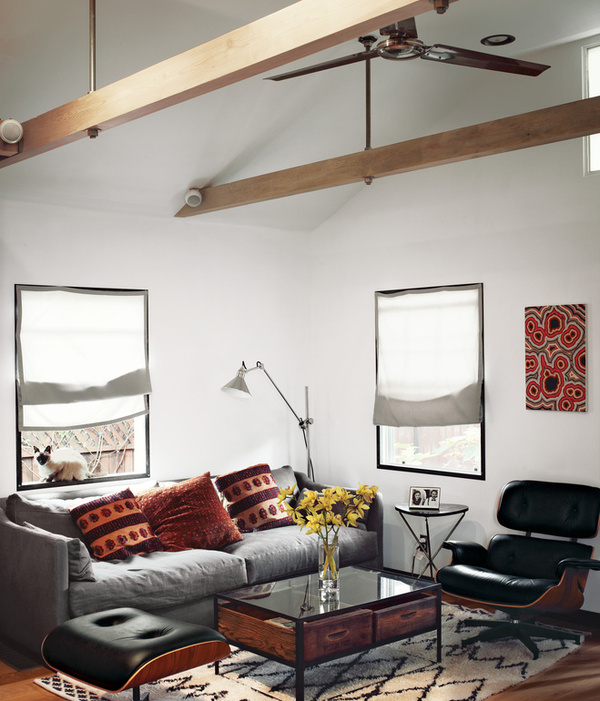 When Mad Men actor Vincent Kartheiser found success and bought his own Hollywood home, he ignored the sprawling mansions and purchased this, instead: a 580 square foot cabin. The space is full of clever space saving details and designed with a masculine yet sleek aesthetic the Kartheiser calls “Japanese industrial.” 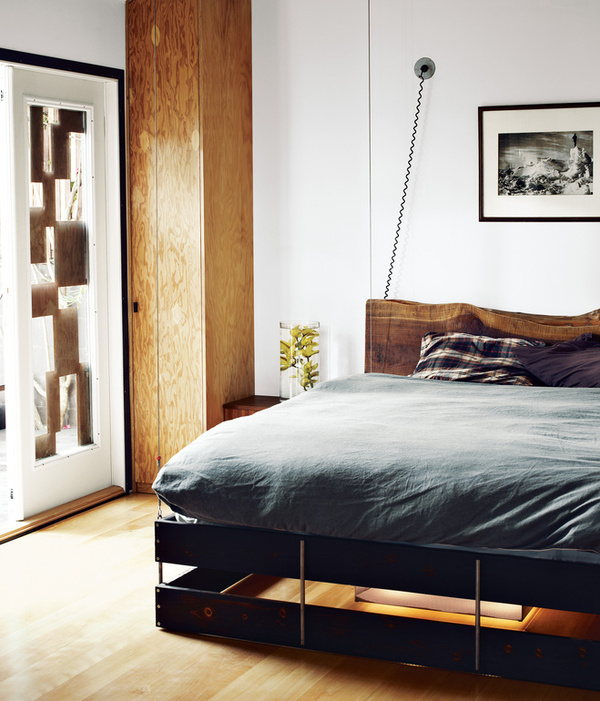 Astoundingly, the diminutive space was carved into a variety of rooms, something that the actor endured until he commenced a partnership with designer and builder Funn Roberts in 2010…An obvious move—considering that Kartheiser had yearned for a loft—was to completely open up the space to make it one large room…The home’s masterstroke is a bed that descends from the ceiling for sleeping and then rises again to give Kartheiser extra living space once he’s up and about. The pulley system that controls the hanging bed needed some serious hardware, including a 300-pound steel counterweight that’s hidden in a corner of Kartheiser’s closet. For the headboard, Roberts fastened a huge slab of redwood to the wall but put it on hinges so that, when the bed is raised, the piece of wood can flip down to double as a desk. 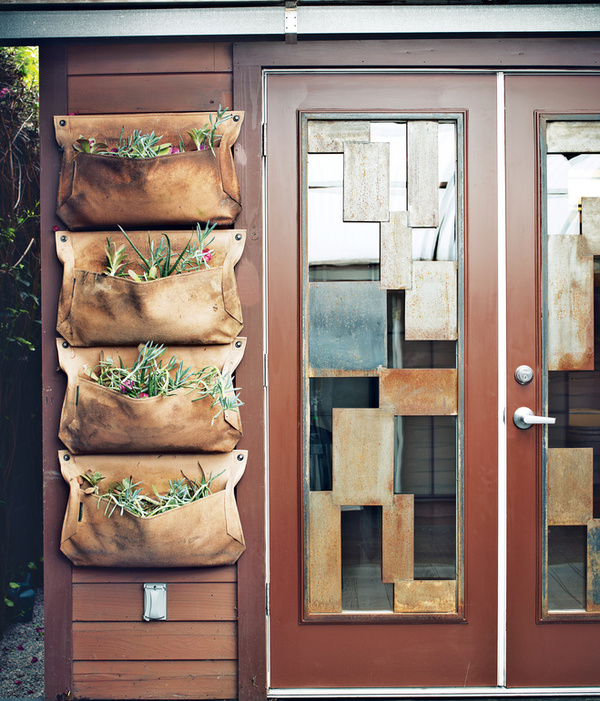 Take a full tour of the cabin, including a rad outdoor space with a killer sauna and ceiling treatment at Dwell.com:  THE TINY HOLLYWOOD HOME OF MAD MEN’S VINCENT KARTHEISER